You are here: Home » Prophecies » “The time has come for My glory to be revealed.”
Share this post: 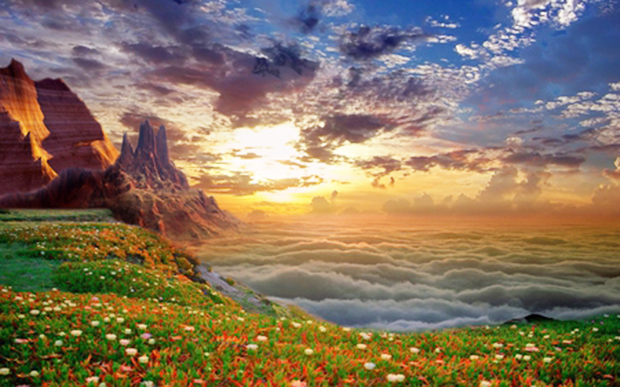 We are living in a time of spiritual warfare like no other. Witchcraft is rampant and, just as in the days of Elijah, there are powers, principalities and rulers of darkness trying to take authority over our nation to no avail.

There is a story in the Bible about the prophet Elijah confronting the prophets of Baal on Mount Carmel against their false gods. Elijah invited 450 prophets of Baal to a challenge. He asked them “How long will you waver between two opinions? If The Lord is God, then follow Him”. If Baal is God, then follow him”. Elijah then told them to make a sacrifice without a natural fire and the God who answers by fire will prove to be God.

They built an altar, slaughtered and cut oxen, then laid them on the wood of the altar. Elijah told them to pray for their god to send fire to light their sacrifice. The prophets of Baal prayed all day and night, and even cut themselves to offer blood to their god without success as Elijah mocked their god. The next day Elijah told them to pour water on the altar three times. When he called on the Lord (Jehovah) God sent a fire and consumed all the water, the sacrifice and the stones. When all the people saw it, they fell on their faces; and declared, “The Lord (Elohiym), He is God!

We have authority over all the power of the enemy and nothing by any means can harm us. Jesus is raising up godly men and woman who will speak into the darkness and say “Let there be light” as we take the reins of intercession to steer our country in the right direction. He is raising up the Elijah’s who will tear down the alters and confront the prophets of Baal. We will then witness the inevitable supernatural intervention and power of God in our Country, personal lives and ministries.

“I am about to demonstrate My power in a magnificent way in the days ahead, as I release supernatural encounters which will cause men to acknowledge My deity as well as experiencing My presence. This is the day of unnatural occurrences when men will leave their religious traditions and follow after truth. Do not fear or be intimidated by the prophets of Baal, as their plans will not succeed. I am El Shaddai and I will show Myself strong on your behalf. When you speak, it will not be with persuasive words or mortal reasoning of mere men, but in demonstration and power with signs following. The time has come for My glory to be revealed.

I will raise up those who will know how to call down fire from heaven to destroy the works of the enemy. I will train them how to thwart the strategies of the kingdom of darkness and cancel their assignments. They will dismantle his works of destruction by their authority from Me and the words of their mouths. I will teach them how to walk in divine wisdom, release revelation and have keen discernment. The sword of My word will be in their mouths because they are unwavering in their faith and their strength is in Me. Supernatural encounters and signs will follow those who believe and many shall be used mightily in this season. Know your identity and be confident of who you serve and you will experience My glory released in an unprecedented way in the days ahead, says the Lord.”

1 Kings 18:38-39
Then the fire of the Lord fell and consumed the burnt sacrifice, and the wood and the stones and the dust, and it licked up the water that was in the trench. Now when all the people saw it, they fell on their faces; and they said, “The Lord, He is God! The Lord, He is God!

Proverbs 26:2 (The Passion Translation)
An undeserved curse will be powerless to harm you. It may flutter over you like a bird, but it will find no place to land.

1 Corinthians 2:45
And my speech and my preaching were not with persuasive words of human wisdom, but in demonstration of the Spirit and of power, that your faith should not be in the wisdom of men but in the power of God.

Dream of Donald Trump Getting Ready to Push The Mark of the Beast.

I don’t think us Christians have any idea how time is passing exponentially as news of America abandoning the most vital nuclear treaty 20th century has just occurred. God is using Trump not to make America great again but to expose how ripe the world is for judgment and to help Him bring down the curtain.

In Marty Breedan’s vision of December 28, 2016 he was standing alone at night in a football stadium and the scoreboard said 2:13 when he heard the Lord’s voice say, “My church should be living as though this is the two minute warning.” The thought came to Stan Johnson this morning as he was standing in his shower, Could the 2:13 mean two years and 13 months from the time of Marty’s vision? That would be January 28, 2020. The Mayflower Compact was signed November 11, 1620. In 2012 Shane Warren said there is a 400 judgment cycle and America’s judgment is in 2020. Terry Bennett was told by angel Gabriel, the fall of America would be 2021. Sadhu Sundar Selvaraj said America’s 4 year respite ends January 2021. http://www.prophecyclub.com/

1. If we do not withdraw with Him (Jesus) we will soon withdraw from Him.
“As a result of this many of His disciples withdrew and were not walking with Him anymore.”
John 6:66

Enjoying His sweet presence sustains us will help us not struggle. Lingering in His presence—staying there is snuggling.

2. Snuggle don’t struggle—Our struggling is in exact proportion to our lack of “snuggling” with God.

3. Less thinking more drinking—being alone in the prayer closet many people just sit and think. We need to shut off the thinking (not nothingness). We lack drinking in the Lord b/c of so much thinking. Scattered minds are so common. Stop the thinking and put everything upon Jesus and the Father and the Holy Spirit in adoration. God looks for adoration.

4. The essential Christian message is not behave, but behold. In adoration we receive the power of application. Without adoration application leads to frustration, with adoration He is able to perform through us. As we proclaim and preach Him it is to get people to behold Him, not to behave for Him.

5. If we seek God for power we forfeit intimacy. Our motive for coming to God is everything. If we come to God for something other than just Him we miss Him. People come to God for all kinds of reasons, to get something from Him, to increase in power, to gain brownie points, to manipulate God’s hands, to do something, you name it. People are infatuated with power — even to use God to manifest God. The reality is this-Sons are in love with their Father and are in sync with their Father. They begin to do more for God by “accident” then they ever did on purpose. You will yield forth fruit effortlessly as you enjoy the Lord.

May God come today in the clouds for His children first the dead then the living destination eternity with our Lord and Savior Jesus Christ.

People alive today barring the very young have had plenty of time to seek Jesus and ask Him to forgive their sins and save them. It just takes a few seconds to call on the name of the Lord to receive the gift of eternal life. Time ‘s up.

What’s amazing to me after 1,000 years of true peace and prosperity with Jesus at he helm millions of people will join Satan in a last ditch effort to usher in Lucifer as their god. My guess the last century of the millennium will be like the 20th century, full of sedition, rebellion in anticipation of the serpent’s return. Jeremiah 17:9 – The heart [is] deceitful above all [things], and desperately wicked: who can know it?

Elaine I was thinking the very same things about my nation Australia,two very bad laws have been in the news this week,one legalising sex selection and full term Abortion in qld with two doctor’s signatures and the other law soon to come in with agreement from the two main parties is against discrimination against students in faith based schools based on their sexuality,which can encompass more than same sex attracted,but they are not defining it.
I was thinking about a dream I had,I saw Elijah breathe into someones mouth and touch their toungue. I have been declaring,when the enemey comes in like a flood the Spirit of The Lord will lift up a standard and put him to flight. These are laws of unrighteousness but they are nothing against the sword of the Lord.
we will see a turnaround if we proclaim God is greater.

Amen sister Elaine, I receive it in the of Jesus Hamashiah

Amen, we will be able to use the word of God against the principalities and powers trying to destroy this world. Jesus is our victory and no weapon formed against us will prosper.

Proverbs 21:18
The wicked is a RANSOM for the righteous, And the treacherous is in the place of the upright.