You are here: Home » News » Homosexuality News » Tim Tebow Stays on the Sidelines in Controversy over Homosexuality 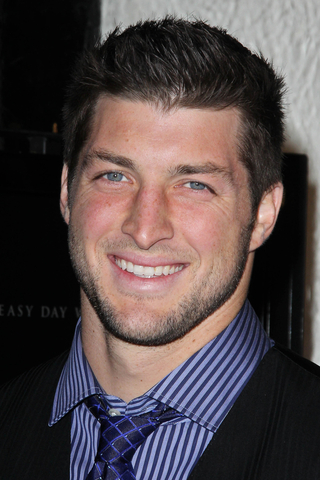 New York Jets quarterback Tim Tebow has opted to stay out of a firestorm of controversy surrounding homosexuality. Tebow was coming under severe pressure from liberal news media outlets over his plans to speak at the First Baptist Church of Dallas in April.

Nearly a year ago in March 2012, Tebow’s speaking engagement was criticized by Meredith Bennett-Smith at the Huffington Post, “This polite strand of evangelicalism stands in sharp contrast, however, with the barnstorming, hate-filled rhetoric of the church where he is scheduled to speak in April.”

The Baptist Press reports the following comments made in an article by CBS Sports columnist Greg Doyel:

Doyel said that Jeffress wasn’t as bad as Westboro, because he doesn’t promote protesting at funerals of U.S. soldiers or have his church members yell things like “God hates fags.”

“But he comes close,” Doyel wrote. “Too close. He believes, he has said, ‘It’s a fact that [AIDS is] a gay disease so there’s reasonable reason to exclude gays from the military.’

“Jeffress is a bad guy,” Doyel continued. “He says Jews and homosexuals are going to hell. He says the Catholic church is a satanic cult. He says Islam ‘is a religion that promotes pedophilia — sex with children.”

Doyel blasted Tebow for agreeing to speak at the church.

Tim Tebow called Robert Jeffress, pastor of First Baptist Dallas, on Wednesday evening, then released a series of tweets on social network Twitter today to notify First Baptist Church that he was cancelling his scheduled appearance. His tweets were upbeat and positive. He did not give the specific reason for cancelling other than saying “due to new information that has been brought to my attention.” The following is what he wrote:

“While I was looking forward to sharing a message of hope and Christ’s unconditional love with the faithful members of the historic First Baptist Church of Dallas in April, due to new information that has been brought to my attention, I have decided to cancel my upcoming appearance,” Tebow wrote. “I will continue to use the platform God has blessed me with to bring Faith, Hope and Love to all those needing a brighter day. Thank you for all of your love and support. God Bless!” [Continue reading…]

“We are saddened that Mr. Tebow felt pressure to back out of his long-planned commitment from numerous New York and national sports and news media who grossly misrepresented past comments made by our pastor, Dr. Robert Jeffress, specifically related to issues of homosexuality and AIDS, as well as Judaism.

“As a Christian pastor, Dr. Jeffress takes a biblical approach to moral and social issues, closely following his duty to preach ‘the whole counsel of God,’ and not just address issues that are politically correct. First Baptist is a church built on the truth of Scripture, even though at times that approach can be perceived as controversial or counter to the prevailing winds of culture. The reason for the recent media firestorm is not because the Word of God has changed, but because society has changed.

“More important, contrary to editorializing in the media, Dr. Jeffress shares a message of hope, not hate; salvation, not judgment; and a Gospel of God’s love, grace and new beginnings available to all.” [Continue reading…]

The hypocrisy of the liberal news media is amazing. The very thing they are accusing First Baptist Church of doing is the very thing they themselves are guilty of doing, which is refusing to tolerate any view that is different from their own. They are showing extreme intolerance, even outright hatred, for anyone who believes the Bible is true and takes a stand on that belief. CBS Sports writer Greg Doyel described his position saying “I despise Robert Jeffress,” which is merely a politically correct way to say I hate him.

So they lob grenades at Christians, accusing them of being hatemongers, while at the same time spewing their hatred at Christians. Nobody at First Baptist Church has been quoted as saying they despise homosexuals. In fact, they have expressed nothing but love and hope for homosexuals. Pastor Jeffress explained his own messages on this topic as follows:

“It’s not a hateful message; it’s a hopeful message that anybody can be saved regardless of their background if they simply trust in Jesus Christ.”

So apparently, anyone who believes the Bible is a hatemonger, while sports writers who spew their hatred at Christians are not hatemongers. In other words, right has become wrong and wrong has become right. This is the ultimate destination of a society that has rejected a personal relationship with God, kicked God out of all public arenas, and embraced political correctness.

No one is blaming Tim Tebow for wanting to take a pass on this controversy. It must be very unpleasant to be standing in the eye of the storm. However, it is sad to see the persecution of Christians in America has risen to this level, a nation founded by people who laid down their lives for the freedom to worship God, to believe the Bible, and to proclaim the good news of Jesus Christ. Those of us who still believe these truths must take our stand, no matter the cost, to ensure our liberties will be preserved and passed on to the future generations of Americans.

I won’t comment on whether Tebow made the right decision but there is no benefit for him in commenting to the press regarding these issues. No matter what Tebow says, they will twist & distort it or only publish parts of his statements to make him look bad. One person who needs to never talk to the press or be interviewed for TV is Joel Osteen. Unfortunately, he has not learned. With 85% – 90% of the pres being dishonest liberals, there is little chance of being heard properly or having statements carved up.