You are here: Home » Prophecies » “These three spheres of influence will be shaken and that which is right will stand!”
Share this post: 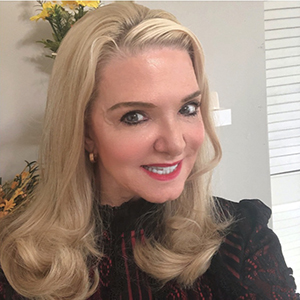 Recently, during my watch in the early night, I heard three words: currency exchange depot.

Then I heard this: Education, Media, and Arts. That got my attention!

I then heard, “The pirating is being watched and I Am restoring all things.”

That got my attention again so I looked up the word piracy. Piracy is defined as attacking or robbing ships at sea; hijacking and the unauthorized use or reproduction of another’s work. As I read the definition, I felt such sorrow. It was a deep, deep sorrow I experienced. It was such a feeling of deep sorrow that my eyes began to fill with tears.

Exposing the Piracy and the Price of Restoration

If God was about to restore, shouldn’t I be happy? Then I realized others were about to be “found out.” Again, I felt heavy. I quickly began to do a “check” and noticed a heaviness in my own spirit. “Was I guilty? Am I feeling guilty?” I asked myself. I began to repent just in case, but I still felt heavy.

My carnal man was excited that a restoration was about to commence. With that, I could soar to the heavens and establish a realm of praise that would open up realms upon realms. I love that! But my spirit was also so sorrowful. “Why Lord?” I asked.
I waited and then I heard a profound thing: “Pray for those who are about to be exposed. Many will be caught with ‘hands in the till.'”

Suddenly my heart went to those who committed plagiarism—those who stole, lied, and all those caught up in all sorts of corruption—even within the Body of Christ. That was my focus when suddenly the presence of the Lord began to speak in my right ear. I was being tapped out of my commonplace of thought. He spoke very clearly:

“Theresa, the Media is about to fold in. Some networks are going to fold up and many in business will be exposed. I am calling for a praying Church that will recognize where to pray, where to focus and to believe for the salvation of those who will be exposed.”

“I am highlighting three major influential arenas. I am causing a divine interruption of media, arts, and education. I am calling for these three spheres of influence to be challenged.”

“Yes, the world will soon see a battleground emerge in these three areas, and many will cry for justice! Parents will take their children from schools and a boycott of the film industry will emerge. Do not take this lightly,” says the Lord.

“These three spheres of influence will be shaken and that which is right will stand! For I am going to use My Church to be a bridge in the media. A new news beacon will emerge. Schools will say, ‘Come back, we heard you.’ The film industry will begin to listen to the people and more value will be placed on the family in films. This Christmas, many films will emerge that address healing within the family. Yes it is so,” says the Lord.

A Call to Pray for Those About to Be Exposed

When the Lord spoke, I began to cry for the souls that had battled against the right to carry values. I began to cry not for mercy but for salvation for those in these spheres of influence to encounter the Living God. I prayed for a holy conviction to come forth and for many to remember the God of their youth.

Then I heard these verses in my spirit and I was comforted:

I am asking to those of you who are reading this word to please pray for the offenders that were mentioned above. Pray specifically against the piracy which God spoke to me about and that the necessary exposures would take place. Pray for the ones who will hear and pray for the Christian to be willing to stand against the forces of evil and go for it.

The Scriptures clearly tells us we can, “Do all this through Him who gives me (us) strength” (Philippians 4:13 emphasis mine). I remind you that all things in this Scripture means ALL THINGS. Amen!

Dr. Theresa Phillips Is the wife of Rev Robert Phillips, USAF Ret. She is an International Speaker, Author, Recording Artist, and Business Owner. She is the founder and host of Global Prophetic Live Web TV, and has authored 22 books. She is senior pastor and founder of Kingdom Global Impact Center in St. Charles, Illinois, where she has served for 25 years. She is also an ordained bishop of Kingdom Global Impact Center. She is impassioned to help others develop their own destinies! She has been given a mandate from the Lord Himself, in a face-to-face encounter, to take the message of the realm of the Throne Room (the Seat of David) to help strengthen a weakened Body of Christ and to the lost in the streets for such a time as this!