Mental health is defined as our emotional, psychological, and social well-being. It affects how we think, feel, and act. It also helps determine how we handle stress, relate to others, and make choices. Mental health is important at every stage of life, from childhood and adolescence through adulthood (source: mentalhealth.gov).

The following are the latest statistics available from the National Institute of Mental Health Disorders:

Our society once said a person who was known to have a therapist or psychiatrist was deemed “crazy or looney.” Now more than ever since the “plandemic” have we been hearing the term mental health. Some years ago the prior term used was psych. Today you can find advertisements, commercials and even most health care insurance companies promoting mental health awareness. These include but not limited to suicide prevention hotlines, finding a mental health provider, online therapy and even support from a ministry.

The demand for health care workers are even higher. Since COVID-19 has affected thousands of professionals, many have simply opted for other careers. Whether entrepreneurship start-ups, remote work, returned to school/higher education, stay at home parenting or homeschooling their children. There is also a higher demand for psychiatric doctors and psychiatric nurse practitioners.

Many states have permanently shut down their long term mental health facilities from lack of funding. Most psychiatric hospitals only permit a 7 day (some longer) treatment stay. A family caring for a mentally ill individual is stressful in itself, coupled with medications and other necessities.

Back in the late 90’s as a newbie into healthcare, I worked at a “true” nursing home aka “old folks home” which is now known as long term care facilities. During that time, it was for the elderly who had Alzheimer’s, dementia, stroke or other similar diagnosis. BUT a transition took place which the company intermingled the younger population with the older population. This younger generation was a breed of ex-offenders, ex-gang bangers, alcoholics, substance abusers, suicidal and mental health disorders. As a 19 or 20 year old, I remember being puzzled and thinking how is this possible? Is this even legal? Fast forward to 20+ years later, the suicide rate has increased significantly.

I can recall countless weekends when a small church group would come to the facility every Saturday or Sunday to minister. This group consisted of kids and adults who were extremely joyful to share the word of the Lord. Even going room to room to pray for those who could no longer walk or get out of bed. I can recall listening to church programs with my grandmother on an old radio as a teenager; the announcer would say prayers for the “sick and shut in.” I can recall gospel tracts being handed out on street corners of not so safe neighborhoods.

In these difficult times, so many people are lost, confused and hurting. Some of them don’t know Christ as their personal Savior. No matter what a person has done or what walk of life they come from, He is gracious and caring to save. My prayer is especially for those who may not be in their right mind. May the love and peace of God overtake their life on a level they can’t comprehend.

Psalm 34:18-19 KJV
The LORD is nigh unto them that are of a broken heart; and saveth such as be of a contrite spirit. Many are the afflictions of the righteous: but the LORD delivereth him out of them all.
https://youtu.be/Bdicbi9Wcho 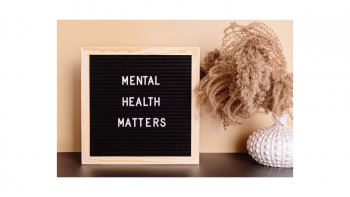 Excellent Post, Much needed Topic in the Hour we are Living in. Many folks suffering thru the fallout of the last Two Years.

Strength to All in our Lord Jesus Christ -Yeshua. & The Holy Spirit- The Great Comforter.

God bless you! This is the first time I have seen someone address this issue. And it certainly is a growing concern everywhere. The enemy is working aggressively to push everyone to make destructive choices out of desperation and negative emotions like fear, grief, sorrow, and anger. The assault seems to be coming from almost every direction. So we must remember to run to the rock of our salvation, our high tower and Deliverer, Jesus Christ. He is the secret hiding place of the Most High. We can call on the name of the Lord and be saved from our enemies. And we must share this and the Gospel of Jesus Christ with the lost.