UPDATE: Just received this from an accomplished highly intelligent attorney I have known for many years:

“I have just spent 10 hours a day in the hospital with my son since July 2, he is now stable but essentially went into A Fib they cannot fix now because of a clot (vaccine induced I am sure) after being sick 10 days following his second Pfizer shot. It’s too much to go into now, we almost lost him. He’s 32. No history of hypertension or heart problems. Vegetarian.“

It is happening all over. See, for example, this.

There are a huge number of cases of life-threatening reactions to the “safe” vaccine, especially among the young. Yet the social media “fact checkers”, facebook, twitter and google continue to deplatform those who give the alarm. That part of the medical profession that blindly without thought follow the Big Pharma “guidelines” issued by NIH, FDA, CDC, and WHO are accomplices to murder.

The idiot people overcome by orchestrated fear have ruined the health of a large percentage of the population.

In this 25 minute video Dr. Ryan Cole explains the adverse impact on the human body of the spike protein that is characteristic of both the Covid virus and the vaccine. Most people are not in serious danger from the virus. These people should not expose themselves to the danger of the vaccine. See this. 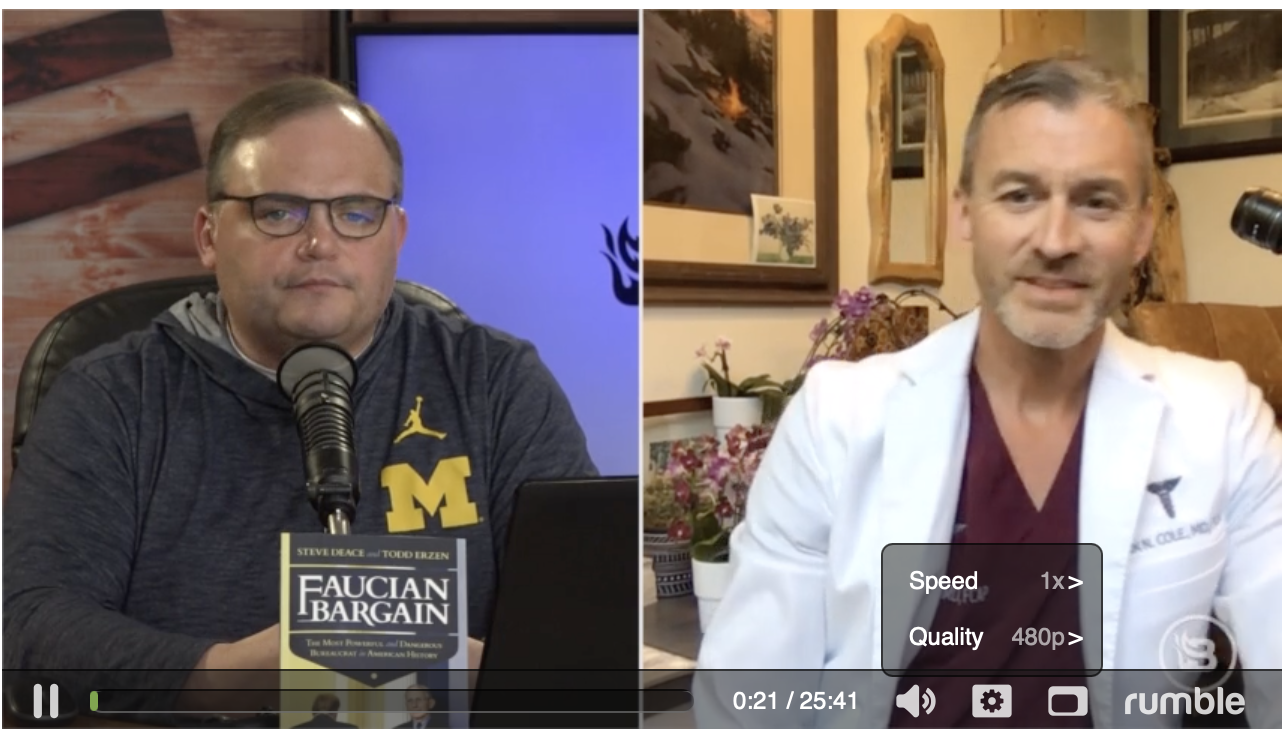 The failure of public health authorities to treat Covid with known safe inexpensive treatments enabled the generation of fear and panic that supported mass vaccination with an untested and unapproved experimental technology.

This primarily benefited Big Pharma’s profits and government encroachments on civil liberty and has harmed public trust in government and health authorities.

The vaccine adverse reporting system, which at best captures only 10% of vaccine-induced injuries—shows more death and injuries from the experimental Covid vaccine than from all vaccines combined over the past 30 years. Never before in history has a vaccine with such a high death and injury rate been permitted to be administered.

The facts have been kept from the people.

Big Pharma has enough scientists on its payroll and supported by its research grants that their careers force them to serve as advocates for Big Pharma’s agendas.

The presstitutes follow the hired scientists, not the independent ones. The American medical profession in general lost its independence because of Obamacare. After Obamacare hospitals bought up independent practices. One consequence has been the reliance of doctors on NIH, CDC, FDA, WHO guidelines—guidelines heavily influenced by Big Pharma’s interests—instead of thinking for themselves about how to treat patients. As so many medical practitioners are employees of large organizations, relying on official guidelines is a form of protection. In other words, Obamacare produced more bureaucratization of medicine.

It is the doctors and scientists who think for themselves who have devised the cures for Covid and who have raised the questions of the vaccine’s safety. As they are individuals and not large official organizations, they are outgunned by the material interests of the organized groups.

In place of debate and examination of the data there is the suppression of the evidence. Doctors and scientists who raise issues are censored and deplatformed.

A recent example is the resignation of scientists on the board of the professional journal Vaccines to force retraction of a peer-reviewed article that compared deaths from Covid with deaths from the vaccine.

Some who resigned were involved in the development of the Oxford-AstraZeneca vaccine or had research grants from Big Pharma. They claimed the article was faulty because it assumed all deaths following vaccination were caused by the vaccine. Of course, these same scientists did not complain when all deaths from flu, co-morbidities, and all other causes were attributed to Covid in order to create fear in the public that would cause people to line up for the untested experimental vaccine. See this.

Even the inventor of the mRNA technology that is used in the vaccine has been erased for warning of the dangers of the technology. See this.

In the United States today there is no longer any debate or examination of evidence. In universities, in print and TV media, and among scientists funded by interest groups and government, there is no debate. There is an official narrative and everything else is off-limits.

This is how we got a Covid pandemic, which never existed, and this is how we got half the population injected with an experimental technology about which scientists were mistaken. The spike in the vaccine has not remained at the point of injection but against expectations moves throughout the body, concentrating in the ovaries, causing blood clots, spontaneous abortions, and heart inflammation and death among the young never threatened by Covid.

This message cannot get out because so many scientists are owned by Big Pharma, because there is no integrity and independence in the media, because public health authorities have a revolving door with Big Pharma and legislators’ election campaigns are dependent on Big Pharma’s contributions.

The virus is mainly dangerous to elderly people with co-morbidities and impaired immune systems.

The current push to force vaccination on children and young adults in the face of the massive evidence that the vaccine is more dangerous to them than the virus is nothing short of a conspiracy to murder. It proves beyond all doubt that the agenda being served is not a public health agenda.

Dr. Paul Craig Roberts writes on his blog site, PCR Institute for Political Economy, where this article was originally published. He is a frequent contributor to Global Research.