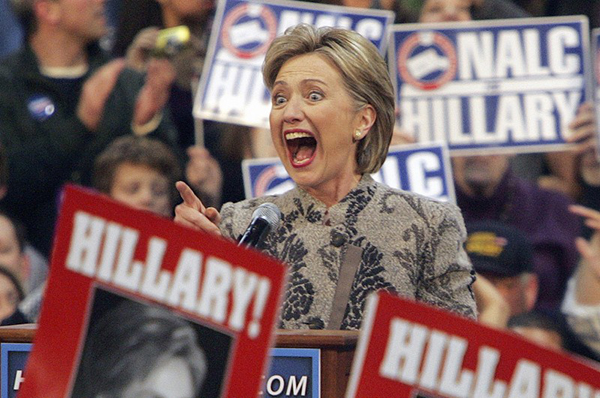 Rick Wiles read it during his broadcast last Friday March 4. Then I posted a transcript of it in my article, TD Hale: Destruction Has Been Diverted for a Season. I have updated this post, so it is correct now.

The first part of Pastor Hale’s word regarding the Republican candidates was all good, but the last part about the Democratic candidates was never supposed to be included because he did not hear anything about them in the word he received from God. He was only sharing his own thoughts about them.

I received an email from Pastor TD Hale yesterday explaining his error, which is shown below:

“Hey brother, I wanted to touch base with you and I also contacted Rick Wiles, when I sent the message to Rick, it was not to have the comment about Sanders. This is certainly my fault. Instead of typing everything out, I copied and pasted what I posted in a private chat room. I did not read over it to take that part out. The comment about Sanders was NOT the Lord, but simply me making an assumption, which resulted in a further conversation that I felt with the Millennial generation wanting him in and Hillary Clinton’s trouble with the email scandal, thinking she might have to step down. I am sorry for this confusion and take full responsibility for this. I do ask you to remove that. I did not have a clear word on the Democratic nomination, but at this point, over a month from the time of what I saw, it appears to be Clinton. Thank you and Blessings! Pastor Hale”

So unfortunately, Hillary Clinton is back from the dead. I was excited when I heard she was going to lose, but now we will have to wait and see what happens.

Several people have received prophetic warnings about a woman ruling over our nation and doing very dark terrible things, including Brian Carn, Hank Kunneman, William Branham, and myself. I have shared two dreams I received about that. With Hillary back in the race, I am concerned she might somehow be given the job, even if she loses the election.

Thank you James for this clarification, bless you. Now I see a light in the end of the tunnel. In my opinion, now all given words may fit. I suppose that Trump is going to win the majority of the delegates but not the absolute majority of 1237. Thus it will be the convention that will decide for the official nomination of Republicans and wouldn’t be surprised if the elites of establishment would decide for either Cruz or Rubio, fulfilling the prophecy of Brian Carn that the republican nomination will be a senator and that people will lose their trust in election process. That may cause Trump to create a third party and run the presidential election with this third party and even win, fulfilling John Poul Jackson vision for a third party in USA and the word given by TD Hale. But I don’t belive the elites will allow him to go to the ceremony due to a lot of things that are supposed to come in the near future or by their extreme actions against Trump, letting in duty Obama or the second place of the race that could be Hillary. Thus fulfilling all prophecies on this matter. Either way, what I heard recently from God in my personal time, we as belivers are in the training time yet, to be prepared for the coming matches against enemy. We have to be able to hear and to distinguish the voice of the Shepherd which will be vital for the coming days. Be blessed in the name of Lord Jesus Christ.

That is a very interesting analysis. Thanks!

That would be a no.

I watched Mrs. Clinton walk up a flight of stairs. She had to turn around and walk down the stairs in the dream that the Holy Spirit gave me and she was not happy about this.

?zoom=1.5&fit=1047%2C647
ben carson It’s Official: Ben Carson Backs Trump For President(TRUNEWS) Ben Carson has officially endorsed Donald Trump for president. The neurosurgeon and former presidential candidate said the two had buried the hatchet after making critical remarks against one another in past GOP debates. The men have had conversations in recent days. Carson admonished the Republican establishment for attempting to try and stop Trump and
Read more at https://www.trunews.com/#xGF9eH5TorMTabVI.99

I believe William Branham’s prophecy about the beautiful woman was about the woman of Revelation 17- the false apostate one world church.
“So he carried me away in the Spirit into the wilderness. And I saw a woman sitting on a scarlet beast which was full of names of blasphemy, having seven heads and ten horns. The woman was arrayed in purple and scarlet, and adorned with gold and precious stones and pearls, having in her hand a golden cup full of abominations and the filthiness of her fornication. And on her forehead a name was written:

William Branham’s prophecy about a woman in power was about a “beautiful” woman. That certainly does not fit Hillary although I have too have wondered.