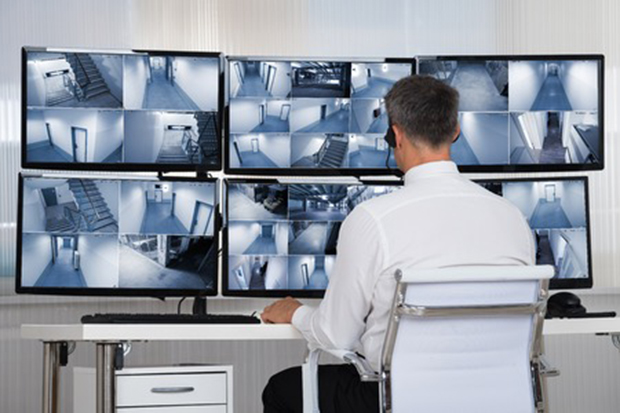 Millions of us have already scanned our face into facial recognition software utilized by our mobile devices to conveniently unlock them without requiring a passcode. However, there’s a hidden cost for that convenience as those scans are being used by our government to track us wherever we go.

A new study by The Carnegie Endowment for International Peace shows an alarming growth rate in governments using facial recognition software for surveillance purposes. Although China’s use of AI technology receives a lot of news coverage, the report identified governments of at least 75 nations are currently using it and 64 nations are actively using facial recognition software for surveillance purposes. At least 52 countries are using AI technologies for smart policing. Governments are also using other AI technologies, including deepfake videos, which can produce videos of any of us, saying and doing things we never said or did.

The Carnegie report confirmed that China is the world’s largest provider of AI surveillance systems. Perhaps the reason why investors prefer China is the same reason why China is a favorite staging ground for controversial genetic research, such as development of human-animal hybrids. China is a safe haven for these kinds of projects because it allows investors to avoid legal constraints that exist in western nations.

Another key finding of the Carnegie report is that Chinese surveillance products are often bundled with financing packages when sold to smaller, less affluent nations, which otherwise might not have access to this technology, including Kenya, Laos, Mongolia, Uganda, and Uzbekistan. Providing financing packages accomplishes two goals at once, spreading the technology by removing the cost barrier while also binding those governments as servants of the Chinese as the borrower always becomes the servant of the lender. (Proverbs 22:7)

However, China is not alone in this venture. The United States is also a major provider of AI surveillance technology. The Carnegie report found 32 nations are buying from U.S. firms, including IBM (11 countries), Palantir (9 countries), and Cisco (6 countries).

Surprisingly, the highest concentration of nations using AI surveillance systems was not in closed autocratic nations, like China, Russia, and Saudi Arabia, as might be expected. The concentration in those kinds of nations was only 37%, compared to 51% in advanced democracies where freedom supposedly reigns.

I believe the findings of the Carnegie study are another sign of the times showing how fast our world is changing, largely due to advances in technology. Ancient Bible prophecies are being fulfilled before our eyes as these new AI surveillance systems are likely to be key components used by the coming global government to enslave the whole world, as described in this passage:

16 He causes all, both small and great, rich and poor, free and slave, to receive a mark on their right hand or on their foreheads,
17 and that no one may buy or sell except one who has the mark or the name of the beast, or the number of his name.
18 Here is wisdom. Let him who has understanding calculate the number of the beast, for it is the number of a man: His number is 666. (Revelation 13:16-18 NKJV)

The FBI has over 640 million photos of us:
https://www.aclu.org/blog/privacy-technology/surveillance-technologies/fbi-has-access-over-640-million-photos-us-through#_=_

In 2013 I took my kids to Six Flags in Arlington TX. The was a park photographer working in a pretty place and I said “Take our picture!”. He told me how to pick it up later, and we excitedly headed for the next ride.
At evening we ambled wearily toward the exit. A young man in park uniform headed for me with a folder and asked, “Would you like to have your picture now”? I looked around and saw no kiosk. “I have your picture here,” he said. “I can’t pay for it, I’m out of cash,” I told him. He said, “It’ll go on your credit card.” “Are you carrying a card scanner?”. “No,” he said. “Well I’m not going to give you my credit card number,” I told him emphatically. Then he blew me away with, “Your face in the picture has already been linked with your credit card using the National Facial Recognition Database. All you have to do is take the picture and your card will be charged”. Totally creeped out, I said “No way!” then said, “Kids let’s get out of here.”
When I grew up, a visit to Six Flags was unforgettable. My youngest son, too young to go that time, will not be given this childhood memory.

This thought occurred to me regarding biometric scanning: mark on the right hand = fingerprints, mark on the forehead = Iris scan. Don’t know that this fits the bill for MotB since the Beast (the “System”) didn’t cause us to have fingerprints or irises, but could the System cause us to use these markings for buying and selling?

Pastor Steve Cioccolanti had an interesting presentation regarding the motb: “China’s SOCIAL CREDIT Precursor of MARK OF THE BEAST? Could Facebook Libra be the BLACK HORSE?”

Also, Linda (Clay) Hasche has a new format for BelieveActs2HARVEST posts.
She has been posting a short YouTube Video with each one (10 minute duration maximum, it seems). This one is very enlightening, dealing with the 3 stages of the implementation of the “Mark of the Beast.”

64 nations.. Interesting.
The new Sanhedrin in Israel invited 70 nations back in 2018 on the last day of Hanukkah for a dedication ceremony for the new alter for the new third temple.
The ceremony was also a part of the Sanhedrins ongoing effort to establish a Bible based international organization to replace the United Nations.
This September 25-27 70 nations ( presumably the same 70) are invited for an animal sacrifice on the mount of olives to replace renew “the Noah covenant”. In their eyes an obligation incumbent upon all of mankind.
How many of the 64 nations now using this technology were invited?
The watchers are still watching in the spirit and those who will embrace the Antichrist are watching in the flesh.
We are very close to a war with Iran who thinks a holy war will usher in their Mahdi.
We are very close to the deal of the century and by most accounts we are very close to judgment falling on America and the rest of the world in many ways.
The writing is not on a wall in another time or place, it is written in our own homes if we have eyes to see.
This is not just a spiritual battle or a fleshly battle but a war of attrition on all fronts.
Look up for your redemption draws near.