You are here: Home » News » Jesuit Schemes by Nation » Bolivia » Stop the Coup in Bolivia
Share this post: 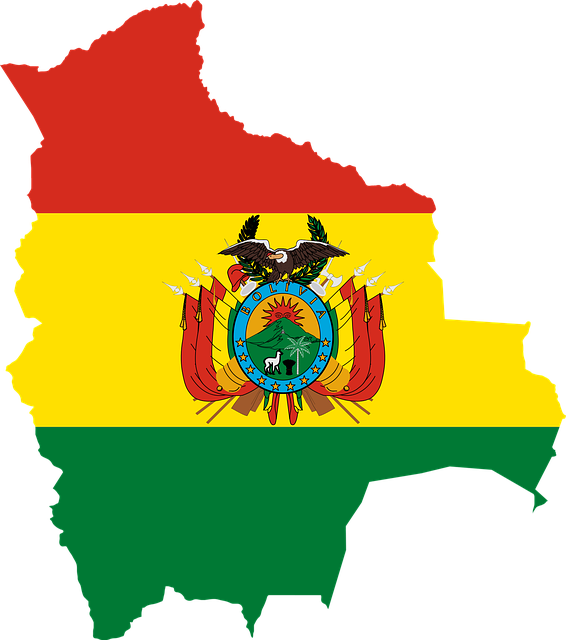 The violence is carried out by paid, armed thugs whose main target has been public buildings, organizations associated with the government (trade unions, co-operatives, poor communities and neighbourhoods suspected of being pro-Morales bastions, community radio stations and such like), individuals linked to the government (ministers, mayors etc), and especially persons of indigenous origin who have endured the brunt of their racism. They have targeted indigenous women the most.

This is a re-enactment of the racist wave of violence launched in 2008, aimed both at ousting democratically elected Morales and the partition of the state into two, seeking to set up a non-indigenous country in the territory’s eastern region, exactly where the rich gas and oil deposits lie.

At the time, US ambassador Phillip Goldberg played a central role in the operation. The US, as with the oil in Venezuela, has not abandoned laying its hands on such riches, with the additional incentive that Bolivia has the largest deposits of lithium in the world.

What prompted this was the electoral defeat Bolivia’s right wing suffered at the national election on October 20 2019. The results gave the victory to Morales’s Movement for Socialism (MAS) with 47.08 per cent, against Carlos Mesa with 36.51 per cent and another candidate who got 8.78 per cent. Additionally, MAS won absolute majorities in both the Congress and Senate. The right-wing opposition refused to recognize the results and, in typical Latin American right-wing fashion, alleged fraud.

Elections in Bolivia are entirely manual. So the right wing seized on the normal delay in Bolivian elections to give the definite results, due to the time it takes for the mainly indigenous, rural vote to be counted and its outcome to be sent to La Paz for the vote aggregation by the Supreme Electoral Tribunal (TSE), as evidence of foul play.

The right wing launched an intoxicating media campaign (with full support of the world corporate media) that fraud had been committed.

Then the coup offensive began in earnest and by October 22, right-wing thugs went on the rampage and, among other barbarities, set fire to three electoral offices across Bolivia claiming “vote rigging.”

Their violence massively intensified when the TSE announced Morales’s victory on the constitutional principle that if any presidential candidate obtains over 40 per cent and at least 10 points above the runner-up there is no need for a second round.

In order to defuse the tense situation Morales asked the TSE to invite the Organization of American States (OAS) to conduct an audit on the election. Mesa, Camacho and their followers rejected this outright, and instead demanded new elections and the resignation of Morales, whilst continuing to egg on the racist thugs to conduct a nationwide witch-hunt against MAS supporters.

Social media has been full of horrible images of racist violence against indigenous women and men, such as the case of the MAS Mayor of Vinto, in Cochabamba, Patricia Arce, who was detained by thugs who shaved her hair, doused her with red paint (the color of the right wing in Bolivia), forced her to walk barefoot through the city, kneel down by and ask for forgiveness for supporting Morales’s government.

She, bravely, refused to apologize, stood her ground and was eventually rescued by law and order forces. In the meantime, other armed racist thugs set the Vinto Town Hall on fire.

Similarly, the Town Hall of Oruro was also set on fire by opposition thugs, so was the house of Victor Hugo Vasquez, Oruro governor, and the same fate met the house of Esteban Urquizo, MAS governor of Sucre in Chuquisaca.

Additionally, Victor Borda, president of Bolivia’s Congress, resigned his post and even his position as an MP because armed oppositionists in the city of Potosi kidnapped his brother.

He resigned to preserve his brother’s life and to contribute to the country’s peace. This is a technique that has been used against other prominent members of MAS, hence a number of resignations, presented as a crisis inside of MAS. Even Bolivia’s right-wing media are reporting this method.

In another racist outrage, the house of Esther Morales Ayma, Evo Morales’s sister, in the city of Oruro, was also set on fire.

Right-wing mobs violently occupied the premises of Bolivia TV and Nueva Patria Radio, both pro-government media, where they forcibly expelled all the workers. Not a whisper from the corporate media about this blatant attack on freedom of the press.

In another act of aggression, right-wing demonstrators took Jose Aramayo, director of the Peasant Confederation’s radio station, hostage after occupying the Confederation premises. He was brutalized and tied to a tree in the street.

The wave of violence is almost identical to the US-led coup attempts and extreme right-wing violence unleashed in Venezuela in 2014 and 2017 — and in Nicaragua in 2018.

What made it easier for the thugs to operate freely and with impunity is that important sections of the police force, in what appears to be a coordinated action, raised a number of economic demands (equalization of salaries to the armed forces’ level), retreated to their barracks, and left the civilian population at the mercy of racist thugs going on the rampage. Communities and Morales supporters have organized their own defense, thus increasing the tension.

Most of the worst outrages have been carefully omitted by the world’s corporate media who are presenting the crisis as a rebellion against Morales’s government for the defense of democracy, a far cry from the reality on the ground.

The government has correctly characterized it as a coup attempt led by the country’s right wing with racist and fascist thugs perpetrating wanton violence with the sole aim of ousting Morales.

On November 10 Morales called for fresh elections with a totally renewed TSE aimed at bringing an end to the racist violence, and called the opposition to a dialogue.

However, Carlos Mesa in a public statement said that both Morales and his vice-president, Alvaro Garcia Linera, cannot continue in their positions and must resign — nor can they be candidates in any fresh election.

He also encouraged the opposition to continue and intensify the pressure in the streets that has already inflicted so much pain — primarily on the indigenous majority — and has brought the nation to the verge of a civil war.

This was the real game plan. Not since 2008 has Bolivian democracy been so much under threat. Then the army’s commander-in-chief called on Morales to resign. Now Morales and vice president Alvaro Garcia Linera have gone on TV and tendered their resignations, seeking to bring about peace. The coup has been consummated.

We call upon the British labour movement to condemn the right-wing coup and support democracy in Bolivia and Morales’s call for fresh elections as a democratic and peaceful means to resolve the crisis the coup has thrown the country into. No more Pinochets in Latin America!

This article was written by Francisco Dominguez, a Chilean academic and activist. It was originally published by Public Reading Rooms.