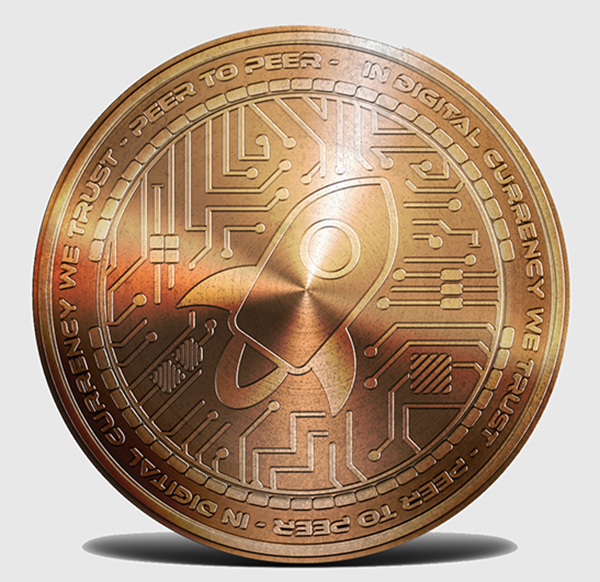 Just two weeks ago on December 28, Stellar Lumens (XLM) were trading at $.21. Just a few days later on January 4, XLM spiked up 346% to $.938 cents before retracing back down 53% to $.44 cents. Now new prophetic insights indicate it’s ready to blast off again. (Source: Bitscreener.com)

Stellar Lumens (XLM) are a crypto currency whose goal it to reduce the transaction costs and times of traditional payment systems by building a global network to facilitate cross-border payments. The payment system is backed by IBM and is already being used by banks around the world to send payments much faster than traditional systems. Payments are sent in Lumens, which are then converted into local fiat currency as needed. However, Lumens are expected to be a temporary solution that will be replaced when central banks launch their own crypto currencies. IBM’s VP of Blockchain, Jesse Lund, told Fortune he predicts central banks will launch their currencies with one year.(Source: Fortune.com)

Hi everyone, just wanted to bring up two dreams I had this morning. The first was that I was with my friend and we were looking at the Cryptopia trading screen and we had apportioned half of our ETN investment (I was all in with ETN) to urgently try to buy the coin Stellar Lumens (XLM). I knew the name and the abbreviation XLM in the dream and I was clicking through Cryptopia urgently looking for it to try to buy it. When I woke up I checked and realised Cryptopia doesn’t have it.

This is a coin I have seen on the top 10 but have never clicked on it or looked at it, I didn’t even know what it was about (but I remembered the name and abbreviation in my dream exactly). Anyway the dream was that basically I was trying to move half of my ETN investment into Stellar XLM as soon as I could as I felt I had knowledge the coin was about to go up a lot.

What Christopher saw in his dream has already started coming to pass, which explains why he was shown to have a sense of urgency. At the time he posted his comment about 26 hours ago, XLM was at .00003442 BTC. It has already moved up to .00004703 BTC, which is a 36% increase in one day! 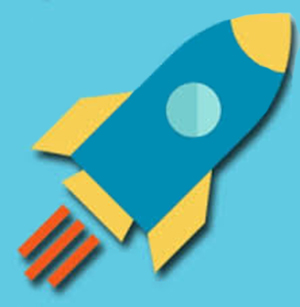 Back on December 13, 2017, Z3er Maria Conwell was already sharing her revelatory insights regarding XLM, confirming what Christopher saw. She posted, “XLM I believe will also go to the moon. In my spirit, I heard that it will.” She later received clarification on what that means and shared the following comment, “The impression from the Lord originally to me was that it would go to the moon, the update on what that means is it will go up to the $40 range.”

Neither Christopher nor Maria shared any dates for when XLM prices will reach the top, but if the prediction shared by IBM’s VP of Blockchain, Jesse Lund, is correct, XLM’s life expectancy is less than one year, which means it would reach $40 sometime this year. In that scenario, it would be important to liquidate XLM coins when they reach that price.

Prophetic insights often provide partial incomplete information and interpretations that might not be accurate. This information is provided for educational purposes and is not a recommendation for investing.

I’ve only had one dream about crypto, it was back in February. I distinctly saw the Stellar Lumens XLM rocket blasting off. I was shown a percentage of 6000% and/or 9000%. I don’t exactly remember the number I saw, but I want to say 3.51 or 3.59.

Thanks for sharing William. The Lord showed me XLM was going to go up a lot due to some major news or something, but I never got any figures. I’ve seen 90 cents recently but $3.50 or so sounds right for a big move. God bless. Christopher.

I have not had any crypto dreams, but when Stellar was around $.20 (right about where it is now); I kept thinking “screaming buy.”

Could have some big news for Stellar soon. In my dream I felt there was knowledge the coin was going to surge up shortly, and probably it would be news related.

Thanks for sharing that update on Stellar Christopher.

Dear brothers and sisters, making this post here as I made it in the recent thread on litecoin:

I had a dream last night the exchange I bought XLM on shutdown and I lost my coins. The dream seemed like it was during a crypto crash and there was something about fraud or the owners running off with the money or something. Anyway I couldn’t get my XLM. This exchange is called Okex.

I am in the process of trying to withdraw my coins off this exchange (onto Binance as I was able to get a membership, there are others that have XLM like Bittrex/Kraken), I recommend you do the same and otherwise withdraw them to a safe wallet (I haven’t looked into wallets much, but I heard one got hacked recently). Ensure you put the note/memo required for Stellar withdrawals.

Just sharing this as a warning about Okex exchange to stay clear, based on the dream I received.
Christopher.

Christopher, I was about to sign up for Binance but saw I could put in a Referral ID. Could you post yours? I wouldn’t mind helping you out whenever possible. God bless. https://www.binance.com/invite.html

ELECTRONEUM UPDATE – NEW 4 BIG EXCHANGES IN DAYS!!! TALKS ELECTRONEUM AND ITS GROWTH, CEO & FOUNDER MICHAEL STOLLAIRE OPENS UP ABOUT THE FUTURE OF ELECTRONEUM AND TITANIUM IN A NEW INTERVIEW. BIG PARTNERSHIPS.

I can not log in cryptopia website from my laptop. Error code 20. Any body else having same problem?

I log in again by keep trying. I bought some RDD.

I can log in now. But the connection not reliable.

Has anyone seen this article?
https://www.coindesk.com/400k-hacker-makes-off-with-stellar-lumens-in-blackwallet-theft/

Does anyone know if there is an exchange that sells Reddcoin and XLR?

Lynne, you can buy XLM at Binance and at several other exchanges:

I just bought Reddcoin on Cryptopia.nz

Cornelius, if you mean you bought Reddcoin on Cryptopia, then the correct website is cryptopia.co.nz

Cryptopia.nz redirects to Binance or a fake Binance. I am not sure. We always have to be very careful we put in the correct address or you could end up at a scamming website and lose your money.

I got my Redcoin on Cryptopia, but it is also available on Bittrex and others. Here is a complete list:

XLR is available on Kucoin and Coinexchange.io.

XLM is available on Binance.com, but they are not accepting any new accounts. It is also available on Bittrex, Kraken and Poloniex, but I heard we should avoid Poloniex. Here is a complete list:

I opened an account with Binance on Friday (1/12). They have a cap on new registrations every day, which means, for a limited time every day they allow new accounts to be opened.

Thanks for that info Vinny.

I had John pray for me yesterday and received a personal vision. However the word ‘tulips’ and ‘ministry to business’ were given me, which I think I can share. The whole crypto space will be very painful for a lot of people I think, however those who do well will be in a position to for instance to start Christian businesses. If this word does not resonate with you, then please ignore it.

Electroneum will be available to trade on Next.exchange within three weeks according to a new announcement from their team.