You are here: Home » News » Financial News » I Saw This Steep Slope All The Way Down
Share this post: 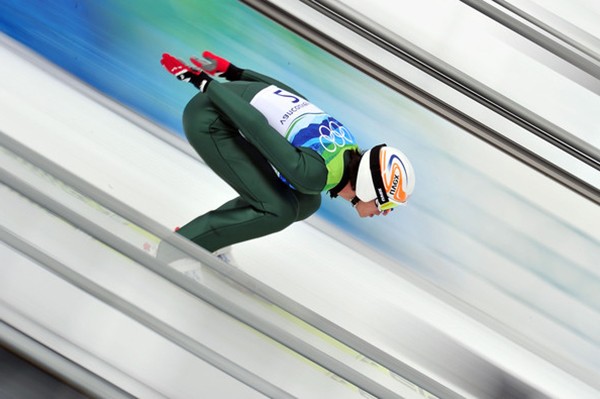 I had a very exciting and very bearish dream last night. I’ve been waiting for this for many months, trusting that the markets aren’t going to drop off a cliff before God gives me this bearish dream. And now I’ve got it!

On May 18 2016, I dreamed I was in some kind of cave on the side of a mountain. Outside was a very steep ski slope and many people were going down the slope very fast. The entrance to the cave I was in was through a narrow channel in the snow. There were high snow walls on either side with a small gap through the middle, only big enough for one person.

I was inside the cave with another guy, thinking or imagining how we got in here. It would have been very hard to stop on the way down the hill and come into the cave because the opening was very small and you’re going so fast you would crash into the wall! I thought it was crazy!

Then I was thinking about leaving and going down. The person I was with exited the cave ahead of me. They would need to be careful getting back into the flow of people coming down, but then it was a straight fast path all the way down. I saw this steep slope all the way down, at the bottom there was a curved ramp, like they have at Olympic ski jumping. I thought this is crazy! Going so fast down and then hitting this jump you would go so high! From the jump you would go up to 15,000 feet. I somehow knew the height of the jump, but now I don’t recall how low the bottom was.

Wow! I was thinking that with that kind of height there is no way you’re going to land without a parachute. I saw a guy flying through the air after taking the jump with a parachute on his back because that was the only way he would be able to land. There was no hope of landing on skies. End of dream. I never saw him open the parachute.

What does this mean? Well I’m still listening and respecting the prophetic signs others are seeing about the Dow going higher again before it falls. That may well happen and I’m going to keep my leverage such that I can handle a rise back up again. However I believe the timing of a big drop is very very close now. The last bearish dream I had like this was on December 25 2015, when I saw a plane fall out of the sky. Four days later, the Dow began dropping from 17,750.02 on December 29 2015 down to 15,450.56 on January 20 2016, a total drop of 2,299 points in just 14 trading days!

Rob grew up in Australia and was trained in Information Technology before being called by God to full time ministry at the age of 23. Since then he has traveled to over 38 nations and now lives in SE Asia where he works with a local church and other ministries to further the Kingdom of God.

I had a dream last night. I believe it interacts with yours. Dream: I arrive out of a shalet skiing place at the bottom of a hill on a platform that would go quickly down, but it was on this platform that I was attempting to start putting on my snowboard boots. I was going with my brother who didn’t have much experience. I was going to catch up with him at were the lift picks up people, but I didn’t see him, and I was partially in my snow board boot, partially not. They were a light colored leather kind of like those light colored leather hiking boots. Because I didn’t see him at the bottom of the hill by were one would load up, I rushed to get on the lift thinking he had already got on the lift, because he was inexperienced I felt I needed to be with him. I got on the lift, and right after getting on, I see him on ground level, at the line on the other side of the lift under it. I continue to try to tie up my boots as I start going up the hill, but one boot was not totally tied up because one lace was longer than the other, so I was trying to compensate in how I was tying it.

Interpretation: Today I had a confirmation while I was coming out of Red Lobster, and I saw a kid with the tan colored boots, whom was a skater, and had one foot in a cast, carrying the other boot in hand from the foot in the cast. Sure enough, they were the same type of boots that were in the dream, a light leather high top boot. Also the emphasis in the natural of one boot in, one boot out, was the same emphasis in my dream of one boot tied up, but the other, I believe the left still somewhat loose, needing to be tied up. This in the natural confirmation confirmed that this was a prophetic dream. And when I saw the sign today, I knew it was prophetic, I just didn’t know how. After coming home from work, and visiting Z3, remembering the skiing dream, that’s when the connection was made, so here’s the interpretation: I’m currently invested long-term in a bear market, in options out to Jan 2017, and 2018. So, I believe the context of this dream coincides with Rob Perrett’s dream of skiing. I believe his perspective and my perspective coincides. If going down the hill is the reference point for market going down and then taking a turn around back up to 15000 on the Dow, going up the jump (my interpretation of Rob’s dream), this makes sense with me starting to go up the hill. If the market did descend with these symbols being the primers of the dream, then I would begin to start ascending up the hill because my investment is set to do well, if the DOW crashes. I’m all in on a DOW crashing to some extent before Jan 2017 and Jan 2018. By the way, just because I was going up the hill does not mean Rob won’t do well. His dream was more about observing and being aware of what is about to happen. So what’s the interpretation of the boots then. This is symbolic of a forunner garment, which is a sybole that has gone around at our church, light leather and wearing it is symbolic of the mantle the bride is wearing in this season of courting Jesus. It’s representative of the garment of John the Baptist. Mine being boots, is representative of the symbol of the boots fitted with the good news of peace. So the symbol I’m bringing is peace. Also boot not not fully tied is the Jan 2017 date, and the fully tied one is Jan 2018, because in my soul, I feel more confident about the 2018 one than the 2017 one. But, they are both forerunner shoes, and both a message bringing peace, and my garment for this coming season. The part of me going down to the lift from the shalet is symbolic of my investment shrinking before I get on the chair lift which makes sense with the market going up this week. I’m thinking Robs’ dream is soon to begin to start unfolding. I believe my dream two forerunner boots of peace (2 number of bearing witness, and forerunner speaking of whats to come) bear witness to Rob’s dream, and a rough sketch, timing element.

Sonia,
I read that earlier, What you think about his Trump/ Bernie ticket?
Rick Wiles has been talking about book ends for the crash. Turning point fall 2015 and then the big crash fall 2016. Very plausible scenario to me.
Peace

Hi Bob,
I found the Trump/Bernie ticket interesting. If they can unite this would certainly help and perhaps save America from economic collapse… though not sure they will be able to unite.
With regards to the big crash in fall of 2016, it lines up with some prophetic words from Mena Lee Grebin who stated in her latest video that the crash cannot happen the Jubilee year but would happen sometimes around Yom Kippour (Oct 11, 2016) .
I found the info on Deusth Bank implosion very interesting espicially with the timeline…by the end of the third quarter (end of September 2016) which coincides with the end of the US fiscal year (sept 30-2016). And the info on the Fed and the US Treasury controlling the markets through powerful computers…very interesting.

Yeah, it sounds more and more like pointing to the fall scenario. One more confirming like Mena Lee Grebin . Interesting the prophetic(heavenly) and the financial experts (earthly) reporting are
intertwining.
Love ya sister Sonia!
That was good info you shared.
I really do not see a Trump/Feel the Bern ticket but in these wild days all is possible.

If this does not get an individual into prep. mode to weather the storm then nothing will.
https://www.yahoo.com/news/venezuela-where-hamburger-officially-170-184605711.html?ref=gs

So i looked up the meaning of it..in google..

Said when something must be done immediately. When used in a contract, places the other party on notice that failure to complete a required performance by a date certain set forth therein will constitute an incurable breach (material harm)..

Wait for the Yahweh and keep his ways and he will exalt you to inherit the land. When the wicked are cut off, thou shall see it. In Psalm 37

market up today. if it keeps going up and gold keeps going down, the markets themselves are telling us the big move is close.

There is a chart that Bo Polny has made called the jaws of death. It shows that it took 3 years back in 2001 to go from market high to market low. In 2008 it took 2 years to do the same. This last high was in the summer of 2015.This time it will only take a year. And when you are in may 2016 and the market collapses by summer, THAT IS FAST.