You are here: Home » Prophecies » United States Prophecies » “It’s the spirit of socialism. It can be delayed, but it won’t be stopped.”
Share this post: 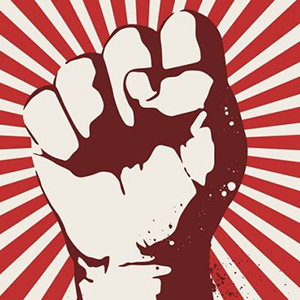 You may recall last year I shared about the USA’s Presidential election, how there was a peace about the first two years (of Trump’s 4-year term), but after that it was just ‘dead’ in the Spirit – no life, no excitement. Just a blank.

With the incoming Congress having a Democratic majority, that would explain that ‘dead’ feeling in the Spirit, as the House will likely stall anything the President wants to do, and may use their time in power to attack him. That said, the President’s gift is negotiation, so there is the opportunity for compromise at least.

I recall what the Father told me in 2004 when the Bush/Kerry race for the presidency was going on. There was a different feel to it in the Spirit, and I noticed it in my spirit. I asked the Father what it was and He said this: “It’s the spirit of socialism. It can be delayed, but it won’t be stopped.”

With the moral collapse happening around us and the left becoming more militant, the US seems to be teetering on the brink – prayer required!

You may also recall just a few months ago I shared how in a visitation with the Lord this Spring. He said, “Watch when Merkel leaves office because it will set off a cascade of change in Europe. Be praying.”

May I give the perspective of a Millenial, with Baby Boomer parents (I am a Gen-Xer).

As a Millenial, you have seen the drug/sex/rock and roll thing of the 1960’s result in mental illness, addiction, divorce, STD’s, crime and a shrinking economy when your parent’s Generation, the Baby Boomers became the majority in the work force, and then later when Baby Boomers became the majority in corporate / company leadership across the USA.

As a Millenial, You have seen the greed and insanity of the Internet Bubble (late 1990’s) and housing bubble (2007-2009) and in some cases have seen it very personally affect people you know (including family) and you are smart enough to know that bubbles will continue to happen. You also have seen (for most or all of your life) the capitalist system run by people who you may think are greedy, deceitful and without basic honesty in some cases ..

Logically if Millenials have never seen a Christian (love God and love your neighbor as your self) version of capitalism (on a large scale) should we wonder why many Millenials support socialism?

Pray for our Millenials. While they are responsible for their own actions, the examples they have seen often indicate what NOT to do.

We are all sinners, according to the Bible. When we accept Christ as our Savior and King we become His children, however still with a sin nature.

However as God’s Word and His Holy Spirit give us light, we can pray and try to provide better examples. Thank you and God bless you.

And none of us are perfect. Amen.

Then the Lord answered me and said:

“Write the vision
And make it plain on tablets,
That he may run who reads it.
3 For the vision is yet for an appointed time;
But at the end it will speak, and it will not lie.
Though it tarries, wait for it;
Because it will surely come,
It will not tarry.

I saw pictures and words. The words that I saw under each picture appeared branded in fire.

The vision opens in New York with the Statue of Liberty, she was tilted; they had put her up on crutches and covered her with paint.

When you see her this way it is the beginning of great sorrow and deception for your nation.

In this vision I saw a map of the United States with lights big and small all over. I knew they were churches. A sonic boom comes and shakes the map. Some stay the same, others become bigger.

Revival has come by the Power of God.

Do not be deceived it is the Angel of light

I saw Banks with pad locks on the doors, one after another.

The God of America will fail, and not provide bringing great confusion on the earth.

I saw large businesses no longer there – Gone. Broke. Devastation. All Hope Gone.

Difficult times. Fear will be released, money tight. Will effect the church where she will become more money minded than people minded.

Gold will rise in prices. People will try to find security in gold, but it will not be found.

This will set up the New World Monetary System.

I saw a black cloud enter many people. They were filled with confusion, depression, and hopelessness.

Suicide will follow the spirit of death: Pills and Guns will be seen on the up rise.

I saw food lines as far as the eye could see: food will begin to dwindle, because of no rain and floods. It will be a difficult time, men will go wild because of a spirit to survive: Anger – Riots – Murder. People will fear to come out of their houses.

Return to the Cross to die of self. The church will stop preaching the Cross and its Power: Life in the Blood.

I saw epidemics break out everywhere. Medical help will be impossible to have for many. Return of diseases that once were gone.

Even many of my people will forget I am Jehovah Rapha (the healer), because of what I see.

I saw hell come down to deceive, if possible even God’s people. The morals inside the church will be the same as the world. A demonic spirit of perversion and filth, so intense it will turn men’s minds to evil, many will fall inside the church because of a love affair with the world, not with Me.

My people must hear as in the days of Noah: They must come out of “religion” into relationships and enter into Covenant. They will not believe that a flood is coming. MANY

I saw an up rise in Homosexuality. It will begin to be accepted in the government, in the educational system, in the family, in the church. In the church same sex marriages will be encouraged to live free. The moral fiber of the country will cave in.

People will love themselves not God. My people must press into having passion for God.

I saw ministry coming down like falling stars, because of immorality. Divorce, Affairs, Homosexuality. Sin not dealt with, none of which bring shame nor carry a stigma any longer. Satan in many cases will win their hearts, because they refuse to lay the axe to the root and they will have no discernment.

Take heart, I will come to cleanse and judge my house. It belongs to me. Endure to the end! I Am with you and will not forsake you.

I saw the Bible opened wide, false doctrines that make man turn to End-Time events. Faith centered on man rather than on truth. Extremes will draw people away with itching ears. The Antichrist and End-Times will be more important than the Angel of light inside the church. Families will fall apart because of the focus on the wealth instead of home surrendering to Jesus Christ and His Lordship. Focus on End-Times instead of the time we are now living in.

Be not deceived by all that sounds right and good, it will be an hour where it is not “Right vs. Wrong” but “God’s way vs. Man’s way” and “God’s way vs. Easy way”.

I saw gangs on the up rise, substitute families – no communication with parents – no love – no time invested. The TV will become their parents. Full of crime. Violence, Sex, Anger, Rebellion.

Many will not see because they are so caught up in self, they have little or not time for their children. They cannot hear their cry.

I saw hypocrites rise in the church: drinking drugs sex will be in preacher’s lives. The will preach against these very things while they themselves are engaged in sinful activities. The church will begin to loose her influence with believers in the world.

Remember: the enemy, in the last days, will come into the church. Watch, Fast, Pray. There will be a Great Falling Away!

Guard your heart and mind to stay focused on Him and His Kingdom.

Look to me, I am the Author and Finisher of your faith. Look up, I am very near.

I saw land burned — Oceans, Rivers, and Seas full of death. I saw the whole earth groaning for His coming.

Tell my church to wake up, Return to Me. I am the only hope! Men’s hearts will fail from fear. Stay full of the Holy Ghost. I am in control.

I believe Christians in the days and years ahead will be tested and tempted.

Remember: He is a deliverer.
Remember: We are not destined for destruction.

His kingdom is coming on earth.

Stay Faithful to Him

John wrote, “Watch when Merkel leaves office because it will set off a cascade of change in Europe.” This is in perfect harmony with Terry Bennett’s 21 year time line. The second seven year period, 2015 – 2021, Gabriel told Terry would be a time of governmental changes and to watch Greece, Italy, France and Spain who will be offered an Alexander-Napoleonic King by Satan and they will say yes. Many here in America see military tribunals and martial law in our near future, especially if/when the 61,000 sealed indictments are delivered.

For the Coming socialism
Every time you take a breath
So shall i…..

Those judges, the propaganda machines, the leftists, the Democrat-controlled House, the well-funded agencies and global elites, and the lost generations (snowflakes, women parading the streets wearing “organ” suits, rioters who give out death-threats like they are above the laws, etc) are hell-bent to thwart Trump’s policies (check out the Veritas Project finding at youtube) even to the Destruction of the Nation – they just don’t care, and they won’t stop till the other side is silenced (driven into the closet, so to speak)/they get what they want. A spirit of madness that you can’t reason with.

Please pray for the 2020 Presidential Election (yes – start NOW!) and the Great Awakening to sweep through both North and South Americas!

Thanks and have a wonderfully Blessed Thanksgiving 2018!

However, I disagree that it has been peaceful these two years of Trump’s presidency. The attacks have been continual against him. I have reservations about anything improving. The NWO will be stepping up their game.

I would’ve guessed that the next 2 years will be full of action because of what is happening in Israel and the push to remove Trump by the liberals . It will be a huge disappointment if more of the swamp is not drained. There is a huge difference between overseeing the peace deals and trying to force something evil .

the exact words I was thinking

John appears to be a humble man and I believe he hears from the Lord.