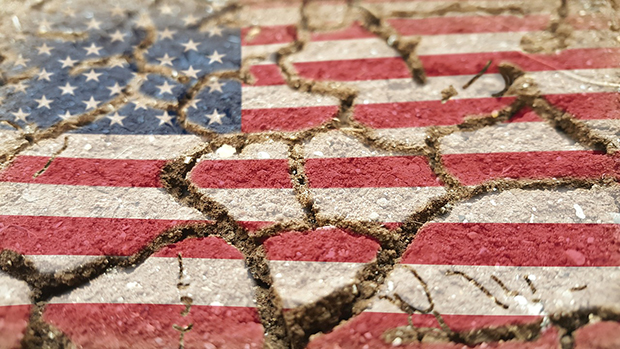 We have raised an entire generation of Americans that have no respect for the law, and now we are reaping what we have sown.  I cannot even begin to tell you how alarmed I am by some of the videos that I have been watching lately.  As you will see below, all over the nation young people are brazenly flouting the law, obstructing and assaulting law enforcement officers, and committing criminal acts in large groups.  I think that “lawlessness” is perhaps the best word to describe what is happening, and many believe that what we have witnessed so far is just the beginning.  I have so much respect for the good law enforcement officers across the country that put their lives on the line day after day to protect all of us, but I wouldn’t want to be in their shoes at this point.  If you wonder why I would say such a thing, just consider what just happened in New York City…

In a series of shocking videos, NYPD officers can be seen being doused with buckets of water and pelted with projectiles as they tried to do their jobs (in one video, the officers were in the middle of making an arrest).

The stunning footage, which was first spotted online on Monday, shows the brazen young men in Harlem and Brooklyn dousing cops with water and, in one frame, an officer gets beaned in the back of the head with an empty red plastic bucket. The attacks on the officers started as they were arresting another young man, and in the video, they can be seen handcuffing the man while he was splayed out on the hood of a car.

How would you respond if you were attacked like this?

If I was a police officer in that situation, I would not have been able to let that kind of abuse go, and those young attackers would have learned the hard way that there are very serious consequences for assaulting a police officer.

But this is what happens when we raise an entire generation without any values whatsoever.

These young people are just doing whatever seems right in their own eyes, and similar things are happening all over the nation.

For example, a “flash mob” recently stormed into a North Face store in Wisconsin and stole $30,000 worth of merchandise…

A band of shoplifters who formed a ‘flash mob’ and rushed into a North Face store are accused of stealing $30,000 worth of merchandise, according to a report in the Kenosha News.

Dramatic video obtained from the Pleasant Prairie Police Department shows the group of ten shoplifters walk into the store, before quickly grabbing as many items as they can carry and rushing out.

How cold-hearted do you have to be to do something like this?

Philadelphia police have released surveillance video showing dozens of teens vandalizing and stealing from a South Street Walgreens on the 4th of July. The incident happened at the store on the 1800 block of South Street in the Graduate Hospital section of the city.

As you can see from video footage of the incident, the young people seemed to take great joy in the crimes that they were committing.

If things are this crazy now, what will things look like when economic conditions get really bad and those young people get really desperate?

Elsewhere in Philadelphia, a pack of teen girls was viciously attacking random female victims that they came across in the street, and video of the attacks caused quite a bit of outrage…

A gang of teenage girls filmed themselves targeting female strangers in random attacks on the streets of Philadelphia.

The disturbing video shows the girls approaching their unsuspecting victims on the street before proceeding to slap them and wrestle them to the ground.

The violent video sparked outrage when it was shared online.

Of course many of these young criminals will end up in prison, but in many cases that will just mean that they will learn how to be even better criminals from those they are incarcerated with.

And the truth is that in many instances our prisons are completely and utterly out of control.  For example, it is being reported that one prison down in Mississippi allegedly put the gangs in charge at one point.

Everywhere you look there is lawlessness.  This week when ICE officials showed up to arrest an illegal immigrant in Nashville, the man’s neighbors formed a human chain around him in order to keep that from happening…

When U.S. Immigration and Customs Enforcement agents arrived at a Nashville home Monday in an attempt to detain a man there, neighbors and activists gathered to support the man, who remained shuttered in a van with a child for hours before the agents left.

In the end, the ICE officials left and the illegal immigrant got away.

When there is a complete and utter lack of respect for law enforcement on a widespread basis, that is a recipe for chaos.

And without a doubt, our nation is on the brink of great chaos.  Just consider these numbers…

After a week that saw President Trump and his foes toss toxic words at each other, there is now a warning that the next phase could be “violence.”

Nearly 8 of 10 Americans told the Pew Research Center that supporters for both sides could “act” on the politically charged rhetoric with violence. It was higher for Democrats, 91%, than Republicans, 61%.

It is not going to take much of a spark at all to set off the kind of civil unrest that I have been repeatedly warning about.

Day after day, the mainstream media is stirring up more anger, frustration, strife, discord and division.  I have never seen more hatred in America than I see right now, and it is exceedingly difficult to imagine how all of this could possibly end well.