You are here: Home » Prophecies » The Snake Chain Dream with Dana Coverstone, John Redenbo and Cherie Goff
Share this post: 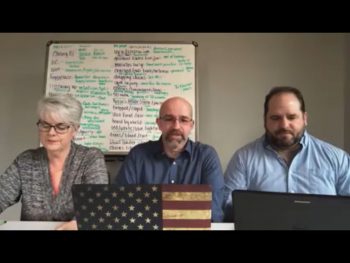 The dream is shared in the first 6 minutes of the video. Then the remainder of the video is a discussion & analysis of the dream.

Cherry tree from Japan but in USA. . Chains: https://en.wikipedia.org/wiki/Trilateral_Commission

The Trilateral Commission is a non-governmental, nonpartisan discussion group founded by David Rockefeller in July 1973 to foster closer cooperation between Japan, Western Europe and North America.

The Lightning out of the ground: Baraq
http://www.eliyah.com/cgi-bin/strongs.cgi?file=hebrewlexicon&isindex=Lightning

The elite bringing down the existing monetary order. The Bite of the snake: The vaccine, to get aid you must get the shot?

By secret Executive Memorandum, NSC 5410, Eisenhower had preceded NSC 5412/1 in 1954 to establish a permanent committee (not ad hoc) to be known as Majority Twelve (MJ-12) to oversee and conduct all covert activities concerned with the alien question. NSC 5412/1 was created to explain the purpose of these meetings when Congress and the Press became curious. Majority Twelve was made up of Nelson Rockefeller, the director of the CIA Allen Welsh Dulles, the Secretary of State John Foster Dulles, the Secretary of Defense Charles E.Wilson, the Chairman of the Joint Chiefs of Staff Admiral Arthur W. Radford, the Director of the FBI J. Edgar Hoover, and six men from the executive committee of the Council on Foreign Relations known as the “Wise Men”. These men were all members of a secret society of scholars that called themselves “The Jason Society”, or “The Jason Scholars” who recruited their members from the “Skull and Bones” and the “Scroll and Key” societies of Harvard and Yale.

The “Wise Men” were key members of the Council on Foreign Relations. There were 12 members including the first 6 from Government positions thus Majority Twelve. This group was made up over the years of the top officers and directors of the Council on Foreign Relations and later the Trilateral Commission. Gordan Dean, George Bush, and Zbigniew Brzezinski were among them. The most important and influential of the “Wise Men” who served on MJ-12 were Jogn McCloy, Robert Lovett, Averell Harriman, Charles Bohlen, George Kennan, and Dean Acheson. It is significant that President Eisenhower as well as the first 6 MJ-12 members from the Government were also members of the Council on Foreign Relations.Thorough researchers will soon discover that not all of the “Wise Men” attended Harvard or Yale and not all of them were chosen for “Skull and Bones” or “Scroll and Key” membership during their college years. You will be able to quickly clear up this mystery by obtaining the book “The Wise Men” by Walter Issacson and Even Thomas, Simon and Schuster, New York. Under illustration #9 in the center of the book you will find the caption “Lovett with the Yale Unit, above far right, and on the beach his initiation into Skull and Bones came at an air base near Dunkirk”. I have found that members were chosen on an ongoing basis by invitation based upon merit post college and was not confined to only Harvard or Yale attendees.

A chosen few were later initiated into the Jason Society. They are all members of the Council on Foreign Relations and at that time were known as the “Eastern Establishment“. This should give you a clue to the far reaching and serious nature of these most secret college societies. The Jason Society is alive and well today but now includes members of the Trilateral Commission as well. The Trilateralists existed secretly several years BEFORE 1973. The name of the Trilateral Commission was taken from the alien flag known as the “Trilateral Insignia“.

Majority Twelve was to survive right up to the present day. Under Eisenhower and Kennedy it was erroneously called the “8412 Committee” or more correctly, the “Special Group”. in the Johnson administration it became the “303 Committee” because the name 5412 had been compromised in the book “The Secret Government” actually NSC 5412/1 was leaked to the author to hide existence of NSC 5410. Under Nixon, Ford, and Carter it was called the “40 Committee”, and under Reagan, it became the “PI-40 Committee”. Over all those years only the name changed.

Thanks for posting this Casper. I saved it for future reference.

Pastor Dana has such detailed dreams. I thought these two had very interesting thoughts. Amazed to hear about the 50 women protesting with chains, and that there are 2020 cherry trees.

Still, I felt their interpretations are vague. We need to pray for a Joseph or Daniel for our times. His dreams are a message from God we need to completely unlock. God gave him the dreams. Now we need someone with the gift to interpret them.

Thanks Expat Girl
Keeping us up to date,
God bless
Phil