You are here: Home » Prophecies » As I kept shouting His name, I saw people being released from demonic bondage. 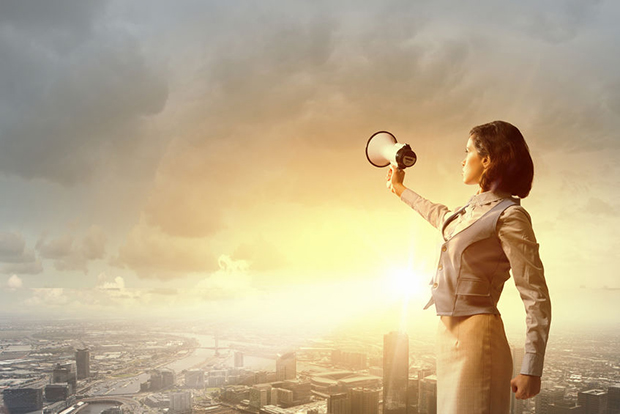 I had two dreams on December 12 2013 and both woke me from sleep very distraught.

In the first dream, I saw a woman dancing on a dance floor with many others in a dark night club. Then I noticed her dancing became more sensual and a light shined on her as she danced. She was dressed appropriately with a long sleeve shirt and slacks that fit normally, not too tight, but her dancing was very suggestive. She seemed to think this was attractive.

Then she began dancing very close to a man and he came closer to her until they were touching. Then somehow they morphed into one body, still dancing. The woman laid her head on the man’s shoulder and said “Jesus”. But this was not Jesus.

The man replied, “Do not breathe that name on me.”

She pulled back and asked, “Why?”

The man backed up and looked over her shoulder directly at me, as if he could see me there. Then I saw evil pouring off him. His eyes were blood red and shaking in his eye sockets and I realized he was satan. He looked away from me to the dance floor and then across the world. As he looked, wherever he looked, the people and the world shook violently. I started screaming the name “Jesus.” Then I woke up.

In the second dream, I was in a business office and people were working there. At first they seemed normal, but as I watched them, they started changing. Their eyes became just like the ones I saw on satan in the first dream, blood red and shaking in their heads. Then I saw these people were everywhere, in neighborhoods, stores, and homes. They were terrifying to look at.

I shouted the name “Jesus” over and over again. As I kept shouting His name, I saw these people being released from this demonic bondage and they changed back to normal again. Then I went to several more places shouting the name of Jesus and everywhere I went, I saw the people being restored. Then I woke up.

When I saw satan looking at me in the first dream, it seemed very real, like I had crossed over into where he is now. I saw where he was working, where we would not first suspect. The woman appeared normal, yet she was lured into darkness because she did not know Jesus. Resting her head on his shoulder showed she was surrendering herself to him. She was fooled into thinking the adversary was the Messiah.

I think this is now happening across the world. Many people are surrendering to false gods in their search for a “safe place”. This woman thought she had found a safe place, but she was in great danger.

It was shocking and terrifying to me when I saw the adversary looking me in the eyes and showing me what he was permitted to do on the earth. I perceived his evil intentions as he appeared to be gloating over what he was able to do, causing all kinds of chaos and despair while presenting himself as the one who will save the world. This was the spirit of antichrist.

Then I saw what would happen if believers stand up, shouting out the name of Jesus. By proclaiming His name everywhere we go, those in bondage to satan will be set free.

These two dreams shook me to my core because I was allowed to feel that woman’s emotions, what it felt like to be deceived.

Mostly, that we can derail the enemy; that’s really important. We can see what he is doing but we don’t have to sit back as weaklings, helpless and afraid. We can derail his plans and take back the souls that rightly belong to God. It is not complicated, it only takes His name “Jesus”. It also takes introducing the lost to their true King, Jesus Christ.

Today, I am asking that I will mention the name of Jesus to someone nearby or just in their earshot, whether at work or in a store or at home. Then I will ask to do it again tomorrow and again the next day, until every day is filled with saying His name out loud around people and continuing every waking hour until the air is filled with His power.

SHNOL… Say His Name Out Loud.

Please help me pray for my daughter she tried to commit suicide on Monday she is in the hospital right now. She is only 18.

Aracely, will do. Jesus overcomes the spirit of suicidal tendency.

Thank you very much!

In the mighty name of Jesus, I rebuke the spirit of suicide from your daughter’s life, Aracely, and command it never to bother your daughter or venture near her again.

I speak healing, life, forgiveness, joy, and peace in the Holy Spirit into her right now in Jesus’s precious name—healing, so that Christ may heal her wholly and fully in every way in that what the enemy meant for evil may be turned around by the Lord for His good in her life; life, so that she may from this day forth know the true Life, which is Christ; forgiveness, so that she may freely forgive any who may have led her to take this extreme step that no bitterness may be found in her and that her loved ones may forgive her as well; the joy and peace of the Holy Spirit, so that no negative feelings that can serve as a foothold for the kingdom of darkness may abide in her.

Father, may all who are with her in this hour know the power of their words and choose to speak words of life to her, and not death. May all who are truly in the faith and have the heart to pray for her know that their insistent prayers are powerful and effective. May your Holy Spirit convict her and lead her to true repentance and acceptance in endurance of Christ as her Lord and Savior. And may the day soon dawn when your holy ones rejoice over this little sheep who we pray in Jesus’s name will find a new and abiding life in Christ. Amen.

Amen
Thank you for your prayers!

Amen! I stand in agreement in Jesus’-name.

Aracely C: I am praying for your daughter. There is such a sense of hopelessness in the world, too many unrealistic expectations young people have on themselves. Often, when they do not feel they measure up in some way, the thought to escape through death seems preferable. I pray that your daughter will have a life changing encounter with the living God, Yeshua. Blessings, Kasey

Thank you very much!

Aracely C, you’re not alone. My son at 19 attempted as well and was planning to again last week. I know several other families going through the same thing. My son knows the Lord but becomes mentally confused and attacked. Jesus is so faithful! I’ve cried so many tears and prayed so many prayers and the Lord is faithful to protect him every time! The enemy is out in full force attacking, especially our children. This has taught me to stay in prayer and not let my guard down even when I think everything is going well with him. I’ll be praying for your daughter as well.

Thank you Melinda. Your son will be in my prayers as well. Blessings

Araceley, while I agree with the prayers of each of us here praying in the spirit and knowing that the weapons of our warfare are not carnal but mighty through God to the pulling down of strongholds, casting down imaginations and every high thing exalted above the knowledge of God, I also would add this ‘strategy’ to , first, Pray and ask for direction, guidance and instruction from the Holy Spirit, and then, an article which helped me understand some of the physical drivers out there helping along this spirit of depression and suicide. This article found here: https://www.psychologytoday.com/us/blog/freedom-learn/201001/the-decline-play-and-rise-in-childrens-mental-disorders and also, https://www.theamericanconservative.com/articles/psychology-finally-finds-god/

Thank you Thomas, no doubt. I will research.

I am so sorry, Aracely. I will pray for your daughter and especially for you, as a mother’s broken heart is a heavy feeling. I will put on the garments of praise for your spirit of heaviness. If you can muster up three little words, “Praise You, Jesus” you will be amazed at how He will lift you up through all of this. It sounds impossible, to do, but even three little words of praise will break these chains on you, so you can endure, in Jesus’ name.

Heavenly Father, Dear Father, I pray the blood of Jesus and his protectionfrom darkness around this young woman, her rooom and also for her mother. also for her complete healing in mind, body, and soul. In Jesus ‘ might name I make these requests.

It is my prayer that your daughter will be freed from the spirit of suicide in Jesus name. I pray that she would have peace and joy of the Holy Spirit instead. Tell her that God loves her and I do too. If she needs a friend she could contact me through the email address I am using on this website. God be with your family Aracely C.

Amen sister! You go girl!
Speaking aloud his name. The Lord showed me recently that speaking his word let alone his name is increasing in power. It has power it is power and his word will not come back void.
Also …

“The Lord be magnified”

Psalm 40:16
Let all those that seek thee rejoice and be glad in thee: let such as love thy salvation “SAY” continually,
THE LORD BE MAGNIFIED!

Say it out loud! JESUS!

Hi Kasey, I see your blog has been removed. What happened?