You are here: Home » News » Jesuit Schemes by Nation » Japan » The September 28 Blood Supermoon, The Ring Of Fire And The Coming Great Japan Earthquake
Share this post: 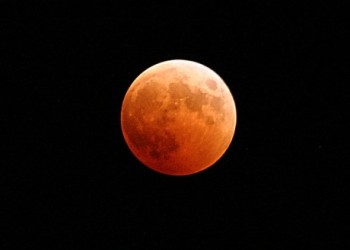 On September 28th, we will witness the last of the four blood moons that fall on Biblical festival dates during 2014 and 2015.  This blood moon will be a “supermoon” and it will be clearly visible from the city of Jerusalem.  According to Google, a supermoon is “the coincidence of a full moon or a new moon with the closest approach the Moon makes to the Earth on its elliptical orbit, resulting in the largest apparent size of the lunar disk as seen from Earth.”  In recent years, there have been some that have suggested that there is a link between supermoons and increased seismic activity on our planet.  But others have written articles that claim to debunk this theory.  Personally, I have read what both sides of the argument have to say, and I do not know which side of the argument is correct.  But what I do know is that seismic activity along the Ring of Fire has picked up dramatically in recent years.

We have seen earthquake activity increase along the Ring of Fire as well.  Just a few days ago, a massive 8.3-magnitude earthquake hit Chile.  It produced a tsunami that was approximately 16 feet tall, and tsunami advisories were issued as far away as New Zealand…

A tsunami advisory was issued for the coastal areas of Southern California, which means strong currents are likely and residents should stay away from the shore.

Los Angeles, Orange and San Diego counties warned residents to stay away from beaches and harbors due to the chances of strong currents. But authorities in the three counties said land inundation is not expected.

“Widespread hazardous tsunami waves are possible” along the coast of Chile and Peru, the Pacific Tsunami Warning Center said, and a tsunami watch is in effect for Hawaii.

A tsunami watch is issued “to alert emergency management officials and the public of an event which may later impact the watch area,” the center says. A warning is issued when a “potential tsunami with significant widespread inundation is imminent or expected.”

Even New Zealand, which is 6,000 miles away from the quake’s epicenter, issued a tsunami warning.

You can see some video footage of the immense damage that the tsunami caused in Chile right here.

Approximately 80 percent of all large earthquakes each year happen along the Ring of Fire, and at some point we are going to see natural disasters occur in this “danger zone” that are going to absolutely shock the entire planet.

In particular, you need to watch Japan.

Everyone remembers the tsunami that happened back in 2011, and within the last 30 days we have seen an eruption of Mount Aso and a 5.3-magnitude earthquake that really shook a lot of people up.

At some point, a major earthquake will strike Tokyo.  When that happens, the damage to Japan (and to the entire global economy) will be incalculable.  The following is from an article that was published a few years ago that discussed the devastation that a magnitude-7.3 earthquake would cause…

Although newer buildings in Tokyo are built to withstand powerful earthquakes, a large quake in the city has the potential to cause widespread damage.

Unfortunately, what is coming to Tokyo is going to be far, far worse than that.

And don’t forget, Mt. Fuji is very close to Tokyo as well.  At some point that volcano will erupt again, and the death and devastation it will cause will be absolutely unimaginable.

I hope that we don’t see any major seismic events in Japan or anywhere else at the end of September.  Let’s hope and pray for a very peaceful and quiet end to the month.

Sadly, the mainstream media is having a field day mocking those that are warning that this upcoming “blood supermoon” could be significant.  For example, just check out this excerpt from an article in a British news source…

The Blood Moon prophecy began when two Christian preachers with huge followings in the US claimed the date of the last of four ‘blood moons’ over the past 18 months, due to occur at the end of September, would signal the end of the world as we know it before the “second coming of Jesus Christ.”

The fourth in the series of blood moons, which have six full moons in between, is set to happen on September 28.

Despite, the two evangelists, John Hagee and Mark Britz being accused of peddling “false warnings” in order to cash in on books they have penned about their predictions, the theory continues to sweep the online religious community, with videos on YouTube going viral.

First of all, they didn’t even spell “Mark Biltz” correctly.

Secondly, I know for a fact that Mark Biltz has not been saying that the second coming of Jesus Christ would happen this September.

But this is what passes for “journalism” these days.

The end of the world will surely come, but just as surely it will not be this Sunday night or Monday morning when a super moon combines with a lunar eclipse to create a “super blood moon.”

Basically, despite the doomsayers, we’re just going to call it:

No world destroying comet, no Earth shattering quake … and if a religious figure comes/returns, our guess is that it will be on par with a personal visit like what people say happens every day … no Earth-scorching fire and brimstone will happen this weekend.

But, hey, if the world and everything comes to an end this weekend, please do send me an email with the subject line: Told You So!

Perhaps the mockers will be right.

Perhaps nothing will happen on September 28th.

But let me be abundantly clear – a great shaking is coming to our planet, and life as we know it is about to completely change.

Yes met girl 8 years ago she dreamed coming back from holidays coz something bad happened over seas like Indonesia tsunami’s’ i deamed end time false rapture blue beam type stuff’ time is now holidays here been fasting 2 weeks ,tsunami’s any time I think,’will be bad ,cerns no good too,,dreamed of this lots in my life’ trust me its now, PYRAMID PROPHECIES 2014; ,2021″ isaiah 19.19

EPV is an UltraShort Europe ETF. You should be able to buy this product in any type of account.

Today morning just before waking up, in a dream heard a voice saying American dream is over.

I watched this prophetic video regarding the pope (AKA, the false prophet) and the blood moons. This is featuring Sadhu Sundar Selvarag _______
https://www.youtube.com/watch?v=ZloUU-dB9SE

Selvaraj’s (with a “J,” not “G”) video as linked on YouTube is marked Private and not available.

James, what happened to the post about the missing puzzle piece?

For whatever reason I felt uneasy about it and had to take it down. It was only online for a few hours. Either I saw something that wasn’t right or it was not supposed to be shared.

Jason09 pointed out that, based on history, including the crash in August 19-25 when the DOW, DAX, SMI were all down, and USD/CHF also fell, the EUR/USD actually went up. If the German market crashes tomorrow, then it looks like shorting the Euro would not be a good idea. I don’t have a margin account or access to forex and options, so I’m thinking of buying an ETF called ProShares Ultra Euro (ULE) and then see what happens. I wish I could find an ETF trading on US exchanges that would just short the DAX.

EWG targets the German market. Put options on that should perform will if Germany crashes.

Thank you for you honesty and humility. We have to follow Him, wherever He leads.
Fwiw, I felt like it was *right*. I actually got out some paper and made notes on it, which I have never done before. Maybe that was the Lord.

I pray the Lord does show up on this exact day, and we begin to see people turning back to God. From what I can tell its going to take something “big” to get people’s attention. I have friends so worried about climate change, I show them verses in the Bible showing God’s control & they go right back to looking to the government. I would love to see my friends “snapped out of it” and seeking God. Sadly, I know not all will.

Hi James, I wanted to share a website that has a great video of when the Supermoon Eclipse will be visible in various time zones. Those of us in the Pittsburgh area, or any EDT zone people, will be able to see it from around 10 pm to 11 pm on 9/27/15. It will be visible from Jerusalem from around 4 am to 5 am on 9/28/15. Check out Spaceweather.com and watch the animation of the Supermoon Eclipse. The total length of the eclipse should be around 1 hour and 22 minutes. With partial eclipses lasting longer. I hope we have clear skies that night. I’m looking forward to seeing it with my own eyes. Thanks for your efforts to shine a light in the darkness.