You are here: Home » Prophecies » “I have saved the best until last. The MORE is being poured out at MIDNIGHT!!!!” 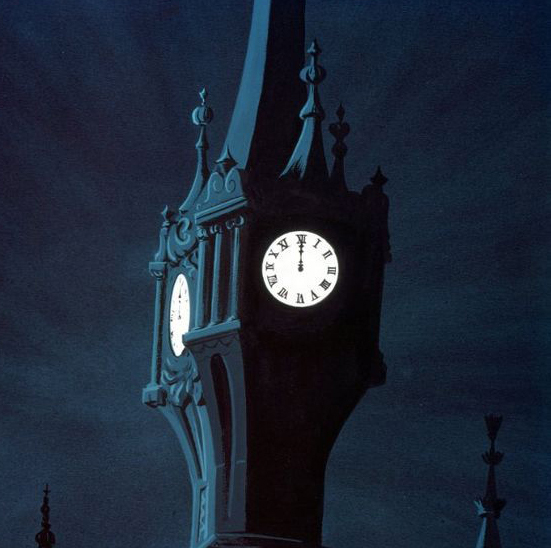 Over the past week I have had a strong sense in me of encouragement from the heart of God for those who have been holding onto prophetic words from the Lord, standing in faith & so far their experience has not lined up with what the Lord spoke over the season or situation.

For those of you who have been feeling discouraged or perplexed with how things ‘look’ right now or your experience with the season you are in thus far, I want to encourage you, DO NOT lose hope. Keep your HOPES UP!

For the Lord is orchestrating a major breakthrough on your behalf. The Lord is working behind the scenes and you are going to see a powerful demonstration of the faithfulness of God.

Many have been wondering, “Have I missed it?”, “Did I not align myself with the word of the Lord as much as I should have?”, “Have I allowed the enemy to steal from me again or distract me?” and I heard the Lord say…

Don’t get trapped in the quicksand of discouragement, despair or condemnation. KNOW that the Lord is moving powerfully on your behalf and you are about to see some HUGE divine surprises.

The Lord showed me many have been feeling like “time is running out”, that “it is over”, or it is “coming close to the end” where things are just not going to change. I want to encourage you that the hand of the Lord is about to move in power and EVERYTHING is about to change. Keep your hopes up, keep your faith strong, keep your hope and trust in the Lord, because He is about to POUR IN MORE into your life than you can imagine. You are about to see the words He has spoken to you are TRUE and it is NOT too late. You are about to see an explosion of the “ABUNDANCE OF GOD” in your life in greater ways.

“THE MORE IS BEING POURED OUT AT MIDNIGHT”

I heard the Lord say..

“I have saved the best until last. The MORE is being poured out at MIDNIGHT!!!!”

It’s not a time to be downhearted, discouraged and despaired, it’s a time to be encouraged, rejoice and stand on the Word of God and who you know Jesus to be, His faithfulness, feast on your history with Him and who He is, because…

You’re about to see a significant turnaround and shift by the power of His Spirit ushering in the fulfilment of words He has spoken to you… but MORE than you imagined. You’re not coming out short, you’re coming out with MORE!

Don’t put those words down that He has spoken!!!! Keep holding them, saturate yourself in them, meditate upon them, feast upon them, they are about to come into manifestation for many. If you’ve laid down your words for what God has said to you about this season, pick them up again and watch and see what He is about to do.

THE MORE is being poured out at MIDNIGHT and it will not be by your strength or might, but by the power of His Spirit! (Zechariah 4:6)

This is exactly how I’ve been feeling! I’ve been waiting and waiting for a prophetic Word, that was spoken over me to come to fruition. Have felt for quite sometime now that I somehow missed the mark, or inadvertently did something to cause it not to happen. What an incredible lie from the enemy of our souls! Thank you Lana for this Word. Most importantly, thank You Jesus, for this timely reminder, and for always showing up right on time. Your time, to be more precise! You never fail! Love y’all in Christ, Nickie 🦋

This word Lana was for me because I stopped reading these encouraging words from God. All because I believed I didn’t fit the category of Jesus remnant which He will use mightily. And the blessings you talked about in previous messages. I thought its for mature professional christians that are able to hear Gods voice and know Jesus personally and gave up their sinful nature and people who are being led by Holy Spirit. Thats so not me. I thought its way too late for me to develop this relationship with Jesus and work on myself to be used by God in a powerful way. It took people years and years. Like all of you here. Im just beginning to dedicate my life to Jesus day after day. And i only recently learned that i was actually born again. Even though i was born into a christian family. Basically I wouldn’t believe this word as well if not fot the dream i had last night where i was in a group of people where we had to practice our gifts. And Jesus was there too. And it was peaceful and quiet place. Basically it spoke to me that I am in the group which God wants to bless and I just need to believe that and recieve these prophetic words. So im so happy. I can’t believe that God considers me a warrior and one who will do things for Him even though the end is near.

Amen! So encouraging and exactly what I needed to hear! God Bless you sister😇🕊💗

For me also Megan, thank you and God bless you Lana

I heard in my spirit a couple of months ago, “it’s 10 till midnight”

Do you remember the date that you heard that? It sounds like a time message about something important. It could be 10 weeks or 10 months or 10 years.

I don’t, I have recently started writing things down much more but about a year ago as I was waking up one morning I heard,”it’s the 11th hour” so I have been trying to get a rough idea from there if that makes any sense… thank you

Wow Lana I have to verify this word, I got a call about a job I really wanted the other day, and so far it is working out beautifully. I am so thankful God opened this door for me. I still hope to see the other things turn around and get better!

Amen to that word. That was for me

Glynda’s word is so fitting for the never giving up theme the Lord is revealing to us.
Just Follow
Do not try to understand where I am leading you, just follow. My ways are higher than your ways and your mind cannot fully comprehend My greatness or how I can use you.

The common men who followed Me in My time on the earth would never have been chosen to work by the Pharisees of My time, for their foresight was limited to men’s opinions in the now. But I can see much further than that. I can see all eternity. I can see the full scope of your work and how many souls you can touch by obeying Me.
Do not try to understand the way that I am leading you, just follow. And believe.
Isaiah 55:8-9: For my thoughts are not your thoughts, neither are your ways my ways, saith the Lord.
9 For as the heavens are higher than the earth, so are my ways higher than your ways, and my thoughts than your thoughts.
Acts 4:13: Now when they saw the boldness of Peter and John, and perceived that they were unlearned and ignorant men, they marvelled; and they took knowledge of them, that they had been with Jesus.
Mark 5:36: As soon as Jesus heard the word that was spoken, he saith unto the ruler of the synagogue, Be not afraid, only believe.
Proverbs 3:5-7: Trust in the Lord with all thine heart; and lean not unto thine own understanding.
6 In all thy ways acknowledge him, and he shall direct thy paths.
7 Be not wise in thine own eyes: fear the Lord, and depart from evil.
wingsofprophecy.com

Yes, my Heavenly Father. Your Will for my life be done.

Hi lana, Thank you for sharing this word. I receive this in jesus name!