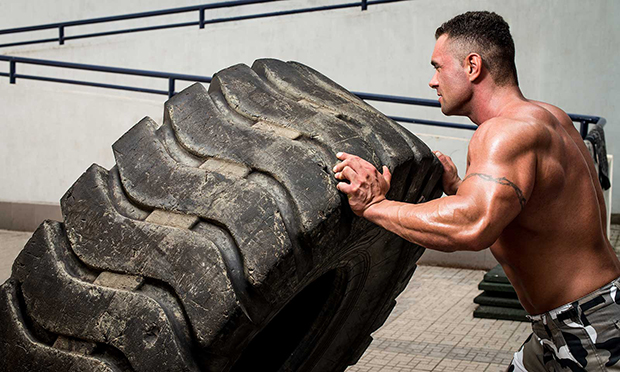 Over the past week or so, I have been hearing the Lord repeating over and over, “I am releasing STRATEGY for STRENGTH”.

Instantly, I had a vision and I saw MANY weary warriors where the battles, struggles, fires and trials they have endured have left them really weary.

The Lord’s voice thundered over them, “I am releasing STRATEGY for STRENGTH.”

Instantly, I knew an invitation was being released from the Lord to come and hear HIS strategy that He is releasing right now. I felt this strong sense in the atmosphere that it is crucial to be hearing and following HIS strategy alone because the enemy is attempting to lure God’s people into ‘false strategies’ not flowing from the heart of God to weary them and burn them out.

In this strategy for strength there will be a major strengthening of faith that will take place, the flourishing of the faith rested life (Hebrews 4:11) that will blossom all around. Many have become so weary from fighting the lies of the enemy, the bombardment of continual circumstances, winds of opposition and turmoil of the heart, but the Lord has heard and He is releasing His strategy for strength. This time will be so important for many as they will be re-established, refreshed, rejuvenated and restored.

STRENGTH FOR THE FUTURE

I felt the heart of God so strongly for LONGEVITY. The enemy has been coming against many recently with his many lies, but all screaming the same thing – everything OPPOSITE to LONGEVITY. Friends, that’s a LIE! God is building and working deep within the body of Christ right now to mature, to strengthen and to draw us up higher into living by faith and His reality.

The strategy of God right now will bring you life, strengthen you and refresh you.

Lean your ear close to His chest and let Him speak His strategy to you for there is a divine STRENGTHENING coming upon you.

i see in dream, when things get tough, one of the way for strength: pray in tongue for at least 20 minutes.

Lana, boy do I ever need this word, my dad is 84 years old and has been diagnosed with stage 4 cancer and he is in a lot of pain. So we are dealing with a lot of issues right now. And lack of sleep can really make you lose your focus sometimes

Lifting you and family up Sister Michelle , Blessings .

Thank you! And this is so true. The lier is so angry when we fast and pray as a group. I have seen him so angry lately. Even in a dream I had enough of him and just went at him and a woman in the dream gave me armor and said you’re going to need this. But a human can only take so much. I felt a strengthening yesterday morning and thanked God for it. And as I sat in the Dr office with my grandson I felt a nudge to put down my phone and pray. As soon as I began to pray a mother came in with a baby that couldn’t breathe. The mother sat down by me with tears streaming down her face and told me the baby’s story. I told her I was praying. We were called to the back and I asked if the baby could go before us. The nurse said they were handling it. I said well I was nudged to start praying before that baby came through the door. The nurse said really? Then I heard him come to the back and people were scrambling. I cried because I had felt the strength of the Lord and He had told me to pray. It had felt like I’d been in a wilderness. So I was able to hold this word to my heart.

In order to get the Strategy for strength , we ( HIS Children ) must have the proper goal / destination we wish to accomplish , what should this goal be . JESUS gives us that goal / task / job in Matthew 6 : 19-21 . JESUS tells us not to seek treasure / wealth on earth , but to fill our Heavenly bank account with treasure . How do we do we fill our Bank Account in Heaven ( where it lasts forever & our heart should be ) ? Satan knows the answer , it is the same thing he seeks – Souls / Wealth ! Only by touching Souls for the kingdom do we add to our Heavenly Bank Acct. , all else is vanity & self will the LORD has taught me . Blessings

John: You are so on task here. I think many believers get caught up in living in this world with all of its distractions, that we lose sight of our purpose. It really isn’t about us being “fat, happy and blessed”. Our purpose is to be a beacon of light for those so lost in this very dark world. That strategy is keeping our focus on God and what He wants in our lives. In addition, to be willing to give up our own agenda; even our lives in this mandate from and for God.

Amen Sister Kasey , I spent half my life chasing fast cars , women & money , had me some wild times , seen & done things few but the Rich get to do . Yet the first time GOD used me to harvest someone , it was worth more than all I had done or could do . Blessings

Great word Lana. I can relate to this. Thanks for the encouragement.