You are here: Home » Prophecies » “I am releasing an increase of My fire upon the mouths of many of My prophets.”
Share this post: 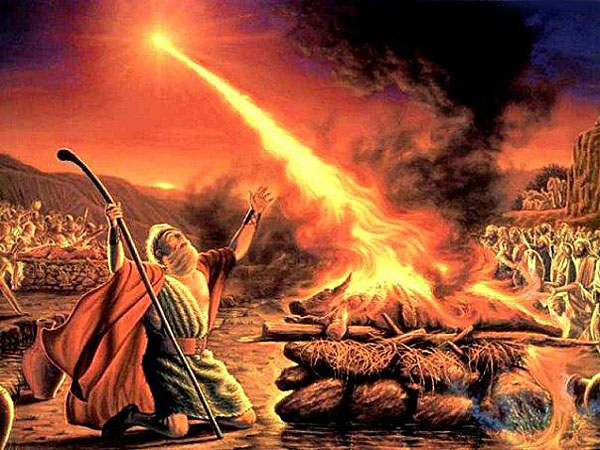 The Lord was highlighting the word “UPGRADE” to me this morning. As I saw this word, I could hear it being heralded in the heavens by the Lord.

I then saw a sign in the spirit that said, “DIVINE UPGRADES, THIS WAY” with a huge arrow pointing to the right.

“Pay attention right now to where the favor and upgrade falls.”

The Lord is repositioning many. He is rearranging and there is a shift of direction and assignment taking place for many right now. It requires a deeper yielding to His promise, His direction, His positioning and timing.

I kept hearing the words:

I want to encourage you in these divine upgrades the Lord is releasing, to guard your heart. For the Lord showed me that a spirit of jealousy will attempt to come against the divine upgrades He is releasing. That out of wounding and the lack of revelation of sonship, identity and His goodness, that many moving into these upgrades could find opposition from fellow brothers and sisters.

Friends if this happens, pray for them, bless them (Luke 6:28), pray that the love of Jesus would engulf them and deeper encounters for them regarding their identity in Christ.

The Lord showed me that just as those moving into upgrades right now may come head to head with a spirit of jealousy, there is an equal warning for those moving into the upgrades to guard their hearts from offense and bitterness and to be ones who bless.

The major shift and awakening that is taking place right now in the body of Christ is stunning!!! The Lord is inviting His people into a deeper place of yielding and there will be major divine upgrades in following the direction of God and moving forward in obedience to Him.

POSITIONED IN GREAT FAVOR TO RELEASE HIS FIRE

As God’s direction is followed in obedience and many step into these divine upgrades, the Lord showed me that the positioning in great favor will take place to release His fire.

“Favor to release My fire!!”

There shall be major fire that will fall on the decree of the Lord!

In these divine upgrades, there is an increase of the fire of God upon eyes and ears to see and hear what God is saying. As divine alignment takes place with what He is saying, I saw the fire of God come out of mouths with a weightiness never experienced before and SUDDENLY places will be ignited with the fire of God.

In the divine upgrades He is releasing, I saw an increase of positioning and purification taking place upon the prophets.

The Lord is reassigning many prophets right now to new realms of influence, sending them on new assignments and releasing greater strategic keys and revelation to them to release to the body of Christ.

In the place of obedience to the Lord in flowing with His repositioning and new assignments, there was an increase of fire upon their mouths and the Lord said:

“I am releasing an increase of My fire upon the mouths of many of My prophets that will cause the ancient gates to shake and release the sound, “AWAKE! AWAKE!”

There are going to be major changes that will be seen in the prophetic ministry in this new era. God is realigning and reassigning. He is purifying, changing and reshaping. There is a clarion call to the prophets right now to yield and draw close and to embrace because things are rapidly shifting and changing in these divine upgrades.

The King of Glory is stepping in!!!

The divine upgrades He is releasing in greater positioning is to see His name glorified, His Kingdom extended and the whole earth to be filled with the knowledge of His goodness and kindness. The glorious sound of the Gospel, Jesus Christ the hope of Glory resounding louder.

The earth is going to be set alight by the fires of revival!!!

“The earth is going to be set alight by the fires of revival!!!” – I believe that Lana, and I look forward to your posts as they are very often aligned with what He shows me. God bless you mightily, sister!

I must speak up, for those who have eyes to see and ears to hear.
The fire out of the mouth of true prophets is REPENT. To bring the truth of righteousness and holiness to hardened self-centered hearts who have fallen away from the Lord into lukewarm complacency. . . To prepare the way for the LORD.
Luke 6:26 –Woe to you when all men speak well of you, for their fathers treated the false prophets in the same way.
If our hearts are not seeking full truth, but seeking that which makes our ears get scratched, WOE to us, for the deluding influence will be our desire, with eternal damnation our destiny.
Therefore, it’s critical to seek the Lord fully, truly have our hearts right with the Lord. Pray about ALL prophecies, especially those that are “feel good”, for we may be following a member of Luke 6:26.
Get ready.
Massive judgement unfolding suddenly.
Many will be heading to hell suddenly, who did not repent, thinking all is well.
It’s not well.
USA is Mystery Babyon.
Get right with the LORD, for today may be your last
Don’t follow any man or woman. Follow the leading of the Holy Spirit Yourself, for only HE can help you fulfil your destiny.

Repentance is key – and the results are beautiful! I’ve been joyously praising Him all day because two of my employees came to repentance today over a long-standing issue!

Linda..I wholeheartedly agree with everything you have said..it is a time like no other in the history of mankind. …we would do well to stay in & of a HUMBLE & CONTRITE SPIRIT…& WE MUST TEST EVERYTHING IN THIS HOUR.

As each generation is birthed…( in All the Nations of the World, it seems to get worse & become more focused on SELF- self centred.( human rights etc,very multi faith oriented..or what the Gov’t can do for man…) ..& it’s all about how GREAT man ..woman thinks they are…

No we don’t need our ears tickled..we need to be wholeheartedly seeking the True Father in Repentance for the pride of life..and our own sin, including our children …( including attitudes & the sin of presumption…)

That is similar to my open vision this morning..i was above the earth but looking down mostly at the United States and it was at first complete black then he showed me standing up with my right arm held high and a lamp lit in my hand. I then looked down and saw other lights going on as well. I heard…its time!!

Megan Manrubia
Reply to  Jennifer B

Wow that is awesome!!! What an exciting vision, thank you for sharing!!! Jesus is so good to us, praise His Holy Name!!!

Ok confirmation!!! Have you ever woken up out of sleep, uttering out words from the Spirit of God? Last night I woke up feeling like I was still half asleep and asking the fire of the Holy Spirit to come upon me. I slept horrible last night but everytime I woke up I was thinking of fire. At one point in the night that I woke up, I felt like I was on fire! On a side note, I was babysitting my kids yesterday and the boy I watched was asking if there was fire in heaven. I got to have an opportunity to discuss with him that God is an all consuming fire and what Holy fire does. Omg I am still so excited!!! As soon as I saw the picture and title, I almost fell off my bed haha I laugh with such joy! Thank you for sharing sister Lana!!! God definitely has moved me in a new direction, thank you Jesus!!!