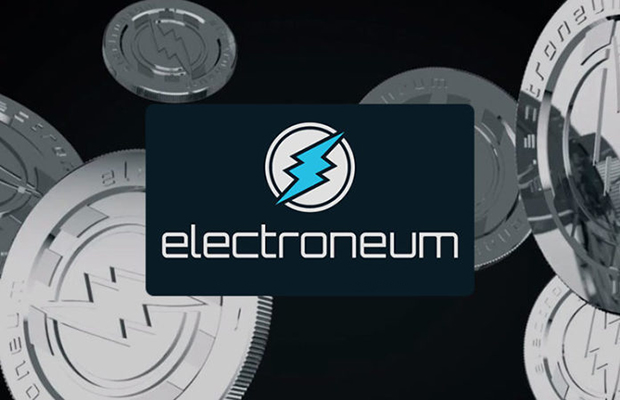 Just 12 hours ago, a Reddit user posted the following dream he received regarding a big move up in the value of crypto currency Electroneum (ETN).

I wouldn’t normally share a dream posted by an unknown person, but sharing this one because it confirms a dream received on January 22, 2021, by Christopher Harris in which he saw ETN going up to $51.

“Guys, I just wanted to share I just woke up and remembered I had a dream in which ETN would go up to 56$ a coin.

I also remembered I tried to exchange my ETN for USDT but Swapzone wouldn’t work.

Honestly, it looked more like someone hacked Coinmarketcap than anything else, but we’ll see.”

The Reddit user name is SoSnake. He describes himself as “Gamer, Traveler, Digital Marketer, self-starter. I’m into human psychology and self-development. I’d like the world to be a better place. Doing my best. I’m Italian and can make homemade pizza.”

Thanks to Z3er Joel H for sharing this.

Good Evening church family,
I hope this message finds you all well! Has anyone received word from the Lord regarding which trading pair for Electroneum (ETN)? I’m curious if I should consider selling into ETN/BTC, ETN/ETH, or ETN/USDT. I hope each individual and their family is having a pleasant week. God Bless!
~Your Brother in Christ
Mr.Maal

I think BTC, RDD, ETN, ZRX (maybe not ETH)….are all going down first based on TA and some prophetic dreams.
Did anyone had a dream recently confirming the next move?

I’m soooo pumped for you ETN investors, no pun intended. I wrestled with Kucoin login so much that I gave it to the LORD and said it’s not my gig, but I can’t wait to hear testimonies about this big, bad pump!!!!!!!! Praying for restitution, ammunition, and Godspeed, in Jesus’ name. ???

Carolanne, perhaps you are already aware Changelly is available??? just have your ETN wallet address( ETN app)…the good news for us per ETN ‘s Feb19th press release-ETN has USA partnership-used as payment in airport parking. The logic being USA exchanges will much more willing to include ETN. As we know ,CH has seen ETN on Bittrex at some point…and maybe sneaky Coinbase adds ETN..Gotta have you “in the game”,not on the sidelines…pardon me for my concern, I keep remembering your INSIGHT of ETN rising up from the ground-you are valued Z3er..

Thank you, Kenneth, you are too kind. I will check Changelly out. Yes, I feel pretty certain ETN is about to go up up up. I saw Kucoin got hacked twice in fall 2020, so when they reject my password and I couldn’t reset it because they don’t send activation codes, I gave up. Maybe it’s for the best like dodging a bullet. Last time I had trouble with Kucoin, ETN went down further, so I guess the LORD sometimes has our best in mind even when things seem like they aren’t working out. Exciting times we are about to see. Shalom.

Please pray and seek guidance of the Lord before taking any investment decisions.

Thanks, Rohit! That’s a second confirmation that ETN spikes first and Matthew also gives the timing for March. It’s worth considering and focusing on ETN.

Today is the great day to buy Electroneum, Reddcoin & Stellar Lumens!!! Can we go down to Brother Christophers 0.004 ETN target in this crash? Let’s see.

Who was the first confirmation? I noticed Mathew was just thinking it could be March/April and this was not given to him by The Lord. Thank you.

Joel,
Christopher Harris was the first who mentioned it. https://z3news.com/w/etn-moving/

Thank you. What gives me pause is that 0.004 was just hit a couple of weeks before he got that. And three times in the past couple of months so it makes me wonder if it was given to him as a floor that’s already been achieved. Helps give added timing to the stock market crash though since he saw BTC at $40K and RDD at $0.89 when that happens…Thanks again.

Could be but the general rule that I’ve found with prophetic stuff is it is showing the future unless specifically identifying it as a historical reference. So I don’t think Christopher would be shown that price if it was too late to catch it.

James how do you buy electroneum on kukoin website. I need help please

Z3 shares insights into market prices but we’re not a brokerage or investment company so that’s the extent of what we can do. For training on crypto currencies or Kucoin, I recommend doing a Google search.

Skip,
It is quite easy to do that. First, you need to open an account at your own country’s cryptocurrency exchange ( which will enable you to withdraw money to your own bank account. ). Second, then you open an account on kucoin. you send money to your local exchange and buy btc, then from your local exchange to send the btc to kucoin, and use the btc to buy etn ( electroneum ). When you send btc to kucoin you have to copy the btc deposit address from kucoin, and paste it to the withdrawal address on your local exchange. You have to make sure you do not make any mistake in this step, otherwise your btc will be lost. I took a photo of the deposit address then check it after the paste step to make sure no mistake on the address.

I recommend using xlm (stellar) for any crypto funds transfer as it extremely cheap network fees, lots of liquidity and has a memo ( an extra address for added security and speed, most exchanges have a xlm/btc or xlm/usdt pair, you have to make an extra trade but still cheaper than sending btc

This could indicate that the effect of the flash crash in Bitcoin will be felt in other alt-coins for a short period of time.

Dear Z3 Community, can we all join each other in one accord to pray that those of us whose ETN is still held up with the hacked Cryptopia exchange would be returned to us swiftly… before any major spike. Oh Lord, we plead your precious blood over all our investments, that not one coin would be lost. Amen

I called grant thorton over skype a few days ago because they have not answered my tickets in over 2 months and I received no registration email. They gave me another email but slo no reply. I think we also have to start calling them until they take action

There has been a lot of talk about how the majority of Chinas crypto mines are located below Three Gorges Damn which is on the verge of collapsing. The latest public report admits 1,300 cracks with 200 cracks leaking water and it’s still raining up stream. The failure of the dam will be our warning sign to jump to our crypto war stations and prepare to trade because in my opinion this will cause wild swings in crypto prices.