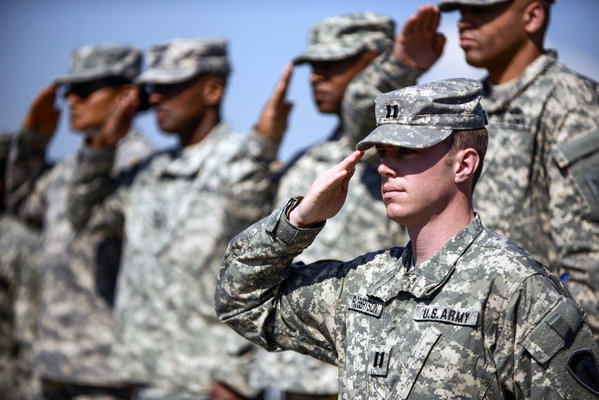 Recently, I heard the Lord speaking over many, “I am re-commissioning you”. When the Lord spoke these words I knew that these ones had an encounter with the Lord where He had commissioned them into their assignment for the season and what it looked like, and since that encounter where the commission was released, it seems like all hell broke loose against that commissioning word of the Lord over their lives.

I saw these ones had been through such intense battles over this “commissioning” that they have been left feeling stuck, hopeless, confused, and doubting the commissioning. I could hear the sound of many hearts crying out, “Is the commission still the same for this season? Has the assignment changed, Lord?”

It was a cry that came from the deep weariness of battle. The commission that they had received from the Lord was specific assignments and what the assignments would look like for the season.

Friend, if that’s you today, I want to encourage you, the Lord showed me that the enemy is TERRIFIED of you walking in this assignment. He is TERRIFIED of you walking out this commissioning in your life and he has come to weary you, intimidate you and discourage you, but take heart. The Lord has seen the battle, He has seen the level of warfare you have endured, He has seen the tears that you have cried and the level of weariness within your heart, and I hear the Lord saying, “Get ready, a FRESH ENCOUNTER is upon you where I am RE-COMMISSIONING YOU AFRESH.”

I began to see these ones that have been in the thick of the battle over this ‘commissioning’ going into incredibly deep encounters with Jesus. I saw Jesus standing before them and again He was revealing the blueprint strategy. He was again revealing and sharing heaven’s assignment for their lives. As the Lord spoke the haze cleared. As the Lord spoke I heard the sound of an attack against the commissioning, breaking. I knew immediately that the attack that was breaking was the spirit of witchcraft that had come to ‘twist’, ‘manipulate’, and cause a ‘haze and a fog’ over the vision that came in the commission.

The Lord was bringing such deep clarity to the commission and the vision that these sons and daughters of God began to stand up straight with a strong countenance of conviction of what the Lord has spoken. The atmosphere then began to surround me with the Lord’s love at such a deep level. I began to feel the atmosphere so thick with His love and the sense of “increase” and “repayment” surrounded me strongly. Jesus smiled and looked at these ones and He spoke,

“Not only am I commissioning you afresh into the assignment I gave you for this hour, but I am now taking you into greater increase. I am now bringing you into a deeper understanding, a greater expansion and increase of the vision. I am not only confirming the vision again, I am unveiling deeper revelation of the assignment and new areas of increase within the assignment. I am breaking the heavy yoke of the enemy and his assignment over you this day and I am bringing you into the deepest rest in Me that you have known in this assignment that I have commissioned you into in this season. I am bringing forth greater breakthrough, empowerment, and provision within the assignment. You are going to see in so many different ways why the enemy has chased after you regarding this vision.”

Immediately by the Spirit of God, I understood that the enemy has come against the vision and that place of commissioning of many to intimidate, discourage, and weary them to cause them to MOVE AWAY from the vision He had given them, but the Lord was not only breaking this assignment of the enemy by the power of His Spirit but these ones, as they walk in obedience and yielded surrender to the Lord in this assignment, that they were about to host a MIGHTY MOVE of the Spirit of God. The enemy was TERRIFIED of the move of the Holy Spirit that is being birthed in these assignments and commissionings.

Friends, if you are one of these ones that have found yourself in this deep place of discouragement and battle over the commissioning of the Lord in these new assignments and have come to a place of feeling so empty and even doubt over the assignment, I speak to you today, the Lord is re-commissioning you afresh. Position yourself afresh in the secret place with the Lord for this refresh commissioning. The Lord is not only breaking off this attack, He is not only clarifying the vision and the assignment again, He is adding increase to the vision and commission.

The fiery darts of the enemy tried to kill the vision, but now in deep encounters with Jesus, you will be recommissioned afresh and move forward carrying HIS FIRE. Stay close to Jesus, stay close to His chest with your ear upon His heart to listen to what is on His heart and walk in His way, for you are about to host a mighty move of God in this assignment that has caused the enemy to tremble. Mighty, victorious one, arise and go forth, commissioned afresh into these new assignments again.

Then he said to me, “This is the word of the LORD to Zerubbabel: Not by might, nor by power, but by my Spirit, says the LORD of hosts.” – (Zechariah 4:6 -ESV)

Amen and Amen! This is a fresh SPOT ON WORD ❤️

I feel privileged to be the first one to comment ! Allow me to say just one word:

AMEIN ! Be it done unto me as You will Lord.
I Am My Beloveds and He is mine !

and, Thank You Yahushua haMashiach for … YOU ?

Beloved ones, read this after you’ve read and assimilated this prophecy through Lana from our Lord, https://angiestolba.com/2021/03/10/restoration-of-passion-joy-and-intimacy/ It confirms His Word to us, whom He is restoring, renewing and restrengthening for this battle and REMEMBER! It does Not matter how we began this race; it only matters how we finish