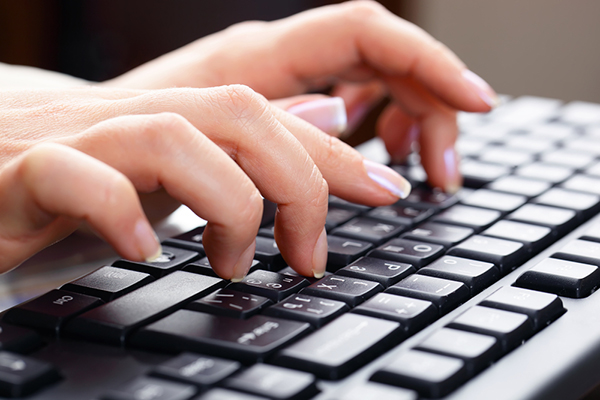 This week I heard the Lord speaking over many in the body of Christ and He spoke these words, “GET READY TO WRITE AGAIN”.

When He spoke these words, I knew that the word He was speaking was twofold.

Firstly, the Lord was speaking NEW WRITING assignments. These new writing assignments were coming upon many suddenly and they were unexpected. The Lord showed me that many have recently written, some wrote a long time ago and then there are many that have never thought of writing. I heard the Lord say “SURPRISE! It is time to write!”

I then began to hear what sounded like the sound of an earthquake, it was a shaking and a major shift and the Lord spoke,

“What I will have you pen in this hour in this surprise assignment will SHAKE, SHIFT and BREAK OPEN My plans and purposes in this hour and for this new era. Many of you will have to adjust your time and schedule to fit in this new surprise writing assignment, but the grace and empowerment of My Spirit that will be upon your writing will be greater than you have ever experienced.”

I then began to see a HUGE tidal wave of revelation of the Word, His wisdom and strategy being released in a much deeper way than they had ever walked in before. As I watched these ones begin to ride in and on the wave of His Spirit bringing this revelation, wisdom, and strategy all at the same time, I saw this wave was also bringing DEEP healing. As they wrote, healing was taking place in their own lives personally and the anointing of healing was upon that which they were scribing of the Lord.

I then heard the Lord say,

“These scribes are scribing that which I am speaking and revealing and it is marked by My divine strategy that will bring HEALING. The words of My heart and mouth that will go out through what I have these ones scribe will bring HEALING to individuals, families, communities, cities, and nations. These ones have lived deep in My heart, they live in the library of heaven’ listening to what I am saying and seeing what I have written for what is to come and they have been stewarding these words with purity and humility and now it is time for their release.

For others, I have and will surprise them with the downloads of My heart for what they will scribe and it will take them into a realm of tending new lands and gardens with Me that they never thought they would. The anointing that will be experienced in the writing in these ‘surprise assignments’ will be like nothing experienced before and these assignments of scribing what I am saying will be part of a ‘library of revelation’ that I am building through many scribes in this era containing key revelations, teachings, messages and strategies for the era. Purity and Power will flow through that which I have them scribe as they live in a place of purity and deep intimacy before me. Many of these ones have been hidden in the caves, the world may not know their name, but they are known by Me and I am raising them up to release My voice with purity, power, and boldness for such a time as this.”

TO THOSE THAT HAVE LOST HEART, BEEN DISCOURAGED AND GIVEN UP ON THEIR CALL TO WRITE, GOD IS HEALING YOU, BREATHING LIFE INTO YOU AND SAYING, “IT IS TIME TO WRITE AGAIN”.

I saw many who have lost heart in their call to write, they have been discouraged, they have had ‘seeming failures’ and ‘closed doors’ in their writing, those that have given up on the call to write, the Lord is bringing healing to them. If that’s you, I want to encourage you, the breath of God is upon you to breathe life and hope back into you. The Lord is pouring His love upon you, He is healing you and He is loving you back to life. His heart is speaking over you “It is time to write again”.

The assignment of the Lord is coming upon you to scribe again. Your writings for the Lord will be marked with a fire of His love, you will be one to release hope, restoration, and healing to many. The enemy came strongly against you to try and take you out and kill your assignment of the Lord to write, but the Lord says to you,

“NOW, you will not only step into the restoration of all that was lost and stolen from you, but you are also stepping into a greater realm of clarity, vision, focus, and revelation for what I will have you scribe. The enemy tried to break you, shake you and kill you, but I am now coming to restore and heal you and what I will have you scribe will bring others together, there will be a reconciliation anointing upon what you write, there will be an anointing upon what you write to see restoration and refreshment come to those who hear and see the words I will have you scribe and release.

DUST OFF WHAT HE HAD YOU WRITE

I heard the Lord say,

“GO and grab the song, grab the manuscript, grab the poem, grab the teaching that you put away, that you gave up on. GO and get it, dust it off, and ask Me for My strategy for release. For you gave up on the revelation I gave you because of words others spoke over you and you believed the lies of the enemy as he came against you to taunt you with his intimidation to cause you to withdraw, but I say unto you, TODAY is a new day. PICK UP again, what I have had you write and believe again in that which I spoke to you, and ask Me for My strategy of release and watch the winds of My Spirit pick up My message and take it further than you could ever imagine.”

Thank you for bringing this word before His body of Believers here in this community!

“The enemy tried to break you, shake you and kill you, but I am now coming to restore and heal you and what I will have you scribe will bring others together, there will be a reconciliation anointing upon what you write, there will be an anointing upon what you write to see restoration and refreshment come to those who hear and see the words I will have you scribe and release.“
That is what I’ve felt like over the past several years …

Yes, I agree with Daniel… Beautiful! So yesterday morning I was washing my face and thought to myself, “what happened to my writing skills?’. When I walked away,, or should I say escaped from that false prophet over 10 years ago, I quit writing. And then right after that I read your post and smiled big. Another timely word from Z3!

Thank you Sooooooo much for this Word. I believe it and receive it. Thank you so much!

Beautiful. This is the time.