You are here: Home » Church » Assignments » “Are You Ready to Submit the Petition?” 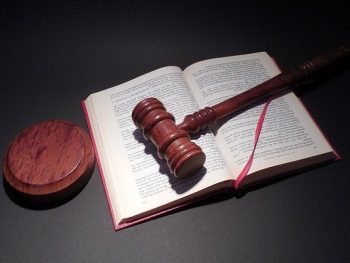 In a previous article, I shared how in the first week of February, 2020, the Lord gave some specific instructions one night through the repetition of a dream.

In the dream, it was as if I was put into the role of a “detective” of some sort.  I kept hearing the word “watch” and “observe.” I was sifting through papers and separating certain ones.  I wasn’t shown the content of what I was looking at, or what I was supposed to be looking for.  As I awoke, I heard the Holy Spirit say,

At the time I had no idea what God was referring to, so wrote down the dream/word and began praying for interpretation.  It wasn’t until the later part of March, after the lock downs began, that the Lord showed what it was His people were to watch and gather evidence on.

Many Saints have now awakened to the fact, what we see happening on a global scale has nothing to do with a virus.  Whether one exists – or not – is not the issue.  A plan to subdue the masses and take control of every aspect of our lives is playing out around the world.   The veil is being lifted; and what’s being exposed is pure evil.  We are witnessing a level of unimaginable wickedness, growing by the day.

The morning of November 4, after some time in prayer, the Lord asked,

“Are You Ready to Submit the Petition?”

It totally rocked me, as I’d just been conversing with another saint regarding the above-mentioned dream.  The Holy Spirit then “downloaded” further revelation as to why instructions to gather evidence was given – and what we’re to DO with such evidence!

Evidence is gathered to gain a conviction in a court of law.  The investigating party must gather sufficient legally admissible evidence to convince the judge a suspect is guilty.  Once such evidence is gathered, it’s submitted to the court via a Petition.  A formal petition is oftentimes signed by many people before being submitted for a particular cause.

God’s waiting on His Saints to petition Him – the courts of Heaven – to render His righteous judgments!

This hasn’t happened yet, as most desperately continue holding onto THIS world.  The judgments of God are looked upon in a negative light, something to be feared.   But the Lord’s shown this will soon change – and they WILL cry out to Him…

Brethren, it’s time to examine our hearts before God. Do we truly want the Kingdom of God to come – for His will to be done on the earth?  Or do we only want our discomforts eased to the point we can resume our “normal” lives in the midst of this wicked cesspool?

Do we truly want repentance to sweep this nation and world, to bring in that great harvest we’ve been praying for?  God’s judgments are given in His goodness and mercy, and used to awaken those who will, to bring repentance unto salvation.  We need to understand, this is how many we’ve been praying for will finally be brought to their knees in repentance.  It will be after their idols are swept away, that they finally seek the One True God!

The Word assures us God’s judgments are TRUE and RIGHTEOUS (Rev.19:2).   Jesus said now is the judgment of this world when the ruler of this world will be cast out, and that when He (Jesus) is lifted up, He will draw all people to Himself (John 12:31-32).

He will redeem His people with an outstretched arm and with great acts of judgment (Ex. 6:6).

God’s asking, “Are You Ready to Submit the Petition?”

Please pray over what’s been shared.

‘The Lions are Roaring!’

‘Do Not Leave Your Station’

Psalm 100:4, “Enter His gates with thanksgiving, and His courts with praise! Give thanks to Him, bless His name!”

Philippians 4:6, “Be anxious for nothing, but in everything, by prayer and petition with thanksgiving, let your requests be made known unto God.”

Psalms 17:1-2, “Hear the just cause, O Lord; listen to my loud (piercing) cry; Listen to my prayer which comes from guileless lips.  Let my verdict of vindication come from Your presence; May Your eyes look with equity and behold things that are just.” (AMP)

Psalms 33:10, “The LORD brings the counsel of the nations to nothing…who confounds the wise and turns their knowledge into nonsense.”

Revelation 19:2, “For true and righteous are His judgments, because He has judged the great harlot who corrupted the earth with her fornication; and He has avenged on her the blood of His servants shed by her.”

Thank you Diane for sharing what the Lord told you. I have been quietly gathering the evidence since March. Since I am a trained scientist I am easily able to follow the science on the covid epidemic, I know from the evidence who is telling the truth and who is lying. It has been deeply disturbing to document that our health officials and the media have been intentionally prolonging and using this epidemic for their own ends.
This whole episode has drawn me closer the Lord. God is Good and His ways are inscrutable.

Just this afternoon I was online listening to Rudy Guiliani talking about the election corruption. I was reminded of what I’ll term a vision of this very time that I recalled from around 2010 when I was in the National Guard. At the time (as I was keeping a notebook on many of my dreams & prayers) I had seen a short “snippet” of this very time – when the current election was being contended. Basically, everything that is playing out at this very time. I jumped up, looking for the notebook but couldn’t find it. It had been too long, and I don’t believe I had saved it, as I certainly didn’t recall the specific vision I’d had. (It wasn’t a vision, but a mini-movie which simply played out the current scenario) When I recalled this, I was so disheartened to realize that I no longer had the notebook (although I don’t really know why it would matter that much, as I couldn’t verify it with very many people). I wanted people to know that God does show people what will occur in the future, sometimes even quiet, unknown persons like myself. At the time, I worked at the Air Base on Security where Biden would fly in and out (on a weekly, if not nearly daily basis) – Never expecting anything like the current predicament America finds itself in. Do not discount your own witness, your own experience, as I believe everyone has a small part to play in what occurs in our world! Your part may be more important to others than you realize! Thanks to all for prayers and relating of visions and info, everyone needs to be reminded of the Lord’s watchfulness and uncompromising faithfulness!

Diana – You have hit the nail on the head! The Lord is ready to execute righteous judgement and personally I am one who is prepared to endure it and help to reap the harvest that is to come. Too many people want to hang on to this way of life, but the wickedness and evil that are present in the world today makes me yearn for God’s Kingdom here on the earth and I am anxiously awaiting its establishment. Great insight to what is going on and I feel you have expressed it very well. Thank You!!!

God’s message is so well articulated in your message(s). We must remember that true repentance and turning to God seldom happens in times of plenty, or when we believe that we can “dig our way out” of real problems, by our own machinations. People cry out in genuine repentance and change, when there is no way out. Yet, His children know that He can even make streams in the desert. Too, His goals are for our spirit, for it is eternal, rather than to bring relief/comfort to our earthly walk (through which many become complacent).

Please continue posting as the Lord leads – we so need what He has given you to share!

Diana, How fortuitous it is I am reading this today. My time with the Lord ebbs and flows and last night the spigot was turned on again. Tonight as I was driving home and the election talk was going on the radio I wondered what it was I really needed and wanted to pray for. I’m very pro life… but I didn’t think where I was being led was to pray for any specific thing to happen. What I’m being led to pray for and desire is that the truth will not only come out to EVERYONE but that they would know finally what is truth and good and what is corrupt and evil. As much as one side or the other spouts back and forth, their side believes only what their own side tells them, regardless of accuracy and real truth.

In that drive home I realized I am praying for real truth uncovered and that all people will KNOW and be able to see evil for evil rather than evil masqueraded as good. Also praying for real justice to come. So as I read your article, it is a confirmation for me that I’m not necessarily praying for one outcome over another with the election but rather truth to be understood.

“The Rain is Upon Us”
https://www.youtube.com/watch?v=OUp8lXfxqms

When you said “petition”, it dovetailed with what I had been reading and meditating on this past week. Since 11/5, I have been reading Psalm 5, where the petition is made to God (v 1-2) and in the morning (v 3), against those who do wrong (v 4-6, 9), for God to declare them guilty (v 10), but those that take refuge in the Lord to rejoice and sing for joy and be surrounded with His favor as with a shield (v 11-12). I pray that both pieces come quickly: the wicked be judged and the righteous be blessed.

God keeps showing me hammers and hammer laptop over and over. Saw a commercial everyday at work that shows a printer printing a hammer logo on a laptop with lasers.

And something in this whole election fraud about a hammer laptop.

Through His judgements the nation’s learn righteousness.