You are here: Home » Church » Judgment » “Few will be ready for the magnitude of what is coming.” 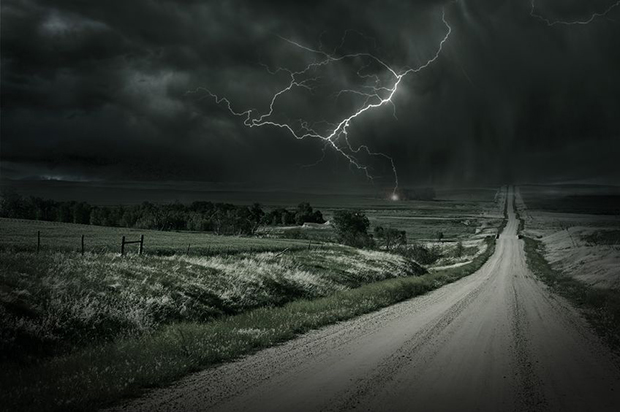 Around 4:30 am this morning, as I was praying and listening for anything that was on the Lord’s heart, He said this,

“I desire all men to repent, but many will not. Regardless of what I do, many will persist in wickedness. Therefore, I have no choice but to judge. My judgment will come swiftly when men are not expecting it. Few will be ready for the magnitude of what is coming.

Many will say, ‘Oh, it’s always been this way’, but NO! What I am going to do will be of a greater magnitude than before. And when I judge, you will know that I, the Lord God Almighty, am displeased with man’s actions, with man trying to usurp My authority!

I love man (all mankind). I love My creation, but I am a holy God and I demand respect. I will not tolerate this blatant hate and disrespect towards Me any longer. I love My creation, and I long for all to repent, but few will…few will. Repent NOW, while there is still time, so that I may have mercy on you.”

Then, later this morning, around 9:30 am, as I was driving, the Lord said this,

“The times of the Gentiles are drawing to a close; soon (it will be time for) all Israel shall be saved. Then, I shall come to set up My earthly kingdom, after all My enemies have been put under My feet and made My footstool.

Those liars, those usurpers, will be utterly defeated, but first there is the Great War – the Great War over all the Earth for the souls of mankind. The enemy is in an uproar. He is fighting, fighting, fighting for all the souls of man, for He hates Me and everything about Me. But He is already defeated! Have I not said it in My word?! Have I not already declared his defeat?! And so, he IS defeated, but he believes his own lies. When he tells others he will win, he believes his own lie! That is the danger of walking in lies and deception. Those who do, start believing their own lies!

What I have said is how it will REALLY take place! Do NOT believe the enemy’s lies! He is vain and has imaginations that are not real – they are lies! So, seek ME, seek My Word, seek to walk in the TRUTH, so you will NEVER be deceived. For I am able to keep those who seek My face and seek to walk in My ways, and I WILL keep them!

This word reminded me of this scripture:

While I was with them in the world, I kept them in Your name. Those whom You gave Me I have kept; and none of them is lost except the son of perdition, that the Scripture might be fulfilled. (John 17:12 NKJV)

I implore you, all of us should fall on our faces before the Living God of all the Universe and ask Him to forgive us and to have mercy on us and on this nation and all the earth as well. Like Daniel, we should repent often for ourselves and our people, and “rend our hearts and not our garments” (Joel).

God has been so patient with the United States of America and all nations around the world, but what the Lord has written WILL Happen, even as He has said it will. God has been patient, giving people everywhere time to repent, so let us REPENT WHILE THERE IS STILL TIME, and the Lord will have mercy on us!!

A few weeks ago the Lord gave me this scripture John 5:14 But afterward Jesus found him in the Temple and told him, ” Now you are well; so stop sinning, or something even worse may happen to you (NLT)”. The Lord told me to speak this scripture to all. I asked the Lord what He meant by this scripture and He said…they (people) need to get out of sin or the sin in them will get worse. I asked the Lord for further clarification in why people’s sins would get worse and He said…Gross darkness will cover the people and their sins will wax worse. We all need to search ourselves and get out of sin. Be Blessed!

I say this to add some recent insights I gained while praying ephesians prayers for a year trying to get health and revelation . I was first searching sites on health and stumbled onto Andrew Wommack teachings . He teaches the word. He teaches that when Jesus said it is finished on the cross, it meant the wrath of God, the judgement of God , the curses of the law were fulfilled when he took them to the cross. Everything in the word that was prior to the resurrection was completed when he rose from the dead. Then we have our part to go and sin no more or a worse thing shall come upon you . If you sin you give satan legal ground to go to court in heaven and get the right to afflict you and or the land you sin on ,as you have opened the legal ground for it. God is not the cause but the law of sowing and reaping comes into play if you don’t get this right . We can have things come illegally to attack us and we have the right to resist the devil with the word that does not return void but accomplishes all that it was sent to accomplish. Then we have the faith of God , as we resist doubt , fear, and unbelief that comes from satan trying to keep the manifestation of the kingdom from taking over the lies .The spirit realm is more real than the natural realm , and we have the authority to use all the power of heaven to control our lives and atmospheres. Does that mean we are perfect yet ? It’s a process of learning to apply the Kingdom to natural realm problems that helps us learn and grow… Read more »

As I read this, it made me think about an article I wrote on the government supporting abortion as a form of population control. It is an ugly sin that permeates the entire world. Here is a link to the article.
http://propheticdreams.home.blog/2019/09/17/abortion-as-population-control/

I could sense the fire and righteous anger in that write up, Kasey. The evil is real and ugly. I have always wondered why they just don’t promote morning after pills and tube tying instead of abortion but you shed light on why. It is about money, worshipping self and annoying God. The world is begging for God to judge it and at some point He will oblige.

Sonuva: “It was the beginning of the end for our nation when it turned its back on God”. “Unless the nation returns to its original foundation, the United States is doomed—for God will turn His back on it.”

Kasey, good article! Thank you for bringing this to light. I have read horror stories of other reasons for abortions, including fetal research and who knows what else. Between the killing of innocents, the depth of sexual deviancy, the gross deception among members of government and the utterly unreasonable hatred much of our society harbors, I don’t see how we can avoid the soon wrath of God on our nation and the world! May we all try to bring as many as possible under His wings of protection before it’s too late!

Jim: Our world is mired in deception, my brother Karl once told me that his mission in life was to go to Heaven and bring as many people with him as he could. That is our job here, that said the condition that society is in right now makes this a challenge indeed.

Wow, brilliant article Kasey. I wish you could post that everywhere so every human being would read it! You are so right!

Post it wherever you want. The more people who read it the better. I might check with James to see if he wants to post it on here for more coverage.

Kasey , I totally agree re population control…shocking & alarming re these poor babies. I had been looking up an article re the Georgia Guidstones : easy to find info on the same… Yes they want to keep the population to a certain no.

Reason being : keep the population to a certain no. As they the people will be easier to control. ( THEN THE ELITES REASONING NWO, IS NOT POLLUTING THE EARTH WITH THE USELESS EATERS AS THEY CALL THEM./ US. ) ANOTHER TERM /BUZZ WORD IS “EUGENICS.”

SUPPOSEDLY HELPING THE PLANET & “MOTHER NATURE “THE GODDESS GAIA. ) all tied in with THE BIG PUSH- GLOBAL AGENDA RE CLIMATE CHANGE & CONTROL & GEOENGINEEERING THE WEATHER. & BLAMING MANKIND FOR THE PROBLEMS.. ) There is a specific no.. Their intention re decreasing the population has outworking in many areas. The Pope & the Vatican are all in bed together with this push re mans fault : re Climate Change , & polluting the earth. Not looking after the planet etc. Problem, reaction, solution. I could write a big article re climate change & population control as there are many tentacles to it all. Hrs of research since 2011 I have done ….connecting all the dots together. & proof of their agendas. Nwo. Etc.

A young 16 girl : called Greta Thunberg has been a big front for them speaking up saying the Politicians / Nations better / need to wake up & do something.- her term was we Need to Panic. Meaning mankind.. She uses lots of terminology ..there are a few good videos re her & the Pope , she has met him in person & gained much notoriety. Especially over the last 2 yrs . Very pro- active.

I will copy these words for prayer and contemplation in the days ahead and share with others.
Thank you.
Bill

Currently studying Ezekiel. While reading through this I couldn’t help but think that the tribulation could be alot like the judgment described.