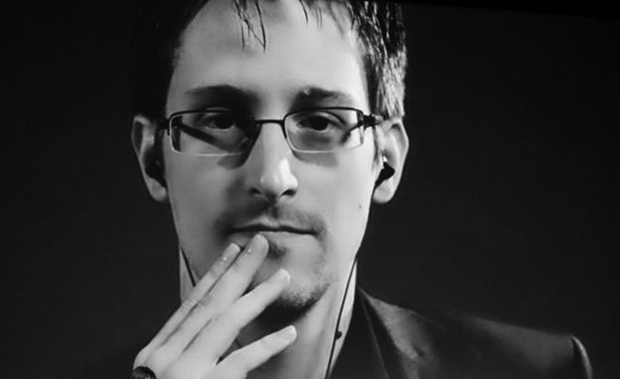 “Systems of mass surveillance strive to record all people, in all places, at all times. The question is no longer ‘Am I on the list?’ It is ‘What’s my rank on the list?’” (Source: rt.com)

Mass surveillance efforts increased significantly after our federal government orchestrated the attacks on 9/11, allowing them to deceive the American people into voluntarily surrendering our liberties, which allowed them to build fusion centers in every state and territory in the United States with the goal of fusing intelligence data from all agencies into one giant database. The fusion centers use advanced technology to track everyone within their area, including every email, text message and telephone call. Software programs allow them to search and analyze the data,

The spirit of antichrist controls our federal government and is already waging war against the American people through a massive misinformation campaign, which utilizes all forms of media, including the news media, movies, television programs, books, magazines, and even speeches and tweets from our government leaders. This spirit falsely claims to be seeking to improve our national security while actually seeking to secure their power and control over us.

This antichrist spirit is tightening its’ grip over our nation by quietly silencing all opposition and eliminating all dissenters, especially those who expose their schemes. Our rank on their list, as Edward Snowden warned, will be determined by how much of a threat we pose to their power and control over us.

The 26-minute video shown below is a great example of our federal government’s quiet war to eliminate dissenters. These were the final words shared by David Goldberg before he was found dead in his apartment earlier this year. At the time of this recording, a previous attempt to kill him by arsenic poisoning had failed but he shares his concerns that they were planning to return to finish the job. He reported seeing black SUV’s parked on the street in front of his home. He was apparently high on their list due to posting YouTube videos sharing information relayed to him by a friend working inside the White House.

Sad how many people scoff and mock people like Steve Quayle and Dave Hodges. They are just a couple examples of people who have been talking about this for years. I’ve been a huge WWII buff for a long time and have acquired a pretty thorough understanding of Joseph Goebbells social engineering tactics.There is far more to what the nazi agenda was really about. Russ Dizdar knows all about the end times satanic super soldiers and the ties to the nazi regime. They want to get rid of anyone who won’t go along with the new world order beast system.

Ivanka Trump will given a very powerful position? Once again James the first thing that came into my mind was the powerful women you saw in your dream. Something just keeps resonating with me about her ever since I heard that her and her husband are kabbalists. Ad the Talmudic noahide laws into the equation and now this video. Hmmm????

I remember feeling patriotic as a kid. Loved reading Capt America comics. In those days the President was like our hero. He represented us to the World. Turns out the real heroes are men like Snowden who risked and risk all to tell the truth so help them GOD!
I was told in the SPIRIT years ago that when we reach this point the only truth will be the better lie. So pick one out of all since not one are true you will have to decide for yourselves which lie you can live with the most. “In the end, the only truth will be the better lie”
So help us GOD!

Do you have more videos of him speaking? Is his channel still up? For some reason the page won’t allow me to see the whole video so I can’t see where to subscribe.

Britt, hit the title on top of the video and it should take you to the youtube page.

Here’s a link to the channel where David Goldberg’s friends have posted his videos: