You are here: Home » News » Jesuit Schemes by Nation » Canada » Quebec: Unvaxxed Must Be ‘Accompanied At All Times’ by Store Escort Upon Entering Walmart, Costco To Use Pharmacy

Quebec’s new insane vaccine passport scheme banning the unvaccinated from big-box stores like Walmart and Costco provides exceptions only for “groceries and pharmacies,” though you’ll apparently need to be escorted around by an employee to make certain you’re not buying anything else, at least for the pharmacies.

This CBC newsreader said the policy requires the unvaxxed to be followed around while buying groceries or medicines “to make sure they do not go and buy other products or other items that might be in the store.”

So, if you’re unvaccinated in Quebec and walk into big box store you will need to be accompanied by an employee who will make sure you’re not there to buy socks or a toaster oven.🤡😂👍🇨🇦 pic.twitter.com/zaxEmuFxSB

The CBC on their website seems to be saying the store escort is only for the pharmacies:

In a bid to persuade COVID-19 vaccine holdouts to get the jab, Quebec has expanded the vaccine mandate to include all businesses with surface areas of 1,500 square metres or more — with the exception of groceries and pharmacies.

For pharmacies located in big-box stores, such as Walmart or Costco, an unvaccinated person must be “accompanied at all times during his or her travels by an employee of the business, the pharmacy or any other person mandated by them for this purpose,” the decree reads. This person may not purchase products other than those related to the pharmaceutical service they are receiving.

The media is working to manufacture compliance with propaganda pieces like this:

“Some people are scared, some people are reluctant for other reasons, so sometimes they need a little push to get their vaccines,” Dr. Karl Weiss, Chief of Infectious Diseases at Jewish General Hospital, told the CBC, endorsing the scheme.

The leftists running Walmart, who endorsed the Black Lives Matter movement during the Floyd riots of 2020 and championed their stance against “discrimination,” are happily going along with the government’s plan to discriminate against the unvaxxed to “ensure a safe and efficient customer experience.”

Hi. As directed by the Government of Quebec, we will implement the vaccine passport at our stores in Quebec. We ask for our
customer’s patience and understanding as we continue to ensure a safe and efficient customer experience.

Daily covid cases in Canada appear to have peaked just over two weeks ago — after tons of fully vaccinated and boosted people caught symptomatic covid and spread it like wildfire to others — and have since been falling off a cliff. 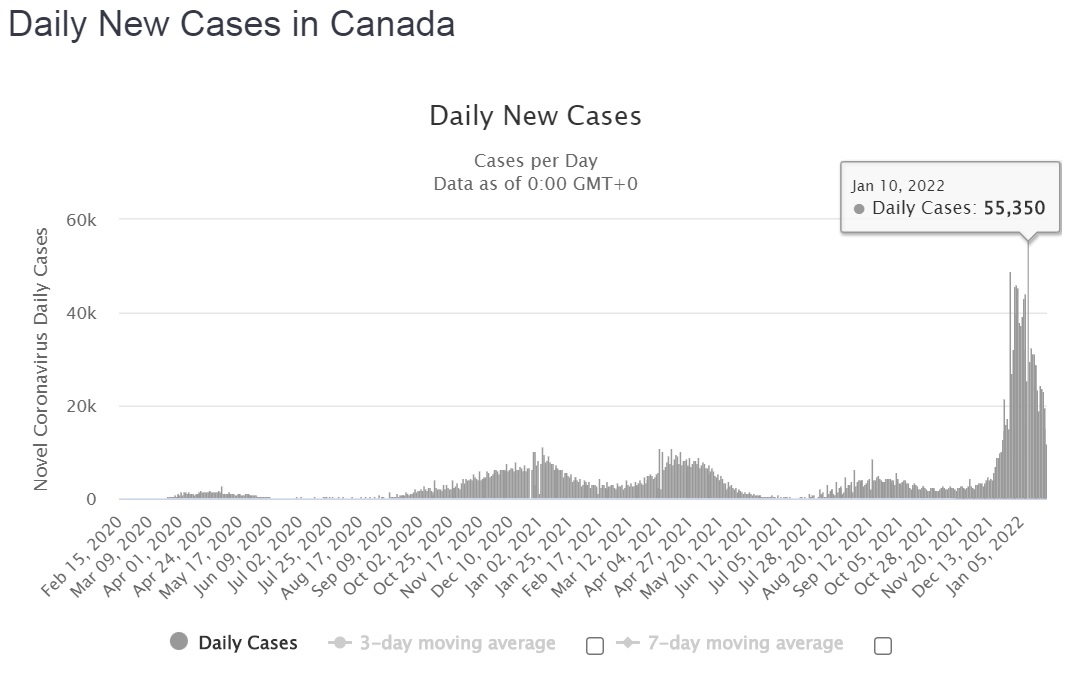 Daily deaths are nonetheless down as Omicron is basically just a relatively mild cold. 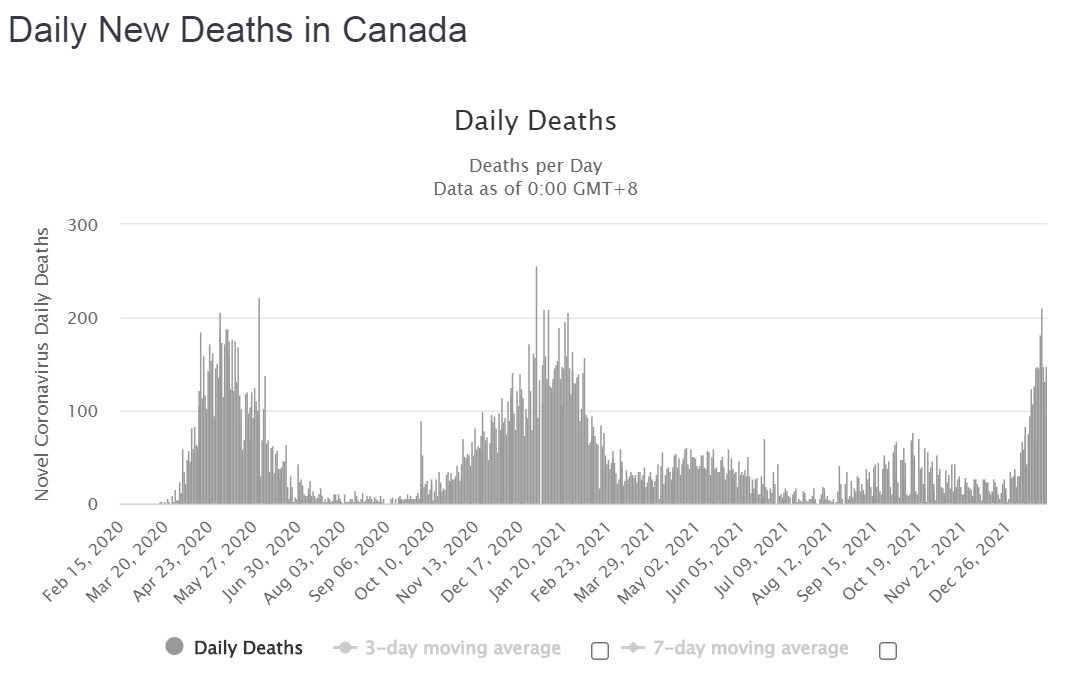 Nonetheless, the government is choosing to implement this control scheme now purely to punish purebloods for not obeying the regime’s dictates and make them suffer.

This is what they call “liberal democracy.”

This interview by Mark Taliano suggests that there is a deliberate process on the part of the Canadian government of undermining US – Canada commodity trade, even in the case when the truck drivers have all the required documents.

January 28, 2022 – “CANADIAN MEDIA TRY TO DOWNPLAY PUBLIC SUPPORT OF CONVOY FOR FREEDOM & GET CALLED OUT”

January 26, 2022 – “Canada 🇨🇦 has one of the biggest revolutions happening. Right now there’s 50,000 truckers and about 1.4 million people headed to the parliament in Ottawa. And they’re going to stay there until Justin Trudeau (Prime Minister) resigns, or they give back all freedoms and rights”

https://truth11.com/2022/01/26/canada-has-one-of-the-biggest-revolutions-happening-right-now-theres-50000-truckers-and-about-1-4-million-people-headed-to-the-parliament-in-ottawa-and-theyre-going-to-stay-there/
_____
Only if they knew life will NEVER be normal again.

Hi Sarah
You need to get a t-shirt with this slogan on it. ‘Normal isn’t coming back BUT Jesus is.

Hallelujah … what a day that’ll be, when Jesus face, we will see

January 26, 2022 – “Excellent update on the Canadian truckers’ convoy to Ottawa”

We’ve all been reading about the Canadian truckers’ convoy to Ottawa to protest mandates and other encroachments on our freedoms. Amish in St. Jacobs, ON on their way to the convoy. 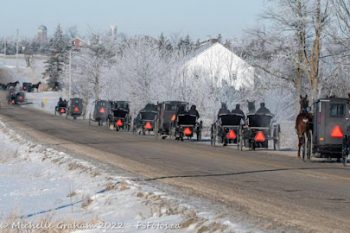 Ha ,a little push, hesitant ,Ha Nope! not me, I informed myself and researched at the begiinning of all this nonsense, I am an aldult, I can intelligently make my own decision
No shots Not Now Not ever and No mandates Freedom to the people
God is in control and my life is in his hands God Bless you brothers and sisters The joy of the Lord is your strength

I hope Trudeau, Macron and others like them end up being prosecuted and going to jail in the future, for their crimes against their own citizens. They are wicked.

Peggy, my whole family lives near Ottawa and we have prepared with foods, signs etc to cheer them on!!! Their route goes right past our homes. Lots of excitement building, finally some Canadians are waking up! Pretty cool some of the video coming out so far ….

January 28, 2022 – “JUSTIN TRUDEAU TEST POSITIVE FOR COWARD-19: NO DOUBT HE IS HIDING FROM THE TRUCKERS”

Good thing, at least the unvax’d can still buy groceries

By the looks of it here with the negative number count, people have been ‘brainwashed’ into taking these deadly, DNA nanotechnology Vaccines / microchip.

They’ve been pitting the vax’d against the unvax’d, lovely 😱

God will supply our needs !!!