You are here: Home » Prophecies » “All the pushing and pressing through is about to make sense.” 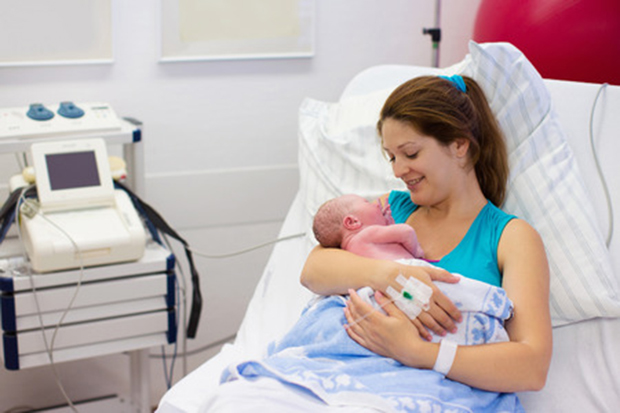 In the encounters that I have been having with Jesus in the garden in my dreams at night and in my times with the Lord, the Lord has been showing me more and more about what He is doing FROM the garden place of intimacy in this season.

There is a significant SHIFT taking place in the garden of intimacy with Jesus right now, and it is imperative that the people of God are doing everything to be positioned for the tidal wave of “MORE” and “INCREASE” that He is releasing.

THERE HAS BEEN A GREAT PUSH, NOW HERE COMES THE BIRTHING

The Lord showed me that there has been an intense season of “THE PUSH” for many and the “PUSHING” that has continued in 2018 has surprised many – that there is still the place of “PUSHING” taking place.

What many of you are carrying and birthing in this season is BIGGER than you realize. What the Lord has deposited in you, what He is beginning to release through you and what He is leading you into, is bigger than you have imagined, and He showed me that many haven’t even begun to “see” the magnitude of what He is doing.

He whispered to me this morning, “All the pushing and pressing through is about to make sense.”

He has been strengthening you, fortifying you and anchoring you in Jesus alone through the pushing. He has and is establishing you in the place of deeper intimacy and the place of “All for Jesus” and “In Jesus alone” before the birthing is completed, takes place. He is removing all things that will hinder you carrying what He is releasing as you partner with Him and invite Him to come and have His way in your heart, soul, character and life.

His fire in the pushing has been removing things that have taken the ‘affection’ of the heart, rather than Jesus. To move in what He is releasing, He is preparing and looking for an army who are founded, anchored and focused upon Jesus Christ alone. The affection of the heart towards Him, and the fire of His love in the “PUSHING” has been overtaking hearts, and other “affections” have been falling to the wayside. The first love encounters are happening all over again, and from the first love place, we move forward into the increase He is releasing.

NEW THINGS OPENING, NEW DOORS OPENING, NEW AVENUES BECOMING VISIBLE, INCREASE, FAVOR AND NEW PATHWAYS, BUT YOU MUST HAVE HIS HEART TO MOVE THROUGH

The Lord showed me that in the “birthing” that is now taking place in the garden with Jesus, many new things are opening up, new doors are swinging wide open, new avenues are becoming visible, increase, favor and new pathways – SIGNIFICANT BREAKTHROUGH is taking place in the garden (hence the enemy wanting to keep God’s people OUT of the garden) but He showed me clearly that in order to move into these new things, we MUST have His heart to move through them.

The Lord showed me that MUCH of the birthing taking place in the garden right now is RECEIVING HIS HEART. An impartation of His heart of revelation, vision, secrets and His direction for this new season.

I heard the Lord say, “Don’t move from the Garden until you have My heart”

All these amazing new things will open in great increase from now until the end of the year, but when I heard Him speak to not move from the Garden until you have His heart, it was the sense of a loving warning. That in order to know “WHAT” to move into, “HOW” to move into it, and how to “STEWARD” the journey in these “NEW PLACES” it cannot be done, WITHOUT the impartation of His heart.

The impartation of His heart and revelation that He is releasing is SO significant, SO weighty in this season, it is going to bring TREMENDOUS breakthrough and shift in MANY realms that He moves you into.

For the impartation of His heart, is going to lead many of you in unexpected directions, it will cause you to see things differently, it will see you beginning to intercede and carry the heart of Jesus for people and places you never imagined. The strategy and wisdom of heaven will lead you into places you knew were coming, but also the wisdom of God will surprise you in many ways in this season, by the places He may say no to, but the places He says “no” to, there is a greater door of “YES” and “INCREASE” before you.

DON’T RUSH FORWARD IN THE INCREASE

“Linger in the Garden, go LOW and go SLOW. Don’t rush forward in the increase.”

The Lord showed me the priority is to be lingering in the Garden of intimacy with Him. To “GO LOW” (surrender, yielded, asking for His wisdom and leading, living in humility) and to “GO SLOW” (not to rush into anything but take the time to hear and receive His heart.) I saw Jesus in His wisdom wanting to protect His people from “rushing into things” in this season that may not be where He is leading or running before Him.

For the incredible increase that is being released upon God’s people right now is SO significant, we are in a season of unprecedented harvest, harvest coming in EVERY direction, and acceleration, there is a temptation to “RUSH FORWARD”, but as we live deeply in the Garden, receiving His heart and hearing what He is saying, we are moving into more and more divine ‘set up’s’ and will see more and more ‘kairos’ moments take place in this season.

The perfect timing of God will be seen as we “GO LOW AND GO SLOW!!!!”

The birthing is taking place. Stay deep in the Garden with Jesus! He’s about to surprise you with the magnitude of what He has been doing in you, through you, leading you into and releasing to you!

We need your prayers family. After getting married at Christmas, we were living somewhere temporarily. God gave us a vision of a house and by His grace I found it the next day while walking around. We moved in and just got settled… to find out 2 days ago that they sold the building and are going to demolish it! They told us to get out by the end of the month! Please pray with us, we want to stay here! Nothing is impossible for those who believe and we believe!

So sorry to hear about your situation Rob. I pray Jesus’ peace and wisdom for you and your wife.

But why do they want to demolish? Are they looking for money?
And is the end of the month, Feb or March?

Thanks Stu. Different owner who also owns the adjacent blocks so I think he has plans for a huge development. It is sad that the building we are in is brand new and only just finished. But that is property development for you! I’m sure it all looks good on paper otherwise they wouldn’t have signed.

I don’t think Lana does monitors this site. To those of us Z3ers who do, I would like to thank Lana on behalf of all of us, His body, His Bride (to be but we know that we know we are Already His Wife 😍because when He proposed and we accepted , He does not ever turn back from His promise-we are the only one who walks away from Him and turns back to serve an-other god) thank you, Lana and I pray that a shield of light with angels encamp around you and keep you in peace. That the flood of His Spirit pour upon you this day and flow over you even as the oil flowed down (unto) Aaron’s beard!!!
Thank you, Father, for your servants and ministers of the gospel of peace, for theirs are (the) beautiful feet.
Lana’s words and prophetic ministry have been just what the Set-Apart Spirit is ministering to me. And this is (also) exactly what I needed to hear this day!

Thank you Lana.
I pray this vision will come to pass soon for many of us who have been waiting almost a lifetime. God bless!

Amen! This totally resonates with me. I fixed my eyes on you Lord Jesus! Nothing else matters!

Such a precious word Lana! Thank you.
Long ago, I so desired to have a husband- it was the dream I wanted most to come true. A man came into my life that I thought was the long awaited one and this is the vision God gave me that let me know His plan was not mine: I was giving birth and the baby’s head was stuck. People around me were shouting “Push, push” and I wasn’t happy about it, even angry. The Lord told me that the baby I was giving birth to was a “New Me”! What labor pains we go through before the Head (our Lord) is UNSTUCK and in His rightful place.

Thanks very much Mrs Lana for you are great tool of the Lord. Precise and constructive words. Thanks for Great Healing of Souls. AMEN!!!