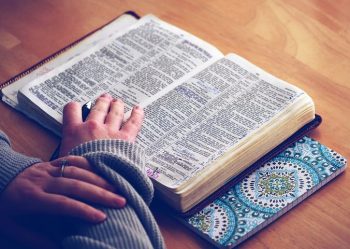 This will be ”old news” to some but it was one of the most shocking discoveries I made besides the population & GDP Predictions for the U.S. & other Western Nations by 2025 on Deagel.com once God yanked me out of the false reality I had lived in for 44 1/2 years. This information helped me understand that our nation’s leaders (the U.S.) had “sold out” its people & I found it very alarming. My “American values” which included many items on the list, now resulted in me being characterized as an “extremist” or “terrorist”. ?. All these changes occurred shortly after Obama became the U.S. President. He promised to “fundamentally transform the U.S.” and he surpassed that goal as many of us know. He deconstructed critical parts of our nation’s systems and brought in a lawlessness that I had not seen in my lifetime to the highest office of the nation. ?

Please understand that Law Enforcement Agencies, the military & Department of Homeland Security personnel have been trained using these manuals. As the Tribulation approaches, expect to see increasing “news stories” demonizing Americans exhibiting these 72 attributes/characteristics/behaviors. The goal is to make the masses in the U.S. see anyone who exhibits these attributes/characteristics/behaviors as the enemy and that includes us as Christians. ?. We know from God’s Word that this will occur but I want to bring this proof forward for anyone that has not seen it.

“72 Types Of Americans That Are Considered “Potential Terrorists” In Official Government Documents – You can now be considered a “potential terrorist” just because of your religious or political beliefs” – Original Article By Klark Jouss, October 8, 2020

“Are you a conservative, a libertarian, a Christian or a gun owner? Are you opposed to abortion, globalism, Communism, illegal immigration, the United Nations or the New World Order? Do you believe in conspiracy theories, do you believe that we are living in the ‘end times’?

If you answered yes to any of those questions, you are a ‘potential terrorist’ according to official U.S. government documents.

And if you are a ‘terrorist’, that means that you have no rights and the government can treat you just like it treats the terrorists that were being held at Guantanamo Bay. So if you belong to a group of people that is now being referred to as ‘potential terrorists’, please don’t take it as a joke. The first step to persecuting any group of people is to demonize them. And right now large groups of peaceful, law-abiding citizens are being ruthlessly demonized.

[I encourage you to click the blue “Original Article” hyperlink to click through each of the 72 attributes/characteristics/behavior to see which U.S. Government document it is linked to.]

The groups of people in the list above are considered ‘problems’ that need to be dealt with. In some of the documents referenced above, members of the military are specifically warned not to have anything to do with such groups.

We are moving into a very dangerous time in American history. You can now be considered a ‘potential terrorist’ just because of your religious or political beliefs. Free speech is becoming a thing of the past, and we are rapidly becoming an Orwellian society that is the exact opposite of what our founding fathers intended.”

The U.S. Government documents include:

Study of Terrorism and Responses to it (START)

In the coming months, watch for increasing news articles like this one, “13 Charged In Foiled Militia Plot To Kidnap Michigan Governor”. Note the emphasis on the following characteristics:

– militia (own weapons)
– “Wolverine Watchmen” (Watchmen brings to mind religion & end times prophecy)
– “right wing”
– possessing firearms
– kidnapping a “Democratic” Governor. (Implying Republican/right wing)
– the militia “agreed to unite others in their cause and take violent action against multiple state governments that they believe are violating the U.S. Constitution” (implying individuals that support the U.S. Constitution as the governing document for the U.S.)
– “The group talked about creating a society that followed the U.S. Bill of Rights and where they could be self-sufficient”. (Implying Constitutionalist)
– “Members periodically meet in remote areas of the state for firearms training and tactical drills“. (own firearms, preparing for chaos etc.)

I expect to see many, many more news articles & likely a false flag terrorist attack linked to the “dangerous groups” of people that possess the attributes/characteristics and/or behaviors outlined above. Coincidence? No. All planned to get the masses turning against people possessing the attributes/characteristics/behaviors that the Globalist leaders of the Antichrist/Beast System do not want people to possess as these are the individuals that will provide the GREATEST RESISTANCE to the coming Beast System.

Never forget, these Globalists play the long game. They are putting pieces in place for the future DECADES in advance. People in the U.S. will falsely believe that these documents and this list had no impact but stop & consider that for 11 YEARS, this information has been repeated over & over & over. All while younger people, indoctrinated in the values & beliefs of the new Antichrist/Global Governance System have been taught to the younger generations from Kindergarten through University age. There is the saying, “If you hear something enough, it becomes true”.

For those that want to demonize guns or say Christians should not possess guns, guns do not kill just like knives do not kill. People kill. I would encourage anyone thinking that the removal of guns results in “peace & safety” to review the study showing that EVERY MAJOR DEMOCIDE in the 20th century occurred immediately after guns were confiscated!

We need to be aware & alert of the impending dangers we will face for our attributes & beliefs. Pray for God’s protection daily over you & your loved ones while you walk boldly in your faith!

Blessed are they which are persecuted for righteousness’ sake:
for theirs is the kingdom of heaven.
Matthew 5:10 | KJV

Yea, and all that will live godly in Christ Jesus shall suffer persecution.
2 Timothy 3:12 | KJV

Blessed are ye, when men shall hate you, and when they shall separate you from their company, and shall reproach you, and cast out your name as evil, for the Son of man’s sake.
Luke 6:22 | KJV

My times are in thy hand:
deliver me from the hand of mine enemies,
and from them that persecute me.
Psalm 31:15 | KJV

Wow! They are truly training the US military to be Satan’s army! Scary stuff!

Prior to the events of the past year, this would be hard to believe, but it will indeed be the US military who will be distributing and enforcing the Mark of the Beast in America. Anyone who resists will be branded a religious extremist / terrorist and taken to the very FEMA camps they claim is only our “conspiracy theory”!

A quick word of encouragement to all those fearing the confiscation. When i sought the LORD on this i asked LORD how will we fight without any guns and HE replied you dont guns
You are one in my hand!

Ex Pat Gal. .a friend sent me a video link: We are Change Talk Show- Host & lady by name of Karen Brewer has researched much on Freemasonary connections to order of De Molay. plus generations of connections & families ,schools attended.. connections high up to politicians etc.so much in the video.. so much re what we are witnessing now in many countries.. and here where we live.. situation etc.. also talks re banks & money cashless system @ the 1 hr mark..
? whether you would be interested to listen to the video. .have not sent the link it is 1 hr.04min.

Boy! Expat Gal- what a List .Gobsmacking to say the very least-

The paragraph re the 13 Charged in Foiled Militia Plot to Kidnap Michigan Governor:
heard this news today.. 13 interesting number for the global elite.& occult. etc..

Thank you for your diligence in reporting all this to all the Z3 folk – True .Believers.