You are here: Home » Trading » Crypto Currencies » Prophetic Word on Cryptocurrency XRP Price – What the Lord showed and confirmed with another person
Share this post: 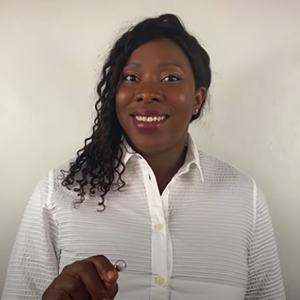 In the 34-minute video shown below, I share a series of prophetic words on Ripple XRP cryptocurrency price movement. This includes prophetic dreams and revelations that not only I myself received but another believer of Jesus Christ received as well. I share these accounts with you so that you will know that they are of the Lord and you can go and follow up with some time in prayer and research to get your own (very needed) confirmation, as I believe this is an important message.

Now Daily Bread is a YouTube channel in which this lady from the UK shares prophetic insights and revelations the Lord has put in her heart to share concerning the issues we as a generation are facing. Her insights often include future price movements in crypto currencies. She also shares lessons she has learned from the Bible.

[The following is quoted from the video]

I just finished praying, which was a couple of months back, and I was about falling asleep, that’s between that period where you are just about sleeping you’re a little bit awake and I heard the words “XRP is going to hit $3,000“.

In addition to that God has also followed suit with a couple of other words to me concerning XRP, one of them being on this day I had this dream:

September 25, 2021 Dream:
I was standing in front of what seems to be like an old abandoned gym and at the far right end of my field of vision I saw a boxing ring with two boxers inside and a couple of spectators. Were actually fighting. [He says this very fast and I’m left wondering who was fighting, the boxers or spectators? His interpretation of the dream suggests it was the boxers]. Then I saw the popular celebrity Sylvester Stallone, the popularly known Rambo. He walked past by and he went in. He went towards the gym. He opened the gym and we went in together. We had a couple of discussions about different subjects. I can’t really tell exactly what it was, and did a couple of activities. I can’t really tell exactly, but what marked me was that when I was about to exit three things smacked me. First of all I heard “XRP is going to have the last move“.  Secondly, I saw the symbol of XRP, which is the like the X. [Thirdly,] when I saw that logo I heard “XRP the Rocky Balboa“. EOD.

So, when I woke up I typed in what I had just seen “XRP the Rocky Balboa” and amazingly I stumbled upon an article which had the same title. This article I stumbled upon was quite in line with what I had just seen because the content was quite in line with Rocky Balboa that’s the storyline of the trilogy which was always the fact that Sylvester Stallone in the movie as Rocky Balboa will always come in as an underdog but at the end of the day he always had the last move and that is what kept giving him the victory in all the various parts of the trilogy. [He says this applies to SEC lawsuit].

The two people fighting in the ring were actually Ripple and the SEC. At the end of the day Ripple is going to have that last move.

Thanks Carl. This is very helpful.

J Song had 2 dreams the same night. I’m including the market/crypto crash dream because I believe it’s context for the XRP dream.

YouTube Generated Transcript (with a little bit of cleanup):

Dream #1:
I was on the ocean and there I was standing on like a platform and I felt like there was maybe like a yacht behind me it was some kind of big boat of some kind very luxurious and white and there was like a platform that looked like a helicopter landing pad. It was kind of floating off to the side or attached to the boat. It was really solid and I know it wasn’t moving but as I was looking at the ocean there was a crash of a plane. I didn’t see the crash. I just saw the wreckage and you could see it and if I knew what it was, what to ask you what happened, you’d say oh there was a crash. It was something you know, plane crash, but it was a crash and there were so many people swimming in the water. They were wearing suits. There were women that were wearing like dress suits. Men wearing dress suits. And they were all swimming and every one of them was clinging to a luggage that they had. They had like one of those hard shell cases that you would have for a luggage and they had them, and they were all you know, floating them, and they were all trying to swim and grab on and put their luggages where I was standing. All of them were coming towards where I was standing and they were throwing their luggage near me and I heard a word that said “They’re throwing their lot with you.” And they were all just trying to grab it. Some of them were swimming towards the luggage and looking around to salvage what they had left from the crash. And that’s exactly how I said it was – how they looked. They were trying to salvage what they had left. I was wondering why didn’t they all swim into safety? Well, it had more to do with the crash than it had to do with them drowning. It wasn’t about them so much drowning but as to salvage what they had left from this crash. And they were going through different parts of the plane. They were swimming here and there. Some of them were just panicking. Some of them had nothing left. Some of them were just grabbing what little they had, and taking that little and throwing it where I was at. They were just grabbing luggages and some of them were even grabbing other people’s luggages and trying to help them throw all their luggage. It wasn’t, you know, again, so much them trying to stand on where I was standing but rather than throwing their lot with where I where I was. And this is something I was really perplexed by, and I was like oh Wow! I woke up and I almost immediately knew what it was. I knew that the crash of the plane was talking about some kind of economic crash and that they were trying to save whatever they had left financially from this thing that happened and they were bringing it. They were just trying to join or throw whatever they had in the same direction of what I had. And I was at peace. I was 100% at peace. I was watching everything that happened. I was like Wow, look at this crash! And I was just standing, overlooking everyone, and I just 100 at peace, and I had all of my stuff, was already on the boat. And that was the dream.

// Carl: One week ago GodzScrtAgnt on the Youtube video comments asked J Song “Do you think the great crash was crypto and/or stock market (equities)?” J Song answered “Cypto and stock”.

J Song’s Notes:
I was like Oh my gosh! It felt so real. It felt like I was there in the morning and it was about 4 a.m. which is when I wake up normally anyway most mornings. But this morning it felt like I was, it was really a morning while I woke up and then it just happened and it was overnight I just received this great blessing more than I can take. More than I can contain and you know I believe it. The Scripture says that I will pour out to you such a blessing, pressed down, shaken together, your cup runneth over. And when the cup runs over it’s more than you can receive. I’m really glad to share this. I just feel like I wanted to share the dream because I’m not the only person that’s having these dreams about what’s coming with XRP.

//Carl: Some thoughts about a few of the dream symbols.
For Dream #2:
— Seems like the XRP part of the wealth transfer is going to take place in one day, like overnight. J Song felt the dream was so real and that it was like he woke up and it happened.
— Just before sunrise, like the “dawning of a new day”.
— Garage door opens and WHITE transport truck is there.
— Transport truck letters United Rentals or something about Rentals.
— Truck is HUGE and touches the neighbors = This gift is to touch the world and expand the Kingdom of God.
–The driver = an angel under the command of the Minister of Finance of Heaven?
–J Song needed to sign the packing slip = There must be an agreement with Heaven’s agenda.
–“Because you deserve it…Holder of XRP” and other words. J Song said it wasn’t just about XRP, but there were some other things that were involved too. The wealth transfer is for those who will live their lives for the purpose of Jesus getting His inheritance (Shawn Bolz’s book ‘Keys To Heaven’s Ecomony’ – Johnny Enlow says that book is for NOW).
–Warehouse, to get a firefighter wrench and hoses, needed to unload the gift from trailer. Lots of water/anointing of the Holy Spirit is needed.
–The Transport Driver was very keen to ask the meaning of the Rose of Sharon, and this was BEFORE he unloaded the truck. Are the finance angels looking to see if we understand this key?

God Bless You All. This morning I had a dream about XRP, I saw a chart and the chart was going up steadily (I didn’t see any downside) then I woke up. Seems that XRP will be moving up (I bought XRP today for the time) please seek the Lord for any move you want to make. Bless you all

Thank you David! I’m about half way into it now.

Quote from J Song:
$4,000 XRP…the prophetic words that I received from a very renowned prophet in private okay that was one of the words that was shared with me.