You are here: Home » Babylon » False Prophet » Prophetic Warning: The Mark of the False Church is Coming 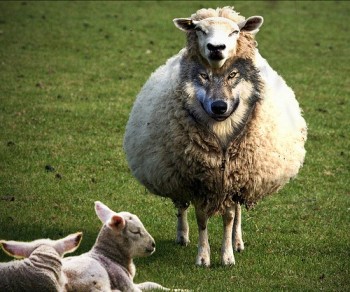 Although I have never heard of it before and have no scriptures to prove it is coming, I find the warning interesting and believable. In the following message posted on 17 April 2013, a ministry called Maria Divine Mercies (MDM) warned members of the Catholic Church to beware the coming mark of the false church.

My Heart heaves as I have to endure the wretchedness and the suffering which the whole of humanity will have to endure. It is not my hand which will cause this but the curse of Satan, as his spirit roams and devours souls along his path. So unsuspecting are they to this influence of evil that people blame everything else for their suffering. They place the blame of their hardship upon others and fail to understand that it is the lack of belief in God that creates such havoc in their lives.

As the spirit of the evil one grips humanity, the light of God will clash with it in ways which will be evidenced by a number of things. Storms will increase and upheavals will be felt in so many countries. Unrest will be seen in nations as the power of governments takes away the freedom of the people over whom they govern.

Then, the Churches, including all those who love God, the one triune God, will begin to withdraw their services and close their doors. The number of Churches which will close down, will be seen, in all western countries.

Soon the mark of communism will be seen by a special sign which will appear in Churches which remain open; in the media; on items of clothing; in movies and this sign will be proudly worn by those in high places. It will be seen as a badge of honor and flaunted by members of the hierarchies in all main Churches and religious denominations. You will see this symbol in public places; on altars; in airports and on the garments worn by leaders in the Churches. This sign, not to be confused with the mark of the beast, will be to symbolize the new one world religion.

Those responsible for it will no longer be fearful of displaying their sign, which is a symbol for control and allegiance to the beast. The day the daily sacrifice of the Masses are stopped, in the format which they must be offered in my holy name, will be the day when this symbol appears on the altars and before all the tabernacles in the world.

Pray, My beloved followers, that you will find solace in those sacred servants of mine who remain loyal to me, for you will need comfort during these trials. I will always lift you and carry you. I will never desert you, but you must never deviate from My Teachings, or accept pagan practices as a substitute for the truth.

For anyone interested in watching the rise of the false church, we can be watching for the appearance of this mark. If this word is correct, it should not be hard to find.

http://youtu.be/cV72xPlA11c
Here is an interesting video of the UN proceedings at the Nuclear Summit at The Hague in March, 2014. Many of the participants are wearing an intriguing badge. Could this be the sign of the NWO and/or the One World Religion?

The mark of the false church is female leadership, witchcraft (domination, manipulation and control), and people who appoint themselves. God is interested in turning the hearts of the fathers to the children and the children to the fathers, “the fathers to the children shall make known thy truth”: proper authority, out from under the feminist thumb because upside down order (misplaced authority/ walking in illegitimate authority) brings God’s curse. A person doesn’t need physical children to be a father, The Apostles had many saved, (spiritual) children.
The Psalms show the way:
Set your eyes on the kingdom (don’t despise the promised land)
Believe His Word.
Don’t murmer.
Wait for His counsel.
Hearken to His voice.