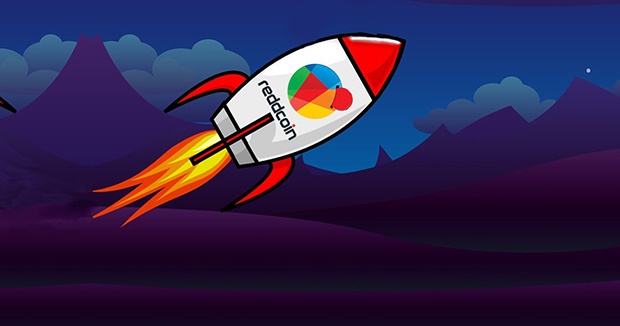 Yesterday, I read through my notes that I’ve saved regarding prophetic insights for Reddcoin, which is a crypto currency. I was concerned because some of the price targets are far below the current price while others are high above, so I wondered which comes first.

Then today I had a dream in which I was watching a game show with a hispanic couple playing as guests. They soon got into a heated argument with the host, but during all that, I saw Reddcoin quickly rise up to 0.9 cents. The move seemed to start from about where it is now, 0.23 cents, so it was a big increase, more than tripling in value.

The heated debate in the game show might be showing the market heating up or perhaps some price volatility as a sign to watch for indicating the price is about to start moving up. I think the other dreams were just confirming the first dream since those prices would be reached along the way.

I did not see what happened after it reached 0.9 cents so I don’t know if that’s the top or just the start of a larger move. On May 1, Christopher Harris posted, “I had a dream where I saw a chart with RDD moving up to $0.0199 (1.99 cents) and then it started to drop back down.” So maybe what I saw was part of that same move. In any case, my conclusion is to hold my position and wait for at least 0.9 cents.

Like so many other prophetic insights, my dream only gives a glimpse of what’s ahead with lots of important details missing. For example, I did not see any timing or what happens between now and then, so this is not a recommendation for investing. I’m only sharing it because I believe God will give more insights to anyone who asks Him in faith expecting to receive an answer, as long as we meet the requirements Jesus identified when He said, “If you abide in Me, and My words abide in you, you will ask what you desire, and it shall be done for you.” (John 15:7 NKJV)

Is there an article(s), videos or other information available that teaches about Crypto Currencies? I have no knowledge base and would like to learn about this seemingly enigmatic area of investment. Thank you.

Interesting 🤔 I was wondering if the Hispanic couple arguing with the game show host was showing that Redd would be used for Latin American nations and that the game show part was that Redd coin will be used in part for gaming. The argument could imply that there is a problem with the coin be used smoothly and suitably for the gaming use case and some friction between suppliers and markets. This dream I believe shows the catalyst for Redd moving higher if it captures the Latino market and gaming, beyond the current scope and use case of social tipping. So the beginning of a Redd use case and move up. Wonderful news James! Thank you 😊

What an interpretation! Maria💕 I almost forgot my RDD. So Reddcoin would be a global project specialized in game and socializing network. Interesting

As someone who is into gaming. I know that many gamers use various platforms, including “twitch”, “youtube”, and other platforms to stream their content to others; think subscribers as we find on youtube. My point is, twitch and other platforms have built-in mechanisms where “subs” (short for subscribers) can tip their favorite channels or influencers regarding video game walkthroughs. I’ve met quite a few people, who are into watching others playing video games, and the people that follow some of them are in the hundreds or thousands. Won’t it be a great way to expand the Kingdom of God, to use platforms like twitch/youtube in the same way? Tipping/receiving using Reddcoin along the way. God bless everyone! I hope each of you is enjoying your Sabbath!

For anyone new, here’s prophetic prices complied by Marcio. https://z3news.com/w/rdd-btc-prophetic-numbers/

My first thought when you mentioned the Hispanic couple getting into a heated argument with the game show host was that the timing of this will occur when Mexico or other Hispanic nations get into an argument with Trump – a former game show host. I believe Trump is coming back shortly. Shalom

Trump aint coming back . At best he was a door stopper. Now the door wide open. Just wait two more weeks trust the plan Q garbage……….rant over. sorry but get real Trumps no savior

Brothers in the Army of Christ should never belittle and tear each other down. The enemy is already good enough at that. Don’t trash me and throw me under the bus with straw man narratives. I have despised Q since day 1. You would have to be a retard to think a man is a savior. If you’re going to lash out please use concrete arguments and stay away from false straw men.

Yes, Indeed, very concerning, aren’t we here believing in Trump return, God have been speaking about it so it must take place.

On reading James Bailey, Jeff Byerly and Elizabeth Marie comments
I am pretty sure ALL have given out warnings about President Trump. Yes he may return but that does not mean he is a man of God or will act in the long term interests of Americans. Don’t forget he was instrumental is fast tracking these poisonous Covid injections,
So please be very careful and wise on how you assess this man. I have serious reservations and YES I am definitely appalled by Biden and Obama.

How about we all stop with our judgments and personal assessments of President Trump. The truth of the matter is, God removes Kings and sets up Kings (Daniel 2:21). We all have our personal opinions of 45 but we have no idea what God has done, is doing, or will do in the man’s heart. He has been in council lately with many God fearing spiritual leaders and the reports have been that he has been very prayerful and receptive to God and His plan for him. This is not a political battle people, it’s a spiritual one that has consequences in the earthly governmental realm. If 45 is God’s chosen, then we need to be all the more praying for him, not judging him. The wisdom we need is in spiritual discernment, not in whether we approve or disapprove of this man.

I think I will say very little on this matter but given we are all brothers and sisters in Christ, probably worth just asking a few questions or raising a few points. On Vaccines and Trump, I think everyone has a couple of raised eyebrows. One thing to bare in mind though is the people he has around him. Never before have I seen one man have so many enemies, especially ones pretending to be friends and so close only to deliver a knife at the opportune time. He fired tones of people in the past for bad counsel, doesn’t surprise me if many are still there.

(1) Bible says you will know them by their fruits. I can’t remember when I heard a world leader say “God is the Boss”. Note, media spun this to say he said only Jesus is more famous than him. See it for yourselves:

(2) He stands for many Christian values. If people look at his policies and ignore mainstream media, it is difficult to argue. Look at Christmas addresses, state of the union speeches, it is littered with references to God. Think of abortion, treatment of Israel etc.

(3) Matthew 12:29 – the strong man/a kingdom divided cannot stand. The knives I have seen out for Trump as an independent observer say it all. 95% negative news coverage, 95% positive for Obama. Everyone really needs to ask, why is it they went out their way to destroy the man so much if he was one of them.

That being said, no one should follow after man, follow after God instead. But we also need discernment to know who is for us and against which is why I flag the above. It also bares noting that some of the crypto words we hear from children/men and women of God, from those very same mouths we hear quite positive things about Trump. Either these people are of God or they are not? Can we take one word as true and ignore the others? Something to think about, let’s not destroy or kill our helpers.

Just Another Brother
Reply to  Undisclosed

Wise words.
Thank you both.

If a corporation needs help because it is too far in the red,whom better for the job than an experienced business man that has filed bankruptcy in his past? U.S. inc.

it’s because one person can hit thumbs up or down infinitely. it’s from one person

Trump will be back thanks to God and all the haters will be fuming for 12 or 16 more years of Trump Jesus said. They have eyes but Do not see ! They have ears But Do Not listen !🙏😎👍🏼

Thank you for sharing James. Blessings