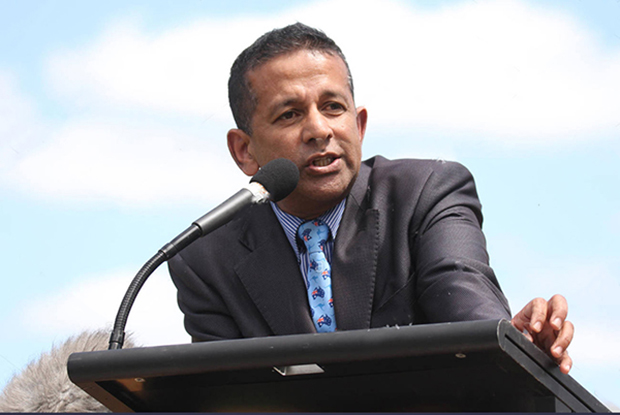 This Saturday marks the 20th anniversary of the false flag attacks orchestrated by the United States federal government that destroyed the World Trade Towers in New York City and partially destroyed the Pentagon in Washington DC. Islamic terrorists were blamed as the cover story for justifying endless wars and increased government control through new laws like the Patriot Act, which have taken away our freedoms.

Pastor Daniel Nalliah from Reformation Harvest Fire Ministries in Victoria, Australia, received a dream two days ago, on September 6, warning of terrorist attacks in the United States and other western countries on September 11. He sent the following brief summary:

“This message is Top urgent. I had a dream last night that Islamic terrorist hijacked trains in the US and other Western countries To Mark September 11th. Causing high speed crashes. Church needs to pray against this ASAP. The plans of the enemy are canceled. Blessings Ps Daniel/ Australia”

I have not personally received any warnings about this but I believe Pastor Daniel hears from God. In 2020, he shared a dream in which he was warned about chaos coming to the streets of the United States and that happened, so I think this warning should be taken seriously. As he stated, we need to pray against this scheme. Hopefully it can be avoided.

Tonight after 10 pm another alert : Vision given to Chris Reed- warning re explosion in N.YORK.

the above link was sent to me by another Christian believer and was sent to others o’seas as well.

Tonight I was reminded re short videos re the Plane taking off from Kabul airport;

Such a Picture.. what caught my attention is the no 1109 on the plane in plain sight.

Reading especially the comments of people & what they noticed with the Plane ..windows etc. engines. people Afghans running- smiles on their faces.. hmm

also noticed there is a live stream of 9/11 Remembrance service @ Joint Base Andrews.

I feel an attack coming on the white house or biden. I have been feeling it lately. But last night I had a dream where I was walking into a white house. It was very modern and clean. The next scene was lady gaga on the TV. Dream ended. I had another dream where I was in a conference room and an old coworker came up to a podium and retired. His replacement a a woman who was not nice. However, when she was at the podium I joined around the room and people were praising Jesus. Dream ended. The man in my dream has been deceased for years in reality. My thought on the worship might be the harvest when this woman will be the replacement. Pretty sure kamala will be the one. Anyways thought I would share.

I can’t say if its at all related, but because of the mention of trains I thought I’d share a some what recent dream:

Night of August 7 2020
This dream seemed to continue on and on most of the night. I remember knowing/hearing or something similar that China was going to do something they had successfully done in the past. They were riding a train and it had to do with conquering or battle of some sort. I saw the train various times and the track and it was quickly riding down the track where I was. I’m not certain of an exact location, but USA. It kept waking me with the thought of something successful from the past to happen again. At one point I was also on a train, a different train, and I saw where the tracks came together. I knew we had to beat the China train to the point they came together to get in front of their train or we were done for. In another scene I was on top of a train car on their train and a Chinese man came up out of the train and had a gun and fired shots at me quickly. I do not think I was hit, but it frightened me. I did not sleep well all night.

Hello James This is the original link to Pastor Daniel Nalliah’s Recent Dream .Wednesday afternoon I felt led to go to the Reformation Harvest Fire website ,as I often read any updates and I too found the original:

here is the short link and Pastors description.

I was concerned also ,so based on what is described I sent the link also to a minister in the USA in Idaho to read & discern ,pray about etc.

Noting here is Aust. we had a 2014 attack @ a local police station 20 mins from location where we live and there were planned further attacks in the city where we live back in 2018. News yesterday mention 3 men in Nov 2018 found planning the same, have now been sentenced to 10 yrs just recently. (photos of them etc)

Thanks Anne. We are truly in a world war.

It is good to be aware that we are just entering in to a shemita year – just like 2001 and 2008 where the stock market crashed and there was a terrorist attack on 9/11/01. I believe we are under judgement which turns a shemita year from being a year of sabbath rest to a release of something more negative like a stock market drop.

This article is urgent and amazing, JB. If his dream is true, the stock market will crash as it did 20 years ago. Cryto will be catastrophic. That is unthinkable and unstoppable. The planes are changed to trains. GOD FORBIDDEN. We pray for peace ✌ BTC started crashing since 5th Sep as you predicted. Amazing!

There are lots of unknowns about this warning, such as the magnitude of the events or whether any attacks will succeed. My hope is our prayers for protection can prevent it altogether. I think the prophetic stuff for BTC shows some more downside, but then comes a big move up which would does not seem to fit the scenario of another 9/11 event. We’ll find out soon.