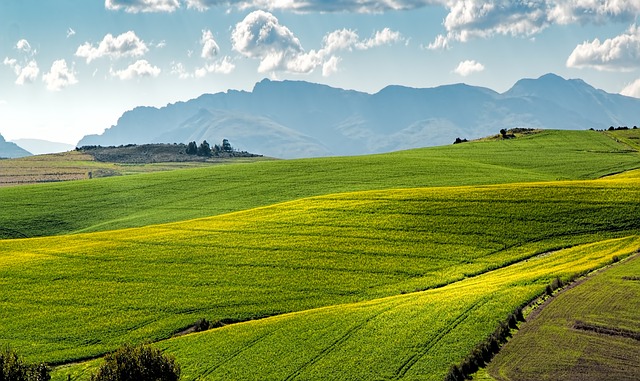 I received an email from Z3er Jessica H. sharing a dream her husband received on October 26, 2022. He wrote what he saw as shown below.

This dream was given to me last night, October 26, 2022. I woke up in the morning and knew I needed to type it all out so I would not forget a single detail. I knew I had a responsibility to share this dream with whoever is willing to listen.

In the dream, I was living with my family up on a high sloping hill. I knew the place. It was near George, WA, probably 3 hours from where we actually live currently. In that area there are virtually no trees. It consists of large sloping hills rolling as far as the eye can see. They are almost all completely filled with crops from large commercial farming or wind farms made up of massive wind turbines that catch the wind coming across the tops of the hills.

In the dream, I was living on an extremely large farm that had no wind mills and only very small crops. I was standing in the farm house near a wall full of large windows as I looked out across these massive fields. Suddenly a large rumbling started in the distance. I turned my head to my left and saw multiple people from my family standing there. They were also looking out the window and listening to this unexpected noise. The sounds started low but quickly began to grow in intensity until it was so strong that it rattled the house.

My family members all looked at me without saying a word. We all knew something was wrong. The rumbling grew in strength and I could tell that it was something large and it was moving at great speed. We stood there watching out the windows in dreadful anticipation of what was coming.

I then noticed dust rising from the fields far to the right as I started to decipher what sounded like helicopters and engines and a chattering noise that was getting closer and louder by the second. In an instant, I saw them. Coming over the nearest sloping hill was 2 or 3 very large black helicopters. Their propellers were throwing up dirt and debris from the ground as they must have only been 30-40 feet above the ground and flying at great speed with their noses tilted forward and down.

Just as they came fully into my line of vision, I saw 2 large green tractors crest the same hill racing in the same direction, almost directly underneath the helicopters and keeping pace with them. They looked like normal heavy duty farming tractors with large treads on both sides, green in color and with fully enclosed cabs. They came closer and closer to us as if they were coming right for our house. The noise was almost deafening. The roaring engines and chattering noises shook the windows. The pictures on the walls were shaking and were about to fall.

I don’t know why we didn’t run but we stood there watching in amazement. Then I realized the chattering noise was coming from gun fire and shivers went all over my body. The tractors had fully automatic weapons and were shooting at the helicopters. Two very large guns were mounted on the tractors, one on each side of both cabs and all four guns were pointed straight up at the flying machines barely ahead of them. I then noticed the helicopters were military and were shooting back at the tractors as they tried to flee but their fire power was greatly less than the fire power of their attackers.

I was immediately struck with emotions of sadness and fear so great that I started to cry. My family was in absolute shock and stood in confusion with mouths agape as these vehicles zoomed closely past our house. They paid absolutely no mind to us or our property. Our heads all turned from right to left as we watched the helicopters flee for their lives.

Constant chattering and non-stop white streaks going back and forth between the vehicles as their battle continued. The helicopters were trying as hard as they could to get away from these attacking farm machines but to no avail. These tractors were incredibly fast and were moving at an impossible and astounding speed. With having such great fire power, I knew the military might of the helicopters in front of us would be destroyed at any moment. They flew down the adjacent side of the hill and out of our sight.

My head quickly scanned back to the right and all I could see was destruction across our fields. Huge ruts in the dirt and dust was everywhere with just a fraction of the crops left behind.

Instantly I was awake and sat up in my bed. I was so overwhelmed with emotion. The feeling of sadness for what is coming and for this our nation was overwhelming. I was moved to tears. In that instance I stopped and prayed, “Lord, if this dream was from you, please confirm it for me.”

I drank some water, tried to calm my emotions and laid back down in bed. Before I knew it, I was having the same dream again, yet this time it almost felt as if it were going by in fast forward. It was like I could see the dream again but it didn’t take as long to relive it. Yet at the same time, God was slowing it down at specific moments to let me see and feel things I had not the first time, while also giving me answers to what many things in the dream meant. Here is my interpretation as God led me through the dream a second time.

The large farm and large house represent America’s wealth and abundant food sources. The crops that were across the fields were some sort of winter cover plant. It was small and I noticed that there was a chill in the air. I believe this represents that the fulfillment of this dream will happen in the fall or winter seasons.

The attacking tractors represent an attack that will come from within this country, or at least start from within the country, either by treasonous individuals or by those merely pretending to be American. The large green tractor is a symbol of the American farm yet in the dream, it turned on its own.

The fighting helicopters represent how this attack will be large enough to require an immediate military response but our military will not be strong enough to overcome it.

The destruction left behind in the fields represents food shortages and hurting people. The economy will be devastated and empty shelves will become commonplace.

My family standing at the window, unmoving, represents how to most people in this country, the attack will feel like it came out of nowhere. It will catch most Americans completely off guard and will cause most to stand in bewilderment instead of reacting in an appropriate way. Confusion and panic will abound.

God showed me that I was the only one not in shock in my dream because I knew it was coming but I was saddened that it had finally come.

My immediate family and I currently live very close to my extended family, including my parents, both of my sisters and their families and my brother and his family. All twenty-three of us are very close and get together as a large family frequently. We are a very close-knit family. Yet out of all of them, my wife and I are virtually the only ones that have felt compelled by God to prepare for tough times. We are the only ones that have been feeling an extremely strong sense that something big and difficult is coming to this country, and soon.

God showed me that He will use individuals and families like ours to be there for those who did not prepare. For those who are overwhelmed and confused in the times of trial.

God loves His people and gives warning of calamities to come. He shows clues about the future to those who are willing to listen so that they can prepare physically, emotionally and especially spiritually. He proves time and time again that He has a purpose for us and that by preparing now, we can help accomplish His goals in the coming trials.

We don’t need to be afraid of the attack because God is for those who love and have a relationship with him. This does not mean He will protect the USA because as a nation we are evil in many ways and are ripe for judgement, but He stands in the fire with the individuals who know Him!

In desperate times, He asks us to stand as beacons of hope and love. And in that love, we can lead hurting people to Jesus!