You are here: Home » News » Famines » Prophetic dream warns of coming shortage of drinking water on east coast of USA. 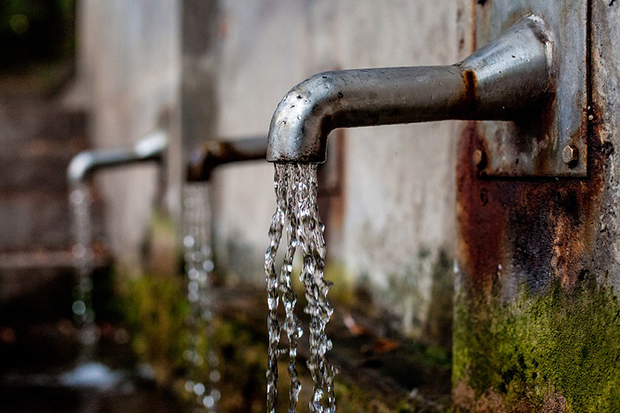 In a dream on May 6, 2015, I was on the east coast of the United States standing where I could see the ocean. I could hear the voices of the people talking, standing out in their lawns and those who had homes along the beach. They were looking out to the ocean. There was a big military presence in the ocean, ships, service men and women. It seemed they were preparing for a disaster or some sort of chaos to ensue.

A man came up to me and said, “The Navy is turning off all the fresh water for the entire East Coast.” He said “There will be no drinking water, it will not be drinkable.”

I asked “What should we do?”

He answered, “Everyone must evacuate and move to the center of the United States. There will be no clean water to drink here any longer.”

I woke up with a sense of foreboding. If such a scenario actually happens, we would see thousands upon thousands of people trying to leave the coast line. The chaos of gridlock traffic would defeat an evacuation. I wasn’t shown how deep westward the drinking water would be unavailable from the east coastline. I am also concerned about societal breakdown in the areas where there is still uncontaminated water. There is no city that could handle a mass influx of thousands or more citizens over a period of days or weeks.

What could cause such a scenario? Were the underground water sheds contaminated somehow? Water and food would become the new currency as everything else that once held value will be useless rubbish.

This warning is certainly disturbing. Glynda Lomax had a post July 5 2019. re food & water shortages.. in the near future. she saw ? something had happened to the water. .Glyndas was to do with the oceans. & the fish die just re reading.

The military build up indicates a war event to me . How would the Navy know in advance unless it was a war event , logic says . Blessings

There are radiation spikes going on all over, esp NE. I recently saw an article that Prophecy Club covered from Hal Turner Radioshow

While this dream implies water becomes unusable because of a quality issue, loss of electricity in a region would make water in that region unavailable for consumption after depletion of any backup resources.

There as a prophetic warning within the past week regarding the largest hurricane ever. Should such a hurricane hit, water supplies would be contaminated over vast areas. The Navy would move it ships to the ocean to avoid fleet destruction on the coast.