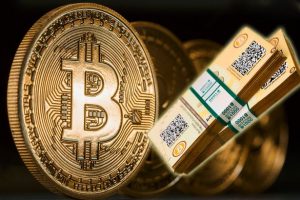 In a dream on July 16, 2021, I was at a casino with my apostolic brother (In real life, we had just prayed together for wisdom regarding my investments). I won $22,000 plus change (maybe like $22,200) in a machine. Then I put the money in my wallet with some papers/receipts.

The scene changed and I was with my husband and crying because I lost all the money on the physical floor somewhere.

Then the scene changed again and my husband and I were at a table and the owner saw that I was upset so he inquired and I explained to him what had happened. He responded with something like, “Don’t worry, we take care of our clients.”

Then he left, but later he returned with about 5 female staff workers and they were all singing happy birthday to me and handed me a wad of cash totaling $53,000. They were all saying, “God is good.”

I was seated at the table still and other women were sitting to my right discussing amongst themselves while I was counting the money. Then the lady next to me asked me what I was doing so I said, “I’m counting the money to make sure I wasn’t overpaid.”

She replied, “There was a fraudulent card used in the machine and you were overpaid by $13,000.” Then they agreed to split the difference with me and they attempted to take $7,000 from me. End of dream.

Since I had just prayed asking God for wisdom regarding my investments, I believe this dream was about Bitcoin. Since I won $22,000 but then lost all of it, I believe that was showing that at some point when BTC is at $22,000, it will crash to $0.

Since the woman told me a fraudulent card was used, I believe this is exposing some fraud in trading Bitcoin so it is a warning that we should print hardcopy proof of our wallet amounts (thus the receipts).

FYI, I don’t know how my birthday is relevant but it is May 27th, so perhaps it’s showing these events are not anytime soon if the actual date matters.

KimN was born one of 8 children, 2 boys and 6 girls and eventually another 5 stepsisters. Both of her parents were alcoholics and the 8 children were separated amongst other family members twice as young children. One of the uncles was a professed satanist and many were involved in Freemasonry. One day, a couple of elderly Christian women were watching them. They picked each child up one by one and prayed over them and claimed their lives for Christ. In 1973, at the age of 13, Kim’s two brothers got saved through a David Wilkerson crusade and one by one throughout the years, the majority of her family got saved. It wasn’t until the age of 32, that her and her husband were baptized in the Holy Spirit with the power to overcome. Kim led praise and worship for years and together her and her husband were also Chaplain Assistants for prison ministry. Together they have 3 beautiful children and 3 beautiful grandchildren.

This would beg the question. When is your B-day because it would imply this happens around then or a bit before. Read other words on here. Bitcoin will hit zero at some point.

Thanks for sharing!
It helps me a lot!

Your dream very much sounds like to me that BTC22000 area is before than BTC53000 area. I think its very important

As it seems like we are going to 55k area or more now, I believe the correct interpretation of this dream should be different..
maybe losing 22000 and earning 53000 means to bet on the uptrend?

I believe the $22,000 to $0 is correct and confirms others that have seen the same thing. My question would be, since Christopher saw a double stack of $55,000, is it possible we see this area twice? Bless you.

Yes, I believe that is possible too.
And.. what I also found out is that when CH saw something twice, it is important information and it is happening rather first.
CH saw BTC move 32k to high 39k twice, and it happened when we were not certain whether BTC was going up or down at 32k area.
And CH saw double stack 55k, and it happened to tell us it was going up to 55k before it drops.

To be honest, I could have the interpretation off but time will tell. The other thing I am trying to consider is I lost all my money on the “floor”. If I’m correct, that is entry level. Interesting thing when I googled Crypto on the floor, I saw multiple searches discussing Crypto on the “casino” floor. I don’t know if there is another meaning here. “Las vegas resort partners with Gemini” is one title. So apparently in June, a China owned casino/hotel in Vegas… you can convert your winnings in your Gemini wallet to crypto. Side note but thought it was interesting since I was at a casino in my dream. Relevant? I don’t know.

Christopher has also seen $49,853 on August 4. I pray we’ll get further revelation. Thanks for your input. We need each other as the Lord leads us.

Thank you for your dream. May 2022 would an ideal time for a stockmarket and bitcoin crash. We will keep an eye. Blessings