You are here: Home » Trading » Crypto Currencies » Prophetic dream shows a change in trend for Bitcoin.
Share this post: 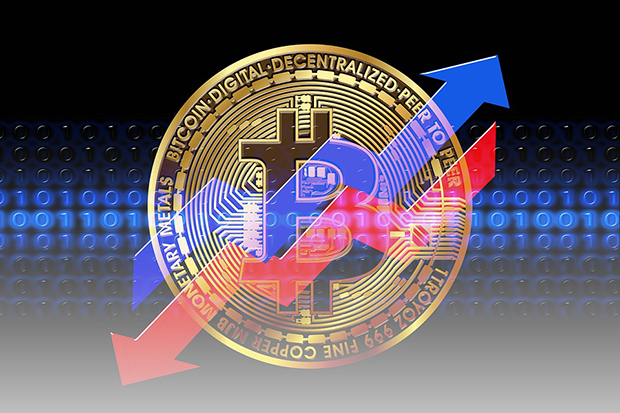 In a dream today, I saw a chart showing a moving average moving a little lower at first and then turning up and crossing above another moving average. These lines did not have colors so I don’t know the time periods but I think it was the 6 and 12-periods because that’s what I’ve always seen previously. I think this confirms there’s a small drop followed by a turn that will finally end the downward trend that’s been underway for the past six days since the July 11 top and start the bullish move that I saw on July 13. This dream did not identify which market but I believe it was Bitcoin because that’s all I’ve been getting lately and also all I’ve been trading.

In my July 13 dream, I saw a chart showing a row of candlesticks at the top of the Bollinger Band and all of them were partially above the band and partially below it, so it was showing bullishness but I did not see the time period. Later I saw what looked like a stream of prices moving up at about a 45 degree angle and the stream had a light blue background confirming it was Bitcoin.

Since none of these dreams showed any price targets or dates, I rely on several technical indicators. I’ve found the 8-hour MACD has been very reliable in identifying changes in trends, but since it’s a longer time period, I’ve adjusted the settings to make it more sensitive by setting the fast length at 9 periods and the slow length at 18 periods compared to the default settings, 12 and 26 periods. I use the default setting for the signal line, which is 9 periods. Using more sensitive settings can give more false signals, but that risk is offset by using an 8-hour chart.

I also rely on the Bollinger Bands to know when to close a position. My charts always show two bands, one for 2 standard deviations and the other for 3. When the price goes beyond 2 SD on the 4-hour chart, it’s likely getting close to a turn.

To help me with the Kucoin leveraged token BTC3L, I’ve overlaid it (the orange line) onto the spot BTC candle chart.
https://www.tradingview.com/x/2EettHo5/

Sharing my own thoughts only, not trading advice, and I’m still learning – pls share if I’ve missed anything. God bless you guys.

Hi James- Has the small dip happened since this dream was experienced-0r
should BTC drop below about 31k?

The chart I saw showed a very small drop in the moving average followed by a small move up. I wasn’t shown the time period but the 6-hour MA dropped today and has since turned up so my current thinking is that was it. I didn’t see what followed afterwards, but I think it was showing a bullish turn in the markets. The 48-hour MA is now trying to cross above the 96-hour so that could be confirming the bottom is in but lots of missing pieces here so I’m just sharing my current thinking.

Hi there 🥰 I was talking to the lord about the drop and I felt Holy Spirit was telling me that it’s definitely not over and that it’s gonna be a bigger drop than now & that my husband and I should hold funds prepared for it, because it’s about to get awesome to shop lol – it’ll go all down: Not just bitcoin but all the crypto’s. That was this morning!

I just opened YouTube and a new fireside grace video was uploaded (https://youtu.be/Mz_hhmbiOJ8)
he’s talking about crypto and how China is about to make another move against bitcoin and crypto mining and its gonna bring the market down – that was my confirmation. Just wanted to let you guys know 🙂

Thank you for sharing. God Bless You

Thanks for the confirmation Laura. There seems to be a big consensus on this point but the big question is timing.

You’re welcome 🥰 and in regards to timing: please bring it to the lord in prayer but I thought I heard the lord say that it’ll drop the rest of July and then in august it’ll go up.

It’s really interesting because I’ve just seen a video, where Bo Polny talked about Gods Day of Vengeance being in July and then awesomeness coming in August (since according to his calculations it’s the last month of the year of jubilee – Nixon detached the dollar from gold 50 years ago) – it matches with what I thought I heard but I guess we will find out soon 🥰
Here is the video for reference 😊 it starts at around 7:50mins

Thank you very much for sharing your dream James. Blessings

Did you see how ETN moved up about 100% while the entire crypto market moved down? Rumor has it that ETN is partnering with XRP to create a stable Crypto British Pound. *RUMOR*

ETN Volume has also been spiking.