You are here: Home » News » Financial News » Prophetic dream reveals drop in oil prior to crash in Germany 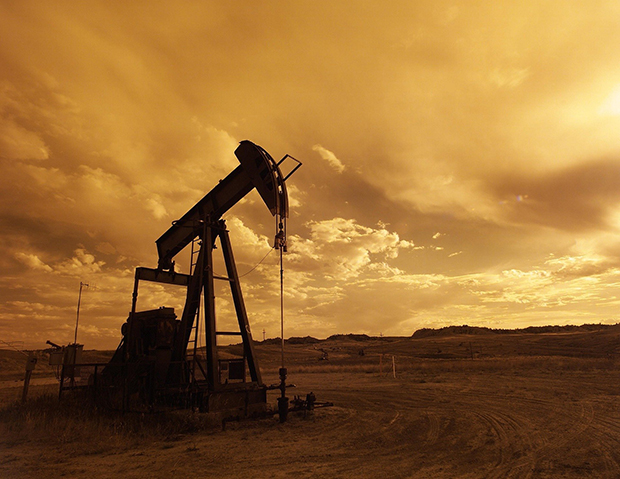 In the dream, I was in a classroom. It was as if I was there for career day. I had my hardhat on from the oil field. I was speaking to the class telling them about my work in the oil field.

Then I took my hardhat off and placed it on a shelf to my left. As soon as I did that a force threw it down to the floor and a voice said, “You are on the wrong side of the classroom.”

Immediately the entire classroom shifted to the right. After the shifting I was still in the same classroom, but I was now standing behind a large wooden teachers desk, which was not there before. Also, my Atlanta doctor, who is from Australia, was seated at this desk, right in front of me with his hands clasped in front of him. He didn’t make a move. It was as if he was very focused. Also, there was now a bookshelf on the wall behind me, which was not there before.

Then the same voice that said I was on the wrong side of the classroom said, “Why don’t you show them a map of Germany?”

So it was not only the classroom that shifted, but the topic too. I was no longer talking to them about the oil field, but now it was about Germany.

I turned to my left to grab a book off of the bookshelf to show the class a map of Germany, but when I reached to grab it the book was thrown to the floor with the same force as the hardhat. That was the end of the dream.

Michael shared this dream with me in 2015 and I shared it in a post in June 2015. He seems like the perfect person to connect oil and Germany because at the time of his dream he was working in the oil fields of North Dakota and he was born in Munich, Germany.

After oil prices dropped below zero yesterday, he sent me a reminder to alert me of the possibility that it was the fulfillment of his hardhat being thrown down to the floor. If so, the second part of his dream might be happening next as the topic shifted from oil to Germany and the book containing maps of Germany was thrown down to the floor the same way as his hardhat.

There have been other prophetic warnings about a crash in Germany, including David Wilkerson’s vision of a global economic collapse that begins there. Also, Pastor Louie McGeorge received a dream several years ago in which he was told, “Germany is crashing on the 25th.” He was not told the month or the year, so we’ve been watching for the fulfillment and giving special attention to Germany’s largest bank, Deutsche Bank. Michael’s dream indicates it might be coming soon.

Michael’s dream included an Australian doctor who was very focused. Perhaps that’s a reference to the global pandemic happening now.

Wow! The timing feels like it could happen this month or next…..Many people feel in their spirit something big is days away.

In preparation for the upcoming issues there will be using cash as we are forced into a digital system, I have been using my largest bills to make purchases as the governments have done “test runs” to try to eliminate the largest bills from the money supply first.

I read my Bible everyday because the Holy Spirit showed me this would be very helpful for me. I pray as well. One evening after I went to bed I had a dream. In my dream I was at a train station by the WALL that Trump is building. I was with a young boy who looks like a Jewish friends son who’s name is Daniel. All of the sudden German soldiers came to the USA border in black Helicopters! They were speaking German to the people below them on the ground by the border wall and the train station. I covered the Child’s eyes to protect him because the German soldiers were separating the unmarried women and men.. It felt like Nazi Germany in my spirit. They come right when the wall is almost finished. They are not our friends! I was not given the name of the city, but the only city on the border where I have friends that I visit is in ElPaso Texas.
This town has a large Democratic presence and powerful international media connections.

Trump needs to watch the Germans carefully.
In this dream they came by black Helicopters to the southern border by the Wall and the Train station. They speak using a megaphone.
.

I thought this would be helpful for this post, as the German economy minister has said ‘Germany faces worst recession since ww2’.
https://www.dw.com/en/germany-faces-worst-recession-since-wwii/av-53286329

James! Your Fat B again! Are you opening a position with usd/chf or are you going to do something else to trade on Deutsche banks collapse?

I am continuing to watch for the crash of Germany on the 25th with April 25th being the next possibility. Even though it’s a Saturday, it could still start then with news of Deutsche Bank crashing just like Lehman Brothers crashed over a weekend in September 2008. There was a Fed meeting the following Wednesday, just as there is next Wednesday. There was a huge drop that Wednesday, which also aligns with two dreams I had over the past couple of years. In one of them I heard someone say, “There’s a big drop on the 29th.” In the other, I saw the date April 29 with a red frame around it. I did not see the year and I don’t even know of both dreams are referring to the same day, but there does appear to be a lot of things aligning. Even without any of that, SPX cycles are close to turning down so I am planning to get short but waiting until this Friday because I am expecting a rally the next three days.

Regarding currencies, if DB crashes this weekend, the euro and franc will likely drop fast. I don’t have any prophetic insights showing DB crashing, but there have been lots of rumors about it so I am considering trading USD/CHF. A few years ago, I saw it making a very fast move up to 1.35. It is currently trading at .9678 so it would be a huge move.

James,
Greeting. Please advise us when you feel that the 8 waves movements have been fulfilled.

I am making assumptions about the 8 moves that could be wrong. Tradingview.com offers free charts if you want to track the moves.

Hi James,
I want to start by saying that I do not have any direct word from God on this, but only a curious observation to share. Since near the start of 2020, and then for days and weeks on end, I would wake up in the middle of the night for no apparent reason, no noises or anything, and when I looked at the clock on my nightstand, it was always 4:29am. I started thinking to myself after awhile, “what’s with this 4:29 deal?! Why is it always the same time? Maybe it’s a sign?” So I’ve been thinking for some time that maybe it’s some kind of sign to point out that date to me (4/29), that maybe it will be something significant to be prepared for or to take precaution over. I really don’t know anything more than that (wish I did), but thought I would share, since 4/29 seems to be a key date youre seeing as well. I suppose we’ll find out soon.

Thanks for sharing this very interesting confirmation Justin.