You are here: Home » Prophecies » America Under Attack » Prophetic dream reveals America’s buildings are on fire. 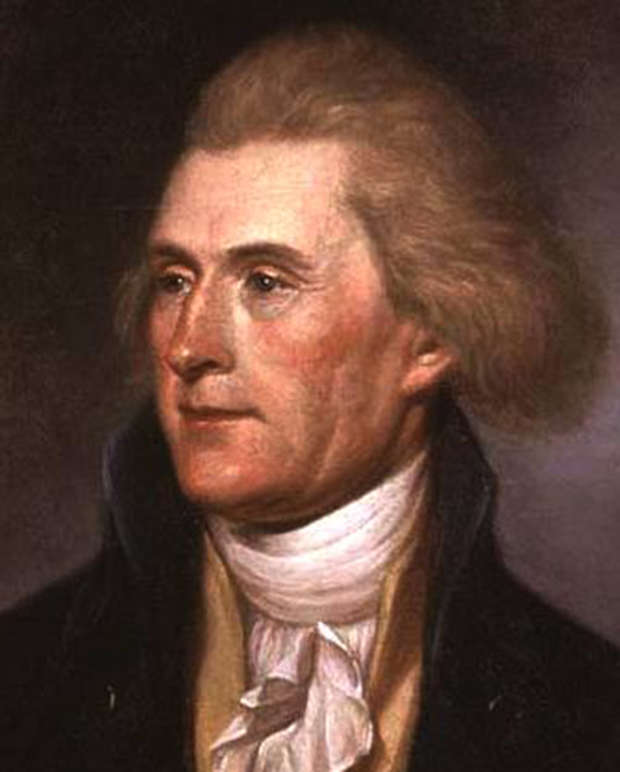 Z3er Jerry shared the following dream which he received today.

I was in a college classroom and the campus had multiple wood buildings. Class was in session. Thomas Jefferson was the professor. He said calmly, “We have a problem, but don’t panic.”

The buildings were on fire, but the students did not notice it. Only Jefferson was aware of the fire. I was surprised and wondered how long the fire had been there. He then instructed a student, “Remove a small piece of wood that opened up the wall cavity.”

When the student removed part of the wall, smoke came out as air went into the cavity. Soon, flames came out. Jefferson then picked a few hardy brave male students and gave them water wands, like you would see at a car wash, and instructed them to go into the walls and crawl spaces and use a water/chemical solution to extinguish the fire and coat the walls with the fire retardant chemical. They did and the dream ended.

The classroom setting with Thomas Jefferson as the professor indicates our generation has some important lessons to learn from our founding fathers. Thomas Jefferson warned about the very dangers our nation has fallen into, all due to allowing private bankers to control our currency, which we did by passing the Federal Reserve Act in 1913. Here is what Jefferson wrote:

“I sincerely believe that banking institutions are more dangerous to our liberties than standing armies. The issuing power should be taken from the banks and restored to the people to whom it properly belongs.

If the American people ever allow private banks to control their currency, first by inflation then by deflation, the banks and corporations that will grow up around them will deprive the people of all their prosperity until their children will wake up homeless on the continent their fathers conquered.”

Jefferson warned the danger posed by banking institutions should be taken more seriously than foreign armies, yet our generation is oblivious, just as the students in Jerry’s dream were unaware of the fire. What has happened since the passage of the Federal Reserve Act is exactly what Jefferson warned about, starting with inflation, which was not a problem prior to 1913, but became a huge problem since then with the dollar losing 98% of its’ purchasing power. Jefferson warned the bankers will next cause deflation, confirming what I saw in a series of dreams, which I have described as the final four seasons of the U.S. dollar. I saw the U.S. dollar getting so strong compared to other currencies, it was causing tremendous hardship around the world and even caused China to threaten to declare war. Eventually, it resulted in a reset of the dollar, which caused great turmoil in global financial markets.

Jefferson also warned about the unimpeded growth of large corporations as the bankers use their unlimited wealth to take control over our government leaders through bribery, extortion, murder, and whatever means they deem necessary. The chart below shows how U.S. markets today are dominated by fewer and larger corporations than ever before, as demonstrated by their growing market share. 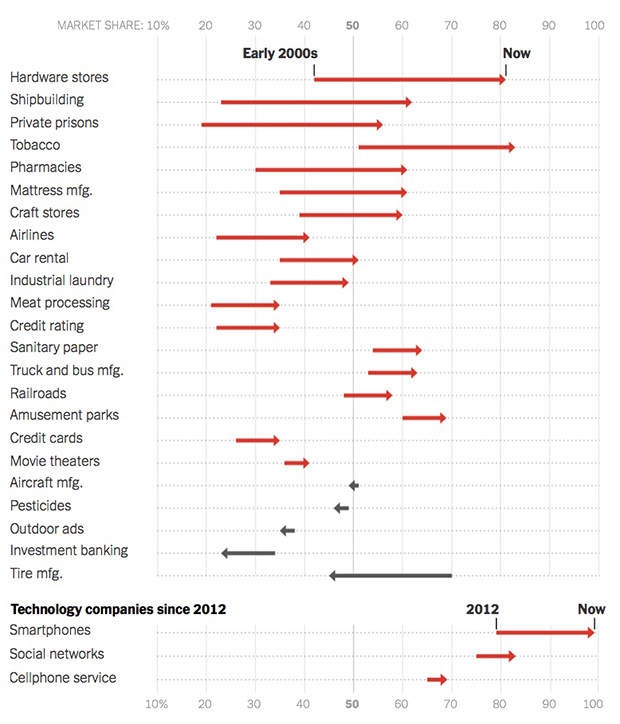 These alarming trends would not be possible without consent from all branches of our federal government, evidence of the bankers success in merging our government and corporations into one and the same entity, which is commonly known as fascism. We’ll never hear the mainstream news media describe America as a fascist state, but that’s exactly what it has become.

In a republic, elected government representatives defend the interests of the people by standing against corporate interests as needed, but in a fascist state, government representatives take sides with the corporations, leaving no one to represent the interests of the people. Men like Thomas Jefferson laid down their lives to establish our nation as a republic, but the life of our republic was cut short when we allowed the bankers to take control.

Thomas Jefferson would have opposed the 1913 Federal Reserve Act because he argued that Congress has no authority to create a bank and give it a monopoly over our money because such actions “are not among the powers specially enumerated” in the Constitution. Had we followed the wisdom of our founders as laid out clearly in our Constitution, we would never have lost our republic, but in the halls of our government today, the Constitution has been drowned out by the far louder voices of the bankers and their corporate deep state cronies.

Contrary to the popular narrative we’ve been bombarded with for as long as any of us can remember, fascism is not a right-wing ideology because the right wing of conservatism seeks to empower the people by limiting the power of the federal government to ensure the interests of the people are represented in all dealings with corporations. By contrast, the left-wing seeks to empower the federal government with greater control over all aspects of our economy, but not to protect the interests of the people. Progressives have sold out to the interests of the bankers and corporations because they are harlots, loyal only to their own power and wealth, purchased and owned by the bankers and corporations. This is why fascism is as far left-wing as it gets, making it a kissing cousin with communism, which has been rebranded in America today as progressivism. The monsters behind America’s fascism have sought to brainwash us with the idea that Adolf Hitler was an extreme right wing fascist, hoping to convince us to avoid his mistakes by giving our support to left wing progressives, but Hitler did exactly the same thing progressives in America are doing today, removing the boundaries between government and corporations, which is why we must understand these differences.

In Jerry’s dream, Thomas Jefferson had the solution to the problem, but the key question remains, is anyone willing to follow his instructions to extinguish the fire? If not, the final part of Jefferson’s warning is likely to come upon us as the bankers deprive us of all our prosperity “until our children wake up homeless on the continent our fathers conquered.”

Well said, James. You must be a teacher at heart. I’m sure you’ve read and I recommend to others for deeper study, to read “The Creature from Jekyll Island” by G. Edward Griffen. Thanks James.

Excellent post James! Most people do not fully understand how President Woodrow Wilson sold out the American people when The Federal Reserve Act was signed into law on December 23, 1913, creating the Federal Reserve System when there is nothing “Federal” about it! The excellent book referenced by Stephen K, shows the planning and creation of circumstances to make the public at that time, compliant in allowing the wealthy bankers to create a private corporation under the guise of preventing future financial panics and crises.

The creation of the Federal Reserve was in violation of the Constitution that prohibited the printing of the nation’s money to be done by any non-government entity!

If you do not fully understand how we all have become slaves in the financial system, I highly recommend this excellent & award-winning documentary by Bill Still (1 hour, 50 minutes) https://www.youtube.com/watch?v=U71-KsDArFM

Be forewarned. This documentary will make you very angry to see how the American people were duped into this new debt/slave system & potential financial freedom for all future generations was negated with Nixon removing the dollar from the gold standard in 1971, fractional reserve lending and derivatives. ?

Here is an excellent video from the author of “The Creature from Jekyll Island” (5 minutes) – https://youtu.be/ZWKlz2Z4Nlo

One more excellent documentary (42 minutes) to further your understanding – https://youtu.be/iYZM58dulPE

Yes, I so agree. Thank you for the references. We will watch them.

James, I seldom share anything on the internet anymore due to the intense hatred I usually receive back, but I find this very interesting and I do agree with you 100%. I have never trusted banks and neither have many elderly in my family. Thank you for laying this out so that it is very easy to understand.