You are here: Home » Prophecies » Islamic Jihad » Was A Pro-Israel Messianic Jewish Christian The Primary Target Of The San Bernardino Shootings? 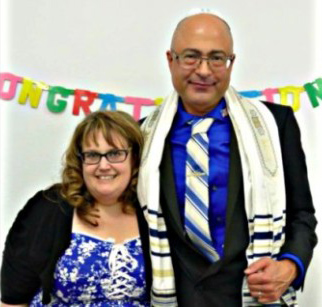 Why is the mainstream media ignoring evidence that the primary reason why Sayed Farook and his wife went on a deadly shooting spree in San Bernardino, California was because Farook wanted to get revenge on a pro-Israel Messianic Jewish Christian co-worker? 52-year-old Nicholas Thalasinos had worked alongside Farook as an inspector for an extended period of time, and it is being reported that they would often have discussions about religion and politics. As you will see below, the two had been arguing about whether Islam was a peaceful religion or not, Farook had reportedly made threats to kill Thalasinos, and was quite insistent that Islam would someday “rule the world”.

As authorities search for a motive for the shootings, you would think that a “heated, passionate” debate that took place between Farook and Thalasinos just a few days earlier would be a natural place to start. The following comes from CNN…

One of Farook’s colleagues killed in the attack, Nicholas Thalasinos, liked to discuss religion and politics. Farook and Thalasinos, reportedly a devout Messianic Jew, had a “heated, passionate” discussion about politics and religion a few days earlier, said Kuuleme Stephens, a friend of Thalasinos, who called him at work while Thalasinos was in the middle of the conversation.

But apparently what transpired between the two went far beyond just a “discussion”. According to a close friend of Thalasinos, Farook told Thalasinos that “Christians and Jews deserve to die”, and he also threatened to kill Thalasinos in particular. This next excerpt comes from an article by Paul Joseph Watson…

A close friend of Nicholas Thalasinos, one of the victims of the San Bernardino shooting, said that gunman Sayed Farook had threatened to kill Thalasinos because he was Jewish and asserted that “Islam will rule the world.”

“The islamic terrorist who took the Life of my friend & bro in Christ, Nicholas Thalasinos, on yesterday in San Bernadino, CA, had been threatening him, telling him that islam will rule the world, Christians and Jews deserve to die; and that he (Nicholas) was going to die.”

To me, this appears to be the core of the whole story. But it has been almost entirely discarded by the mainstream media because it does not fit with any of the “narratives” that they are trying to push.

If Thalasinos was a member of a group favored by the liberal media, his name would be everywhere and this angle of the story would be front page news. But because he was a pro-Israel Messianic Christian Jew, the fact that Thalasinos and Farook had been heatedly arguing only a few days before the shootings is being given very little importance. Apparently at least one of the “discussions” that had really upset Farook was one about whether or not Islam is a peaceful religion…

Thalasinos is a member of a messianic church and is strongly pro-Israel. His Facebook page is filled with positive postings about Israel and Jewish holidays and messages of Shabbat Shalom. He was also a strong political conservative.

Co-workers described Thalasinos as strongly outspoken about his political views, but “wonderful and compassionate.”

But here’s the kicker: The USA Today report, which buried this detail 31 paragraphs down in a 54 paragraph story about some of the victims, on Tuesday, the day before the massacre, Thalasinos posted on social media that he had received threats in recent days, including one stating he “will die.”

An Associated Press report revealed that a co-worker said that Thalasinos and Farook had argued recently about religion, and Thalasinos complained to her that Farook “doesn’t agree that Islam is not a peaceful religion.”

Thalasinos and his wife are members of the Shiloh Messianic Congregation church in Crestline, California.

If I was a detective assigned to this case, I would be focused like a hawk on the interactions between Thalasinos and Farook. To me, this is clearly what motivated Farook and his wife to murder Thalasinos and the others. But the vast majority of the news stories that I have read about this event do not even mention Thalasinos.

Although the mainstream media does not like to admit it, there are lots of radical Muslims living inside the United States that hate Christians, that hate Jews, and that hate the state of Israel. And since Thalasinos was a Christian, a Jew, and a tremendous supporter of the state of Israel, that made him easy for Farook to hate.

And of course that are lots of other radical Muslims that harbor similar hatred in their own hearts. For example, it has been reported that radical Muslims in Dearborn, Michigan celebrated the terror attacks in Paris on November 13th by setting off fireworks…

Radical Muslims in the Dearborn, Mich., area were celebrating the Nov. 13 Paris attacks orchestrated by ISIS, according to a resident.

“As the news started, I don’t remember exactly what time but it was in the early evening [of the shooting], at first there was a large crack and it startled me, and I’m like ‘okay, what was that?’ and shortly thereafter there were several more fireworks going off,” the Dearborn, Mich., resident reported, who wished not to be identified. “What I found out later [they were] fireworks and in the streets, I did not see the people, however it was several blocks away, within four or five blocks from my house, people were shouting ‘Allah Ackbar.’”

Last month, at two different soccer games in Azerbaijan and Turkey, soccer fans were similarly chanting “Allahu Akbar” and booing during a moment of silence for the victims of the attacks, and in 2001 radical Muslims were celebrating 9/11.

The mainstream media does not like to report things like this because they are not “politically correct”.

Decades ago, journalists often made an honest attempt to report the news, whether it was good or bad. But now so much of our “journalism” is really just agenda-driven propaganda.

And since the fact that a radical Muslim was trying to take revenge against a conservative Messianic Jewish Christian does not “fit the narrative” that the mainstream media is trying to craft around this story, it is almost entirely ignored.

Please share this article with as many people as you can, because the American people deserve the truth.

And please pray for the family of Nicholas Thalasinos and the other families that lost loved ones in this horrifying terror attack. Nobody should ever have to go through what they are going through right now.

Excellent article, Michael! Keep up the good work and keep exposing media lies and half truths.

As an Australian I felt Obama’s speech was very WEAK.
My apologies I did this in big hurry

Dear Z3news
As an Australian I felt Obama’s speech was very week. ALL about Nothing.

Note his comments mine in BOLD.
” But just as it is the responsibility of Muslims around the world to root out misguided ideas that lead to radicalization,” REALLY MR OBAMA, WHERE IS THE EVIDENCE TO SUGGEST THIS IS HAPPENING ANYWHERE it is the responsibility of all Americans — of every faith — to reject discrimination.AGREED but WISDOM IS REQUIRED It is our responsibility to reject religious tests on who we admit into this country. SO WE LET EVERYONE IN DO WE, MR OBAMA and THEN FACE THE CONSEQUENCES. MORE OPEN BOARDERS? It’s our responsibility to reject proposals that Muslim Americans should somehow be treated differently. SO DO THEY HAVE THE SAME CULTURE, VALUES, RESPECT and SUPPORT FOR AMERICAN SOCIETY AS WE DO. IS THAT REALLY TRUE MR OBAMA Because when we travel down that road, we lose. THAT”S AN OPINION OBAMA. EXTREME VIOLENCE and Innocent DEATH MEANS SERIOUS ACTION IS REQUIRED NOT COMPLACENCY. That kind of divisiveness, that betrayal of our values plays into the hands of groups like ISIL. AGAIN PURE OPINION and MEANS WE DON”T TACKLE THE ISSUE ISLAM Muslim Americans are our friends and our neighbors, our co-workers, our sports heroes — and, yes, they are our men and women in uniform who are willing to die in defense of our country. PURE OPINION AGAIN OBAMA. Obama may be making MAYBE TRUE, MAYBE NOT TRUE Statements.

Final Comment by Obama
Thank you. God bless you, and may God bless the United States of America.
OBAMA – WHICH GOD ARE YOU TALKING ABOUT? ALLAH or the TRUE and LIVING GOD of the BIBLE?

Good comments in Bold Phil! I agree with you!

Great article Michael,
We have exactly the same cover up in the Australian media. The government funded ABC and the Fairfax media are both dishonest and deceptive in their reporting.
Climate change and Gay marriage are key issues for both these liberal media outlets.
God bless
Phil

The left-wing media cover-up concerning the truth about Islam is outrageous. In the Quran and the Hadith, Muhammad very clearly and in numerous passages advocates violence and even death to infidels or “unbelievers”. Islam is a religion of violence and coercion despite the media propaganda to the contrary. Obama and Bush are wrong……it is not and has never been a religion of peace. You never hear the talking heads in the media quoting the 2 major Islamic texts. Instead, they refer to true Islamic followers who follow and interpret the text literally as “radicalized”. No more lies! The true Muslim apostates and heretics are those who want peace, those who do not follow the teachings of Muhammad.

Real, genuine Islam is an apocalyptic death cult…….but the Satanically controlled mass media will never tell you this. Even Fox News can not be completely honest. Nearly all of their hosts fall all over themselves to qualify the terrorists as “radicalized” Muslims. Most conservative radio talk shows will not be completely honest about the true nature of Islam, or perhaps they are simply ignorant of it.

All religions outside of Christ were birthed by Satan and his demons. Islam is much more transparent than most of Satan’s creations……Muhammad did not pretend to be “peaceful”, yet we are living in such a time of deception that millions of people in this country want to believe it is a religion of peace despite what the founder (Muhammad) taught his followers in the primary Islamic texts.