You are here: Home » News » Jesuit Agendas » Political News » He said to pray, for Congress had two key legislation pieces to pass this year (fall term), and if they didn’t, things would start to ‘unravel’ for them.
Share this post: 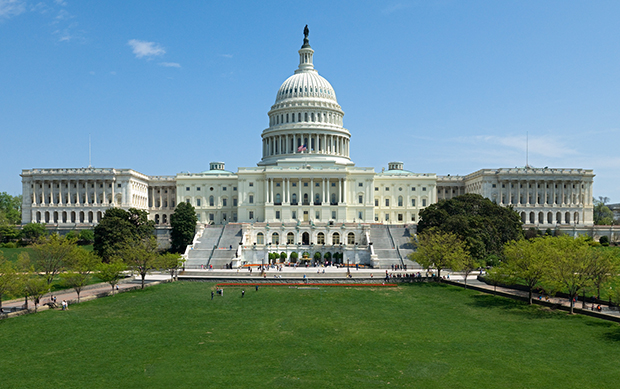 You may recall back in June I was dealing with a heart (electrical) issue called A-Fibrillation, which the cardiologist described as having a bunch of kindergartners running wild in a room, the room being in an upper quadrant of my heart. Later I had the cardio-version which shocked the heart back into normal rythm, but at that point in June I wasn’t sure what I was dealing with.

That particular night in June however, for the first time ever, I could not breathe if I laid down. If I sat up I could breathe, if I laid down I could not. At the time I didn’t know it was because of the heart’s inefficiency due to the AFib slowing the blood flow which allowed it to separate and the plasma collected around the heart/lung chest area. When upright that water is kept by gravity in the lower parts of the chest and a person can breathe, but when laying down it sloshes horizontally filling the heart/lung area.

As I said, I didn’t know all that at the time, I was scared and went to the living room to try to sleep upright in the recliner, laid hands on myself commanding healing, all the while worshiping the Father and asking for wisdom. As I worshiped I was in the Spirit and the Lord was suddenly there and walked over to me, putting His left hand on my shoulder and said, ‘You will live and not die’. Then He began to tell me about then (June 2017) through September 2018 saying things like ‘You will see…’ and in some specific situations ‘You need to pray for…’

Let me interject here that in case you think it unusual for the Lord to say ‘You need to pray for…’ I’ll remind you it was the Lord who told us to pray along the pattern of the Lord’s Prayer: “Pray this way. Our Father who is in heaven, holy is your name…” It was also the Lord who told us in John 16:23-28 to pray to the Father after His crucifixion. It was also the Lord who in Matthew 24:15 confirmed Daniel’s understanding of anti-Christ coming into the temple, and then instructed us in v20: “Pray that doesn’t happen in winter nor on the Sabbath.” So yes, the Lord then and now directs His body to prayer – He is the Head of the body after all, so of course He directs the body as our own heads direct our own bodies what to do. Anyone who has ever felt an urge to pray for a friend has experienced this direction from the Lord to pray as well.

He then explained why I felt a ‘blank’ in my spirit about this presidency, especially that (as I had said in an earlier communication) that it went two years and then blank – nothing there in my spirit and even the first 2 years just felt…blank, no joy, no excitement. Just as flat as the west Kansas prairie. He said to pray, for Congress had two key legislation pieces to pass this year (fall term), and if they didn’t, things would start to ‘unravel’ for them. He said if they did not, the people and investors would lose confidence in their ability to pass anything significant, and the effect would lead to political turnover and economic difficulties for the next years and elections in 2018.

One of the key ones, which most Americans have surmised by now, is tax reform. (Congress) already missed it with health care reform, thus this newsletter mentions to pray that the tax bill be passed in a form that would actually do good – not a watered down version that does little to change the economic and tax lives of citizens and businesses.

He went onto explain each nation has gifts to offer to the world (I am reminded me of Acts 17:24-27 that says God determined the nations, the times they would rise and fall, and their boundaries. Each nation has an element of His personality to give to the world – Israel’s is above all, is the gift of salvation through Jesus.

Let me also say the Lord IS political – He is a King after all. But He isn’t registered to any party but His own, Righteousness and Truth, lol – so He has no allegiance to anything but righteousness and that which does good for all people.

He said our (USA) gifts (among others) include how to make money, underpinned by self-reliance and integrity. He said when a nation or a person leaves their gifts He intended them to walk in, they open themselves to error and difficulties. The He said this:

“The spirit of anger is what you’ve been thinking about because of what you’ve seen and heard, and you are correct, there is a spirit behind it. Know that spirits of anger are seen all over the world from religions that kill anyone that doesn’t agree with them, to political enemies who attack people in their words and actions personally rather than attack their ideas, to even in My body, which has caused church splits and the ending of many a friendship. When you see irrational anger, when there is no logical reason nor justification for it, there is usually a spirit involved.”

That was confirmation of something I already suspected as He mentioned, felt in my spirit but for which had no confirmation. I had already noted the common thread from ancient Rome to Nazi Germany to current US politics about irrational anger, and suspected it was a spirit that I would call ‘hatred’. I asked the Lord for chapter and verse and examples because if I had concluded spirits were behind it and He confirmed that, then I wanted chapter and verse to understand it.

He stated the example of Revelation 12:12: “The devil has come down to you having great wrath, for he knows his time is short.” He reminded me also of Revelation 11:18 that says “the nations were angry” (for judgment was approaching). He said people and nations are angry because satan was first angry, manifesting outward to any nation or individual who will give that spirit and those associated with it a place in their hearts and lives.

The spirits of anger and hatred are what are behind so much of what is going on, and He showed me how that will grow to consume the world – but that is perhaps for next month, the ways persecution is at work. But I wanted the CWOWI network to know, and those who follow this ministry to have this first.

I replied that chapter 12:12 where it says satan was angry, was showing us something far in the past, when he was cast out of heaven, as I understood it – giving us a window to the past to explain the behind the scenes of what was happening on earth – it was informational. He said,

“Correct; it was given to John that people may know what is behind the events happening on earth. In the same way in (I John 4:3, II John 1:7) John said ‘The spirit of anti-Christ is on the earth’, yet the man called anti-Christ has not yet been revealed, but that spirit is active in the world. So too anger is in the nations and individuals active in the world though the exact time of Revelation 11:18 hasn’t yet happened.”

That led to this in our conversation:

Because the spirit of anger (hatred) is the root motivator, it all came together for me in my mind and spirit. I see it. It resonated with me.

I had wondered why those who want everyone everywhere to accept all lifestyles, beliefs and orientations, are the very ones not to include everyone. That is irrational, illogical. They say to accept all and then don’t do it themselves. I had wondered about ‘church people’ who hate another person because they differ in 1 point of belief. We saw it in the gospels with the Pharisees, we’ve seen it in our churches – an irrational hatred for those who don’t believe as they do. I had seen all that, and the common spirit in Rome where they accepted all gods and goddesses, yet rejected those who worshiped our God. That doesn’t make sense, and I suspected there was a spirit behind it, and now I had the confirmation of all that and more through this visitation.

His information in June 2017 when this visitation happened makes me concerned for the next year through the elections. He stopped telling me things at September 2018 – I suppose more will come later, this was rather overwhelming for me, which is one of the reasons why I’ve delayed sharing it until now, and still have held back much of it. Pray. I pray the Spirit of Wisdom and revelation in the knowledge of Him will open our eyes to see what He shared, and we will know and walk in His love and calling in our lives.

The summary is this: Realize when you see anger that has no rational reason, no logic to it, there is a spirit behind it. Pray for the US Congress this term to get tax reform, not tax adjustment, done and signed. Pray the bad things politically and economically, which He showed me, can be delayed or stopped altogether. Become wise to discern that spirit of anger – hatred too – behind various incidents in various settings – the spirit(s) latches onto people from all walks of life, all political views, all who give it place.