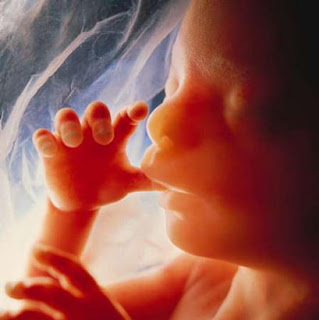 Planned Parenthood describes their abortions as “health services,” despite the fact that their patients are never made more healthy by the process, but instead the children are murdered and the mothers are emotionally damaged and in some cases physically damaged too.

That is what happened to Ayanna Byer, a Planned Parenthood abortion patient who ended up in an emergency room two days after a botched abortion in which part of the baby was left inside her body. Even worse than that is the fact that she changed her mind prior to the abortion and told the doctor not to proceed with it but the doctor proceeded anyway! This is health services in America?

The following details on this story were provided in a news article at Lifenews.com:

Attorneys with Alliance Defending Freedom, a pro-life legal group, filed suit on behalf of a Colorado against Planned Parenthood of the Rocky Mountains and one of its doctors. The mother says the abortion facility forced her to undergo an abortion without anesthesia and then left part of her baby’s body inside of her.

The lawsuit alleges that 40-year-old Ayanna Byer changed her mind about the abortion after Planned Parenthood in Colorado Springs could not provide her with the agreed-upon intravenous anesthesia for pain, but the abortionist proceeded with the abortion anyway. ADF informed LifeNews that, once the abortion was complete, Byer was sent home but ended up in an emergency room two days later because the abortionist had botched the procedure.

“A woman’s life is more important than Planned Parenthood’s bottom line,” said Alliance Defending Freedom allied attorney Doug Romero of Denver. “What Planned Parenthood did to Ayanna is beyond the pale. They clearly put her through extraordinary cruelty and jeopardized her life. Their actions were intolerable.”

The doctors at the emergency room were appalled by the horrible medical care provided by the Planned Parenthood doctor.

According to a statement provided by the on-call emergency room doctor who assisted Byer, she “was septic with a high fever and elevated white count. She required an immediate high-risk surgery to remove the remaining tissue that had been left during the previous procedure done at Planned Parenthood. Because of the continued pain and heavy bleeding, I was concerned that the patient might have had an ectopic pregnancy. I called Planned Parenthood the following day to inquire about pathology results to only learn that no pathology is done on abortion patients. The doctor performing the abortion ‘looks’ at the tissue and makes a diagnosis.”

“These are my concerns,” the doctor’s statement continues. “No practicing physician can maintain privileges to practice and perform surgery if they do not provide specific coverage for their patients in case of a complication. It is considered ‘abandonment’ of your patient. It is not acceptable to refer your patients to the Emergency Department and assume the on-call doctor will take care of any complications and assume all the risk associated with the complications. It is medically inappropriate for a physician to remove products of conception and not confirm the diagnosis with pathology. I know of no physician or hospital that would allow the removal of a specimen of this nature and assume what the diagnosis was by just ‘looking’ at it.”

What happened to pro-choice? The doctor decided to proceed AGAINST the patient’s choice. Is it only pro-choice when the choice is to kill the child?

The botched abortion is cause for a malpractice suit, but the forced abortion against the patient’s will is cause for a murder charge. According to the United States Declaration of Independence, which is the mission statement for our nation, the “right to life” is one of our inalienable rights, granted to us by our Creator.

According to the complaint filed in Byer v. Doe in El Paso County District Court, Byer told the abortionist in the surgical procedure room that she did not want to go forward with the abortion because she had not received the promised anesthetic after staff members had difficulty getting an I.V. into her vein. The abortionist assured her an I.V. would be administered, turned on the vacuum machines, and told Byer it was too late to stop. He proceeded while Byer, fully awake, was forced to feel the full pain of the procedure against her will. The abortionist stopped after seven minutes and sent Byer home with pain pills. According to the suit, she was completely unaware that part of her baby’s dismembered body remained inside her. [Continue reading…]

Every American tax paying citizen is helping to fund an abortion every 94 seconds through our government funding for Planned Parenthood.

That sad statistic comes from Planned Parenthood’s 2012 annual report. They were able to achieve that number of abortions because their federal funding reached an all-time record high last year. The organization received nearly half of its funding from taxpayers, totaling $542 million in government funds, which is 44% of their total annual budget.

This horrible tragedy is just one example of the pain caused by abortion. Abortion is not “health services.” It is time for Americans to vote for government representatives who will stop federal funding for Planned Parenthood and stop abortions in America.

“So where is the balance? Discretion.”-DW. I don’t even know what to say to what you have posted? I certainly know that abortion is an abomination. Do we not speak it, or relate a testimony of one that was involved with it? Do we not want to understand for ourselves the deep darkness that is Moloch, satan? Some do not want to know, and as I stated, please pray about these things. How can this be exposed on the spiritual side without knowing the source? That fact of the matter is this: there is no balance! That’s the problem. We have to speak to the thing with the truth and the tools available for disclosure. It calls for spiritual warfare and intercession. I am not condemning, nor am I ignorant to the victim’s, whether children, mothers or fathers that have bought into the death doctrine. Yes, this is horrific testimony, nevertheless it is an Ezekiel 8 type of testimony. For the Christians here it is a call for prayer, for those that are not and reading this, may it bring tears and repentance, and for youth, well, if there are children here, then may it be an awakening that will bring them unto the Lord. Yes, it is disturbing, but I am only a messenger of the destruction of the soul, not the judgement. Am I not accountable for understanding and not bringing forth what is disturbing? This is not new. But it is time for all this wickedness to be revealed.

I posted this on another article, but it needs to be read and prayed about by everyone that comes here. http://www.lepantoinstitute.org/abortion/former-satanist-i-performed-satanic-rituals-inside-abortion-clinics/

With respect, Karen – and I respect you a Lot! – I believe that article is Not suitable for all adults, and it certainly isn’t suitable for children and most teens. All of us can and should pray for the people who work at and the women who go to Planned Parenthood clinics. It is important to realize that all abortion is satanic in inspiration. And it is helpful to understand that at least some of the abortions performed there are done in a satanic-ritual kind of way. This is infinitely more vile than most people realize. But to get those mental images stuck in one’s mind can be traumatic. On the other hand, Hitler never would have gotten as far as he did if the people had been more aware. Because they didn’t know, it was much easier to hide their heads in the sand (see SingLouderMovie.com) and believe the propaganda presenting the concentration camps as wonderful places for the Jews to live and work productively. So where is the balance? Discretion.

She was fully awake and was forced to feel the pain of the abortion….
What do you think the baby felt?
She changed her mind because the did not have the medicine for pain she wanted not Because she choose to keep the baby….
Terrible for me to say….but I cannot feel sorry for her ….at all…..