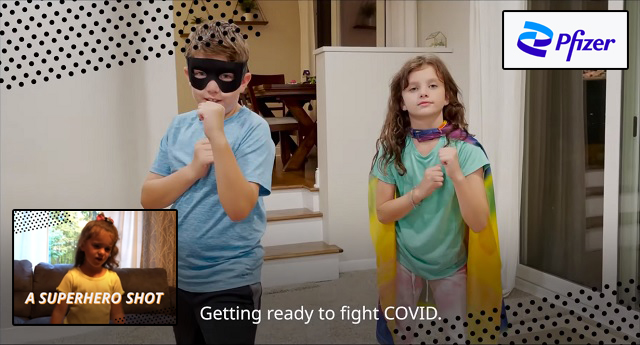 Pfizer is telling young children that their experimental mRNA covid injection will make them “superheroes” and give them “superpowers.”

The Big Pharma giant released this disgraceful propaganda ad for their “superhero shot” on Monday:

Did Maddie De Gray get superpowers after being enrolled as a guinea pig for Pfizer’s experimental injection?

She’s just one of many “superhero” children the supervillains at Pfizer used to test their experimental mRNA injection and then hung out to dry after suffering from horrible side effects.