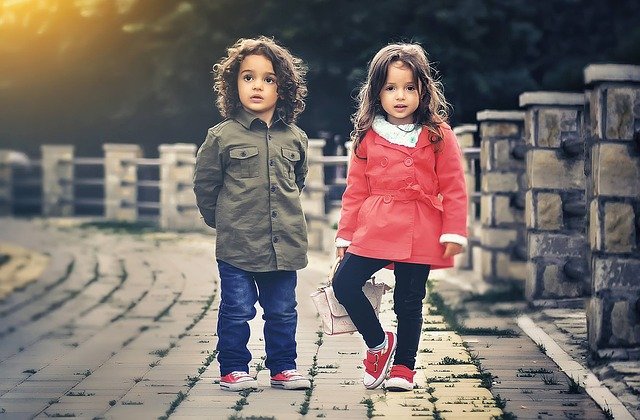 Recently I heard the Lord say, “The children will teach you”. Instantly I was reminded of many things the Lord has spoken to me regarding children for this new era, a mighty move of God through the children, the place of childlike faith and humility, and a move of His Spirit through the children could offend if hearts aren’t positioned in humility.

As the Lord spoke these words recently, I was surrounded by this strong sense of the Lord saying, “PAY ATTENTION TO THE CHILDREN”.

I had heard the Lord say this to me before in words I have released and when He spoke it again recently, I was surrounded by such a deep sense that He is releasing and will continue to release a deeper revelation of childlike faith, deep trust, and wonder to many, through children right now.

There are some life-changing encounters with the Lord and His voice for many right now that are going to come through paying attention to the children.

“At that time Jesus declared, “I thank you, Father, Lord of heaven and earth, that you have hidden these things from the wise and understanding and revealed them to little children;” – Matthew 11:25 (English Standard Version)

“Jesus said, “Let the little children come to me and do not hinder them, for to such belongs the kingdom of heaven.” (Matthew 19:14 – ESV)

“Jesus overheard them and said, “I want little children to come to me, so never interfere with them when they want to come, for heaven’s kingdom realm is composed of beloved ones like these! Listen to this truth: No one will enter the kingdom realm of heaven unless he becomes like one of these!” Then he laid his hands on each of them and went on his way.” (Matthew 19:14 – TPT)

The Lord showed me that there is going to be a ‘rearranging’ of PACE for many that are going to take place through paying attention to the children.

The Lord is going to release such a deep revelation of what it is like to live in “wide-eyed wonder” like a child to many right now that is going to see many by the direction of the Holy Spirit, change their pace, and make room in their lives for more time to sit at His feet in wide-eyed wonder, to slow down and be present and enjoy the little moments and not miss the beauty, revelation and His voice in the little things of every day. The Lord showed me through watching the children, the Holy Spirit will speak and there will be a rearranging of priorities for some that is going to make space for a new move of God in their lives that they have not anticipated or expected.

I heard the Lord say, “I am going to teach many of My people again the place of JOY in Me and FUN with Me.”

The Lord is going to meet many who have been heavy laden and weighed down by life in moments with children that are going to bring forth such JOY, an explosive joy within hearts that will see the Holy Spirit breathing life back into hearts in those moments as they are reminded again through watching children what it is like to have fun and to laugh.

Some of your prayers are about to be answered, hearing the voice of the Lord, deeper revelation, and lessons the Lord is wanting to teach, through the mouths of babes and watching them.

Pay attention to them! There are some monumental moments with the Lord set up for you by the Lord through children. Don’t allow distraction to rob you. Slow down and listen for Him closely, He’s speaking and revealing.

Thank you Lana Vawser for posting this. I am seeing this with my own daughters (ages 14 and 4). They have been having visitations from the Lord and sharing with me what He’s shown and said to them. WOW!!! God is so amazing! Things I never knew myself.

I agree with u child of God. I have seen my 4year old pray for her dad and rebuke sickeness out of his heart and literally he felt something moving out of him and he instantly got healed. She also rebuked pain from our beloved housel helps back and instantly the pain left and moved to her leg…she prayed again..and boom….its completely gone instantly and she was amazed at the power of God that heals…..may we keep humble enough to receive his communication through the little ones

Thank you Prophet Lana, what a timely word indeed. May this bring you all joy and a smile today!