You are here: Home » News » Jesuit Agendas » Political News » Paul Craig Roberts: Trump could have taken his case to the American people.
Share this post: 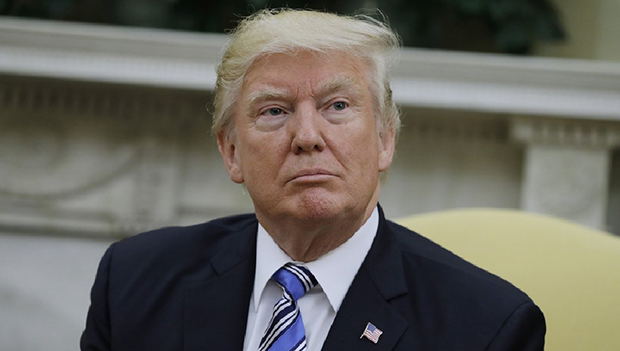 With the U.S. Congress almost unanimous in their support for sanctions against Russia, perhaps President Trump considered it a hopeless cause to fight back, but Paul Craig Roberts disagrees and even identified a game plan Trump could have followed. Of course, it’s too late now because he already signed the bill, but here are some things he could have done.

“Trump could take his case to the American people in a major speech and point out that Congress is violating the separation of powers, hamstringing the power of the presidency, and making it illegal for him to reduce the dangerous tensions that previous administrations have created with a major nuclear power.

Trump could also tell Congress that their law is unconstitutional and that he won’t sign or veto the bill, and if Congress persists he will take it to the Supreme Court.

Trump could also get on the telephone with the German politicians and corporate CEOs who have denounced the sanctions as illegal and intended to serve US business interests at the expense of Germany. He should tell them to force Merkel to announce that Germany will not accept the sanctions. The EU leadership also denounces the sanctions. Trump, with a little effort, can organize so much European opposition that he can tell Congress that as the President of the United States he cannot permit a collection of mindless morons, which is what Congress is, to destroy Washington’s empire by driving Europeans out of it. If Trump can get the Europeans to act, he can defeat the bill, which is really nothing but Congress’ service to its political campaign contributors in the military/security complex and the US energy industry.

Trump is a fighter. And this is Trump’s fight. He has everything to gain by rising to the challenge, and so do the rest of us. The entire world should get behind Trump as there is no one else to defuse the tensions that are leading to nuclear war.” (see the complete post)

Paul Craig Roberts is an economist and author who served in the Reagan administration as Assistant Secretary of the Treasury for Economic Policy.