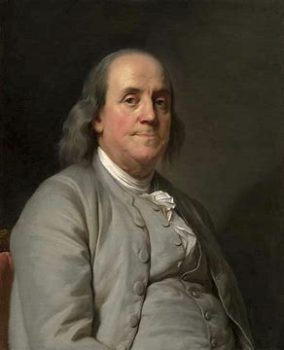 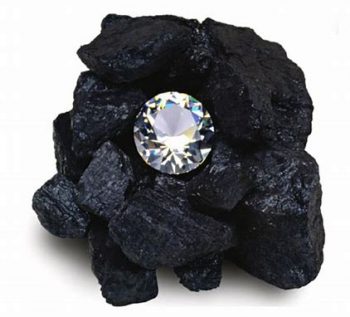 This dream he had November 16, 2020. Pastor Dana saw Benjamin Franklin outside at night, flying a kite among very stormy skies with lightning in the background with strong winds and a very, very light rain. The kite was an American flag, that seemed to be covered in a type of oil or it had like a greasy sheen on it. At the end of the kite was a small globe attached to a chain, almost like a key chain you would have. Hanging off of the flag, off the kite, wasn’t a key like benjamin franklin used when he first did his search for electricity. It was just a globe attached to a chain at the end of the kite. Franklin was holding the kite very steady in the rain. He was watching the lightning around him with very wide open eyes because he was paying attention where the lightning was, obviously anticipating a strike on something.

Suddenly, God’s hand appeared out of the heavens and grabbed the flag and squeezed around it in a very rough manner. It was just grabbing and squeezing, almost violently, and the globe was hanging like underneath his hand. You couldn’t see the flag in the hand of God who was squeezing the flag but there was a chain running out and down and the globe was hanging out. So as the hand was squeezing, the globe was shaking. The globe was hanging in His hand and flowing out of that squeezed hand, was a mix of like oil and water. It was a sheen you would see on an ocean if there’s been an oil spill on a body of water and as it squeezed out of the hand, the big hand, it just kind of rolled over the globe and fell back to the Earth. The rain and the lightning behind it was illuminating. It was like something, maybe oil, was was coming from heaven. Instead of rain, because of the sheen that was on the flag, the hand kept squeezing rolling back and forth. Squeezing and rolling back and forth with the flag inside, with sifting going on inside. You could hear things like shifting and sorting and moving in the hand.

Then the rain stopped and the hand opened up to reveal several large diamonds. There were large chunks of what appeared to be large chunks of coal. There was also a lot of trash in that palm, almost like it was covering the diamonds and then God reached down and just went with His hand and with His breath and a lot of that trash just went flying away from His hand. The only thing left in His hand was the diamond and the coals. Then He lowered his hand to the Earth and He rolled out the items in His hand and the diamonds were about the size of vehicles and the coal pieces were about the size of large boulders. The coal was not as big as the diamonds and they were each laying on this beautiful, green, luscious, healthy looking grass. The diamonds were shining in their brilliance. It was still night. The rain had stopped. The coal had no shimmer, had no glory about it. It just stood out, though in great contrast to the diamonds. You could see that they’d been squeezed but had not made the cut into diamonds so you could see the intention that this coal had been pushed, had been squeezed.

Franklin was standing there admiring the scene and he solemnly said very clearly, “I guess we are no longer a republic.”. The Father spoke and said, “No it’s mine now. No it’s mine now, as is the whole Earth.”. Franklin asked, “Where did the globe go that was attached to the flag?”. The Father spoke and said, “It’s still being pressured for now but will it will be released in good time.”. Then He said, “Franklin, keep your glasses on your eyes sharp and stay committed to the captain.”.

This dream gave Pastor Dana some hope. ‘We know that eventually there’s going to be some some antichrist work going on. The spirit of antichrist is already here according to 1 John.’ Items continue to appear in his dreams – the American flag, historical figures, the kind of nation that we were at times. When Franklin said, “I guess we’re no longer a republic.”. The Father’s voice said clearly, “No, it’s mine now, as is the whole Earth.”

Then Franklin asked where the globe was that had been attached to the flag and the Father said it’s still being “pressured for now” but it will be released in good time. Keep your glasses on, your eyes sharp and stay committed to the captain.

One thing Dana does know is that he is seeing headlines. He just feels like he’s supposed to share these dreams and trust the Lord will help people receiving the dreams to understand what they mean. He is working with other people to do interpretations. He thinks his job is just to have the dreams and share them. He understands he is responsible for them, but he also encourages people to pray about what each person does with the dreams.

He had someone that called him and was furious that he sold property and then he bought property here and there. Now things aren’t happening and the person was angry with Dana. Dana never told people to do anything. He gave three recommendations: and that was
1) get some storable food
2) buy guns and ammo (which every election year you know those things are going to be hard to get and you can’t buy ammo or guns right now)
3) get silver or gold because he doesn’t think anybody who’s watching right now has absolute confidence in the American dollar.

When you’ve got Trudeau and Schwab encouraging people to be thankful about all these COVID lockdowns which has made it possible for a “Great Reset” (and those are the words they’re using).

He shared in his prayer time this morning that there was an MP in Great Britain from the UK who basically said you to make sure that if you don’t get a vaccine, you can’t work. Now that’s tyranny and that’s also the spirit of antichrist at work in our country right now.

So just pray about the dreams. Do with them what you want. Dana has been to enough places around the world and has understood and studied communism and socialism. He doesn’t think anybody in their right mind wants communism or socialism of any sense in the U.S. If you don’t believe him, talk to people in Venezuela, talk to the people who are Holocaust survivors, talk to people who lived in Russia, Poland and Albania. Some of those nations spent centuries under communist and socialistic rule.

Ive posted before. Im still hoping with 100% faith Dec 17th happens. Ive not had any motivation in financial success or work. What is money worth when freedom is lost?
Two strikes so far.
If Dec 17 th is just another day in the Most Corrupt government in our lives…….im just gonna stick to prayer.

The dream is about the global oil industry being a ball and chain around the US economy-as we saw happen last spring when flights, cruise ships and car travel shut down,, oil crashed and it took down the market down. God is going to do a new thing with energy-perhaps even coal will be used to usher in this new form of energy. Benjamin Franklin discovered electricity. So it’s all about discovery of a new energy source that will turn “coal into diamonds. “ Carbon and vehicles? Since the diamonds were like the size of vehicles, as the US amps up EVO car production, TESLA as one example, our economy will boom. President Trump is implementing and accelerating this by inviting Japan into the Detroit auto industry. It’s exciting. Kim Clemente priohesied before he died of a new energy source that would make America prosperous.He said it would have the word Ludacris in it. Tesla has a Ludacris model that accelerates at lighting speed. This new source of energy will help America become free from the ball and chain of OPEC and Middle East power grabs. The transition from fossil fuels may be difficult-thus the rain and lightning, The earth just could not bear up over the war over oil anymore. So as fossil fuel cars fade out, evos will be ushered in. It must be gradual, or we will have mayhem. Green New Deals are a race which will cause mayhem. Used car lots with unwanted fossil fuel cars, and bankrupt gas stations would be chaotic. Wisdom is needed, so keep your glasses on and keep moving forward, but at God’s pace, not man’s. It’s going to be a bumpy ride, but the earth is the LORD’s and everything in it, so he will make a way.

I thought the diamonds were the Christians that come out of the shaking and hardship in the United States.. Coal turns to diamonds when there is enough pressure. And He is about to put the pressure on us. We are to keep our eyes on God..

Yes, i see it the same way. But the coal that was put on the earth with the diamond tells me that the pressure will not be able to turn all to diamond. Therefore, let’s remember the whole message: Keep your glasses on, your eyes sharp and stay committed to the captain.