You are here: Home » Babylon » 1st Beast is Obama » Obama Dividing America from Within and Without Federal Government
Share this post: 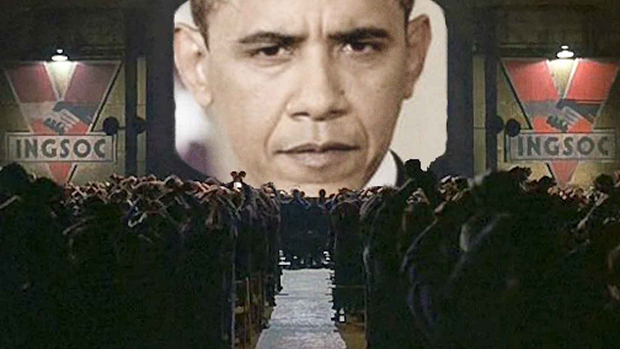 In December 2013, I received a prophetic dream showing civil war coming to the United States, including several specific warning signs to watch. The signs included high levels of unemployment, increased government regulations, and devaluation of our currency, even despite the Fed’s efforts to prop it up.

We have seen increased unemployment, especially among millennials, although the real numbers are hidden by our corrupt federal government agencies. We’ve also seen a dramatic increase in government regulations, mostly due to Obama’s communist policies. Fortunately, President Trump’s administration has been unable to undo some of those policies, but seems unable to kill the biggest one, Obamacare. Currency devaluations are coming, but we’re not there yet.

We have moved a giant step closer to what I saw in my dream as our country is far more divided today than we were in 2013. The rift grew exponentially during the eight years of President Obama, by far the most divisive President in our history, but at least his opponents were willing to submit to our Constitutional process and the rule of law. By contrast, Trump’s opponents are not willing, which is why the bitter divisiveness has increased since his election, not only among the people, but also within the government.

For the first time in our history, the former President did not leave town after leaving office. Obama moved just two miles from the White House where he set up his shadow government headquarters. His organization, Organizing for Action (OFA), is actively resisting just about every policy initiative from President Trump. However, Obama’s divisive tactics are not just outside the government. Many of the people he appointed to run federal government agencies are still in place and still loyally following his policies, even when it means openly defying the new President’s orders. For example, consider what is now happening within the State Department.

The State Department is said to be in a state of “massive dysfunction,” with top officials working under Tillerson ignoring White House directives on critical staffing issues and key policy matters, according to multiple sources, including administration allies who are said to be increasingly frustrated with what is perceived as the White House’s inability to control its own federal agencies.

The tensions have fueled an outstanding power battle between the West Wing and State Department that has handicapped the administration and resulted in scores of open positions failing to be filled with Trump confidantes. This has allowed former Obama administration appointees still at the State Department to continue running the show and formulating policy, where they have increasingly clashed with the White House’s own agenda.

“On Iran they refused to lay the groundwork for tearing up the deal, on Qatar even Obama’s holdover ambassador was tweeting criticism of Trump, and on Israel they say we’re going to upgrade U.S. relations with the Palestinians and won’t even condemn Palestinian terror incitement,” said the administration adviser. “Even Trump supporters are beginning to worry, what if the president simply can’t make the State Department implement his policies?” (Source: FreeBeacon.com)

In the following 2-minute video clip, author Tom Horn summarizes the current state of our nation, rightly identifying Obama as the main culprit.

“We’ve got something going on now in Washington DC that never has really happened before in the history of our nation. We’ve never had a former President, who as soon as Trump took office, moved two miles across town, set up an office and is working with what’s called the OFA. I think it’s his agitation group, 30,000 people, 250 offices nationwide. And they are literally running a shadow government, third-term pseudo-Presidency that is literally committed to trying to resist the Trump administration on every level.

And so, when you’re looking at these kids that are starting fires on college campuses, they’re actually getting paid. They’re actually drawing money from both the Obama foundation and the work that Obama’s doing, as well as George Soros, who has committed something like $80 million to send these people out on the streets to start fires. It’s fascism basically.

But we’ve never had a President come to office that wasn’t even given a chance. From day one, the first one hundred days, academic studies showing that 98% of all of the top ten major news coverage has been negative against Donald Trump.”

Obama has clearly demonstrated he has no intentions of going away. He is on a mission, and fully intends to complete it.

America has entered uncharted waters. Jesus warned, “If a kingdom is divided against itself, that kingdom cannot stand. If a house is divided against itself, that house will not be able to stand.” Unfortunately, Obama and his followers seem to be the only people in our nation who understand that. Many Christian leaders surely don’t get it. They’re publicly proclaiming judgment has been averted, America’s greatest days are ahead of us, and all is well. I want to ask them what planet they live on because the one I see is looking more and more like what God has repeatedly warned me is coming.

Synopsis: Good morning, I’m Still reporting on the coup.
We’ve never done this before, but Beth just got in an emergency call to prayer from one of her prayer friends and when she read it to me, we both felt the Holy Spirit move and literally got on our knees to pray for the protection of our President.
The following is from Beth’s friend:
“This morning while out for a early morning run, It was suddenly impressed upon my heart to STOP AND PRAY FOR PRESIDENT TRUMP.”
“As I obeyed the prompting of the Holy Spirit I saw President Donald Trump being shot on a golf course.”
“As you can imagine I was immediately moved to begin to prayer with great fervency and urgency over President Trump.”
“I saw a man holding a high powered rifle standing well camouflaged in a thicket of small trees and bushes, then I heard in the Spirit realm a clear sound of a gun being fired.”
“As I continued to pray I felt lead by the Holy Spirit to share what I saw. I trust that many of you will test and weigh what I have submitted and you will pray as the Spirit leads.
Much Love and Blessings to you ALL.”
[Pray]

Obama has been following Trump around the world meeting with leaders after President Trump has met with them…sowing the discord world wide.

RE: BHO, the one I call the son of satan (SOS). A most dearly beloved sister in the LORD, who maintains a running dialog with the Most HIgh, has stated multiple times that Mr. Trump will not be president for long, though she declines to say for how long. The LORD has shown her in detail what is to befall this nation, and my friends, there is NO way we can prepare in the material sense for what is coming. Everyone here KNOWS the type of preparation that MUST take place: SPIRITUAL PREPARATION. Cling to the LORD. SEEK the Holy Spirit with EVERYTHING that is in you. PLEAD WITH HIM to “empty” you of SELF, so that you become as Messiah Jesus, who spoke NOT His words, and ONLY did the Will of His Father who sent Him. IF WE ARE NOT WILLING to die to self, so that the MOST HIGH can live in and through us to achieve His Will during the times to come, negotiating that which is upon us by self is frankly, COMPLETELY NOT POSSIBLE. We will have neither the strength nor courage to stand firm when challenged regarding the hope that is within us.

There are not enough words in any language which can describe the horror to come. If I may, I recommend a book about a true intercessor for the LORD: Rees Howells, Intercessor, by Norman Grubb. Read what the LORD asked of Howells. Read of his personal struggle to die to himself. THAT is what is necessary for this time.

I am on a 90 day period of focused prayer. The length of time is my personal assignment, so I’m not saying others should do the same, but I am PLEADING with all to pursue the path of seeking the POWER of the Holy Spirit so that we may each give faithful testimony when confronted by the very highest powers of darkness. love to all. bert

Today there is a protest going on in Kentucky regarding the closing of the last planned parenthood clinic. Satanists are coming out to support planned parenthood and Christians are there to inform the public and sign praises to Jesus. Please pray with them and for them!

There are a couple ministries working together there and here is an interview of one of the activists that is a Holocaust survivor and her take on the whole situation. Very convicting and inspiring!!
https://youtu.be/HEaDvFFAdXc

OBAMA IS the Host body for the AntiChrist he will rule more than likely the world through the UN!!!!

“Why does the left seek to support radical Islam so ardently? Because the left believes that the quickest way to destroy Western civilization is no longer class warfare but multicultural warfare: Simply ally with groups that hate the prevailing system and work with them to take it down. Then, the left will build on the ashes of the old system. In this view, Dawkins is an opponent “

True Matt. Wonder how the pagan/secular men of Europe are feeling after their daughters/wives/sisters are groped and raped by “migrants”.

Western Europe will be what we become without a revival/awakening.

Pagans beg for pain, all day long. They just don’t know it.

Sorry if this offends anyone.
“The wicked walk as in darkness, they do not know at what they stumble”, the Bible.

A picture is worth a thousand words https://www.theburningplatform.com/2016/05/10/watering-the-tree-of-your-own-demise/

Wow Matt – the picture of the person watering the tree looks very very much like what is happening. Kept looking for the Miracle Grow 🙂 Thank you and God bless you.

James, very insightful. I pray everyone will get serious with God while there is time, which we may not have much of. Would really like to share with you some things God has shown me. Please contact me, if you can. Called as a prophetess at age 21, now I am 53 and have had so many dreams, visions, etc., not sure where to share them. Thank you for your ministry.

Jonathan Kleck has a new vid titled ”The Antichrist Will Return Amidst Engineered Anarchy ” talking about Obama–https://www.youtube.com/watch?v=AbZbTaMbsF8

Thanks for posting. I listened to it. Great info !