You are here: Home » Prophecies » Now is your time and your turn to make history! 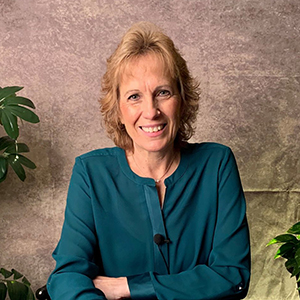 If you see the devil’s schemes to kill and destroy your children, then you are being called up. Heaven’s host is handing out scepters to those who hear this call to lead the charge to breakthrough. It is the parents, both in spirit and in the natural, that are being endowed with an authority that defies those who seek to rob our children of their inheritance and promise. It is not the politicians or pundits who have been given this charge, BUT YOU! It is the parents that have QUALIFIED for this supernatural authority to break the back of the enemy!

IT’S YOUR TURN to take center stage and determine the purposes of the generations. YOU have the favor of heaven to stand against the enemies of God and powers of control. YOU have the voice that carries weight in the heavens to SHIFT and TURN BACK the devil’s momentum.

RISE UP moms and dads! RISE UP and take a righteous stand for heaven’s sake! Do not wait! Do not stand BY, but stand UP and raise your voice of authority to resist the powers of manipulation and oppression over our sons and daughters. NOW is the day of deliverance. NOW is the moment of decision. NOW IS YOUR TIME AND YOUR TURN to MAKE HISTORY and leave a legacy that will endure for generations.

That is the phrase I heard upon WAKING the other morning.

The reason that Truth sets us free (John 8:32) is because it’s SomeONE that does it, not someTHING. If we want “the truth to come out” and be revealed, it can only come through the Spirit of Truth, the third Person of the Trinity. This goes beyond INFORMATION to REVELATION. It is the revelation of HOLY SPIRIT as the source for all that is true and good that will set the captives free. THIS is the Great Reveal that is commencing.

Not only is TRUTH being revealed for who HE is, but the FATHER OF LIES will be exposed for who he is. It is not just the false agenda and propaganda that will be unveiled, but the DEMONIC INTERFERENCE that will be unmasked and uncovered for all to see. The deceptive schemes will no longer be camouflaged as lofty philosophical ideas, but as bloodthirsty plots from the gatekeeper of the abyss. That which has been presented as political and societal battles will be clearly seen as the choice between two BEINGS – the Author of TRUTH or the father of LIES – the Giver of Life or the slave driver to Death.

When people are truly AWAKENED, they will understand and acknowledge that TRUTH is a HE, and not an “it.” The stark difference between these two choices will be made abundantly clear and all doubt will be removed. Not only will minds be changed, but HEARTS WILL BE TURNED and transformed by HE WHO IS – and always will be – THE ONLY TRUTH that LIVES FOREVER.

Wanda has been in ministry for over 35 years as a worship leader, teacher, author, ordained minister, deliverance counselor, and speaker. She is a recognized fivefold prophetic minister and a former field correspondent with Intercessors for America. Wanda is answering a call to speak to the body of Christ about the mountain of government through teaching and an impartation of wisdom. She contributes to numerous national publications such as The Elijah List, Charisma Magazine, Spirit Fuel, and 7M Underground. She has produced five books, numerous video and audio teaching series (available through Wanda Alger Resources), and regularly posts prophetic words and teachings on her blog which now reaches over 175 nations. You can also find her on Facebook.