Jimmy Dore told Joe Rogan on “The Joe Rogan Experience” podcast that months after receiving the second dose of the Moderna COVID vaccine, he continues to suffer side effects including fevers, body aches, exhaustion and a stiff neck. 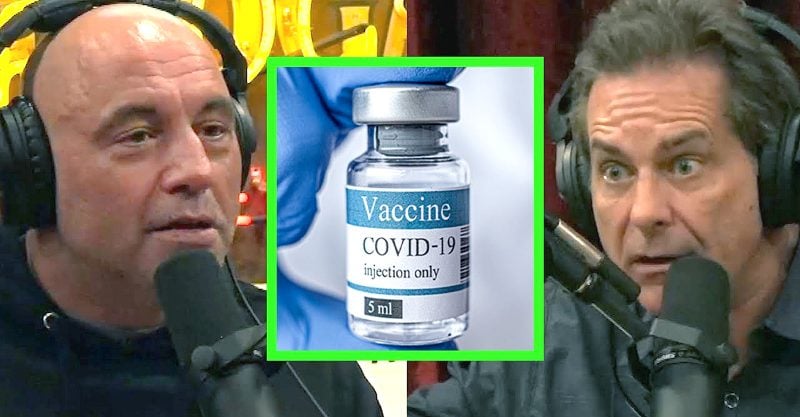 American comedian and political commentator Jimmy Dore told Joe Rogan on “The Joe Rogan Experience” podcast that the side effects he experienced after the second dose of Moderna’s COVID vaccine never subsided.

Dore also said he was attacked online and called “anti-vax” when he tweeted about his adverse reaction to the shot.

Dore said he got the COVID vaccine because he has an underlying health issue — a rare bone disease called hypophosphatemic osteomalacia — so his doctor recommended it.

No, I don’t trust the government or Big Pharma, said Dore, but I trust my doctor “who saved my life.”

After the second jab, which he received in April, Dore told Rogan he continues to suffer from fevers, body aches, joint pain, exhaustion and a stiff neck.

Dore said he was also told by a doctor he has brain inflammation that’s likely caused by the spike protein in the Moderna vaccine.

Dore said he tweeted about his symptoms to see if others had a similar experience.

I had my second Moderna shot last Saturday, I am still experiencing flulike symptoms, bodyaches, mild headaches, & waves of exhaustion that come out of nowhere. Should I be concerned that this is lasting for a week? Anybody else have similar experience?

Update: Got my 2nd moderna shot 4/17/21, have had body & joint pain & general flu like symptoms ever since, most recently experiencing wicked stiff neck on same side the shot was administered. This is over a month now.

That’s when the backlash started, Dore said. “People started to call me ‘anti-vax,’” he said. “I’m like, ‘No I got the vax.’ When people have a reaction to an experimental vaccine that is not FDA-approved, you’re supposed to not suppress the reactions. You’re supposed to ask people what the reactions are so we can make the vaccines better.”

Dore said when he contacted his doctor about the side effects of the shot, his doctor said he was treating five people just like him, including a neurosurgeon and a nurse.

Talking about the side effects of COVID vaccines is a “nutty, divisive issue,” said Rogan.

“People are so rabid online,” said Rogan. “They’re furious if anybody talks about any negative side effects, even if it’s accurate.”

“It’s also putting people in a position where Big Pharma is the good guy now, which has never happened before, especially the exact same companies people were openly criticizing in the past and pointing out lawsuits they lost for hiding information about test results and things that have happened during studies. And these same people are now ignoring any possible side effects.”

For example, when asked about “vaccine misinformation” being spread on social media, Psaki said in a White House press briefing on July 16 mRNA COVID vaccines “are approved and have gone through the gold standard of the FDA approval process.”

“You can’t say that when you’re the White House press secretary because that’s not a true statement. It’s approved for Emergency Use Authorization because we’re in the middle of a pandemic.”