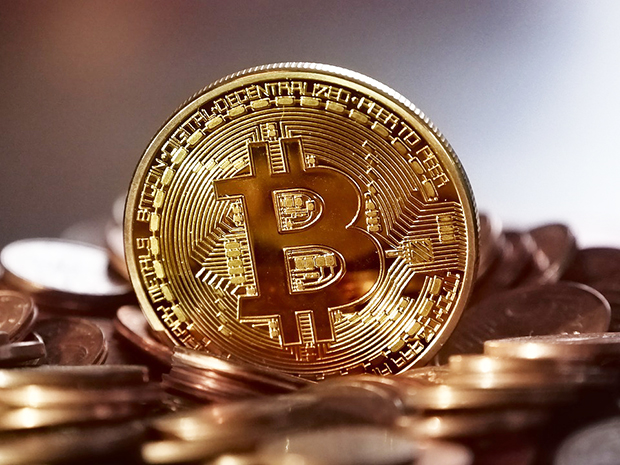 Bitcoin prices have skyrocketed this year. In December 2016, prices were below $800 per coin. Today, it closed at $5957. However, the National Inflation Association (NIA) is now forecasting a crash in prices due to the market getting saturated with too many similar products. They sent out the following email today:

NIA has just shorted a large amount of Bitcoin at $5,950 and is also attempting to short Bitcoin Investment Trust (GBTC) here at $704.40. NIA believes that a Bitcoin crash could be imminent. There has been a rumor going around for the past month that Amazon will announce in its earnings conference call this evening that it is beginning to accept Bitcoin as payment. There’s a 95% chance that this won’t happen, but even if it does there will likely be many people dumping Bitcoin on the news anyway – causing Bitcoin to crash regardless.

NIA perfectly called the start of Bitcoin’s massive rally back in May 2016 at $530 and right now we are predicting that a crash is imminent!

After this week’s disastrous hard fork that spun off a new version of Bitcoin called Bitcoin Gold, which crashed by 76.7% in a single day after Bitcoin enthusiasts realized it is not backed by real gold – the greedy Bitcoin community is becoming increasingly desperate to keep the price of Bitcoin artificially inflated. It was just announced that a new Bitcoin hard fork is being scheduled for December, which will spin off a new Bitcoin clone called Bitcoin Silver. No, this is not April Fools’ Day.

We can assure you that Bitcoin Silver will not be backed by real silver. There is no legitimate need to spin off a new coin called Bitcoin Silver. Bitcoin developers are attempting to once again manipulate the price of Bitcoin higher by promising people more free money, but NIA is confident that it won’t be able to fool the public again like it did with Bitcoin Gold.

Prior to the December hard fork of Bitcoin Silver, there will be a hard fork in November that spins off a new version of Bitcoin called B2X. This hard fork will be the most damaging to Bitcoin, because B2X is expected to challenge Bitcoin to become the main Bitcoin blockchain with the most hashpower.

I’ve only been on NIA’s mailing list for a few months, but so far have been very impressed with the results of their recommendations.

Their Bitcoin forecast confirms prophetic insights shared in comments posted on Z3 News by Z3er Phanuel. On October 22, he reported seeing Bitcoin at $2740 and $2688. Previously, he reported seeing it at $2339 on July 30, 2017. No dates were revealed, but since those prices haven’t been fulfilled yet, they could be coming soon, but the price would have to drop by more than half. The prices Phanuel saw are all close to the 200-day moving average, which is currently close to $2420 and climbing.

This is not a recommendation for investing.

© 2017 – 2020, Z3 News. The first 200 words of Z3 News articles may be shared online in exchange for a clickable link to our site. Please include the author name and do not make any changes to text or titles. No image files from our site may be shared because we don’t own them. For permission to use our content in other formats, please contact us.

So NIA saying btc is going to crash, is like saying there will be another lunar eclipse.

I’m also tired of these people that declare hard forks are just “free money” and inflation in btc. And that the 21 million cap is meaningless. This is such a mindless argument.
hard forks create an altogether separate crypto currency. With totally different valuations.
Just because they slap on the “bitcoin” moniker onto their new crypto currency doesn’t mean it is going to supplant btc anymore than the mind numbingly endless ICO’s coming out of the woodwork every day

if the first HF bitcoin cash can’t even begin to approach the market cap of btc then you can be sure that subsequent HF’s are going to be little more than pump and dumps.

Again…btc is going keep hitting higher highs with dramatic pull backs on the way
if you have the stomach for it you can buy on the dips and sell on the next all time high
if you do that…you also need to make sure you are ready to be Johnny on the spot with capital gains declaration for EVERY single sell transaction you do. This is no joke…the IRS is going to cream people that don’t do this. You could not only go to jail for tax evasion they could revoke your passport.

NIA also seems to think the upward price in Bitcoin was mostly influenced by speculation that AMAZON would accept Bitcoin. But in reality the upward move in Bitcoin was fueled by people who wanted to buy it to get more Bitcoin Gold. But both could have been driving the price upward and other things of course also. Just my opinion.

I dont know a single person who invested money into bitcoin recently for any amazon factor. Everyone is investing on getting free money from the split and selling it for more bitcoin or other crypto.

Nobody who invests in crypto thought bitcoin gold had anything to do with actual gold. Bitcoin is not crashing anytime soon. Its next top on the leg up is around $6800 before a 30-40% drop and higher tops after that. For anyone thinking tether is a good option, be aware that it is not backed 1:1 by USD or Euro. They have been sued for that as well. BTC is still in its 1 week uptrend cycle. Next leg down should be in about a week, but far from a “crash”. Excellent play for traders

I won’t be so confident that bitcoin isn’t crashing soon.

How do you define a crash? Its a trade that has big uptrends and downtrends. Its a traders dream. If the US stock markets had swings like bitcoin then there would be good money to make there

Phillip
I see what you are getting at. I have seen btc as high as 27478. So this next “crash” (downturn is a better term) is for many new investors. We are on the same page. I was thinking short term … you are thinking longer term.

Phanuel, yes agreed. It will have a downturn and im sure the next downtrun will be before it reaches the $7K USD mark. This has been the same pattern of gains and 20-40% pullback cycles it has gone through. Too much big money is invested in bitcoin and cryptos for them to go away at this point. It is here to stay. Other ICO coins with no real value are likely to be gone 6 months-1 year from now. I expect crypto will be less than 50 surviving coins when it comes down to it

Phillip, yes, the swings are a traders dream. Unfortunately for cryptos, because the short term trading is still nascent, a lot of people get hosed trying to play the swings now because of the tremendous time lags in entering the order and the eventual execution of the orders. There are a few platforms working on having near instantaneous platforms(like in equities) for trading cryptos. When that materializes, then then the day traders will really be ecstatic. The other thing about playing those swings is knowing the kind of trader you are psychologically. Sometimes you might have to wait months for entry again. Not many have the make up to wait that long without the daily torture of “I wish I would have stayed put” … 🙂

If anyone users Tether it should be for short term trades and not for a long term holding. I found out that the HIT BTC exchange is another way to cash out for traders who want an exchange where a move in and out of bitcoin is possible.

I was aware of NIA several years ago, and although they may be accurate in the recent predictions, They also suggested Canadian Zinc, which I still have some. I realize this was for when the Silver market was higher in 2011? and the Equities had done quite well. But please be cautious with them. That said, I can’t argue with their point that bitcoin could be over valued, and deluted with the silver and gold bitcoins.

Thanks for the background info Stephen.

If you want to get out of bitcoin fast and you do not have any other way to do it, please consider just a normal bitcoin exchange like Bittrex or Poloniex and trade your Bitcoin for Tether: https://coinmarketcap.com/currencies/tether/

This locks in your value and you can Trade Tether back for Bitcoin after B.C. drops in value. Of course you may have capital gains issues to deal with later if you do that.