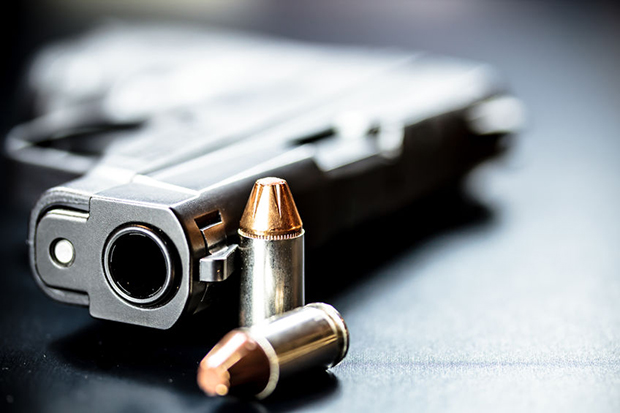 By a unanimous vote yesterday, San Francisco’s Board of Supervisors passed a resolution declaring the National Rifle Association (NRA) a domestic terrorist organization and urged other cities to follow their example.

San Francisco’s local KIPX channel 5 news station reported the vote was mostly symbolic and that city officials were ordered to “take every reasonable step to limit” business interactions with the NRA and its supporters. (Source: SanFrancisco.cbslocal.com) The report did not identify who gave the city officials their  orders, but it sounds like important information that should be included.

The Board of Supervisors based their actions on what they claimed was a failure by the NRA to take more actions to restrict gun ownership following recent mass shootings, such as the one in July in Gilroy, CA. However, mainstream news media coverage of the mass shootings always fails to report the testimonies of eye witnesses, even those who captured the events on video, that contradict the narrative fed to the public.

Anyone seeking to stop gun ownership should consider the following quote from one of its’ greatest advocates:

“This year will go down in history. For the first time, a civilized nation has full gun registration. Our streets will be safer, our police more efficient, and the world will follow our lead into the future!”

Adolph Hitler, 1935, regarding The Weapons Act of Nazi Germany

Gun ownership is a Constitutional right of every American citizen and is necessary to protect us from our tyrannical federal government, the same ones who are planning the mass murder of the American people, as God revealed to me through a series of prophetic dreams. In other dreams, God revealed that the mainstream news media is being used as a tool to help accomplish that goal. Anyone listening to their reports, including the whole political spectrum from left to right, is submitting to voluntary indoctrination and mind control.

Excellent article and the reference to Hitler was especially enlightening showing us we need to remember history lest we lose what freedoms we have left. If anyone might be interested a local California evangelist named Mario Murillo also has more on this subject. Mr. Murillo grew up in San Francisco, started his ministry in Berkeley and has witnessed the startling decline of S.F. in recent years. His article is entitled “When Domestic Terrorists” at mariomurillo.org

LoriQ
Reply to  John the dreamer

Without any doubt, John. Just keep telling people NOT to give up their guns. Once they succeed in this arena, most of us are in serious trouble. God is our Safe Place. May we all dwell in Him.

Something that’s always been on my mind has been guns for the future. I wonder had anyone had any revelation to store it in a safe place or hide it so when the future plays out and guns are banned those of us few will still have them?

John the dreamer
Reply to  Ali

Ali pray about it bro you may have already been told. Ammo is good and shall be a highly barterable commodity.

I would caution against bartering ammo Brother. Coffee, salt, sugar/honey, heating fuel and batteries or useful skills would be better to trade than precious ammo. Plus you you go to the top of the list to be robbed and whacked first if people think you’re protecting anything of value, especially with guns. Keep the rule of HIPS “Hidden In Plain Sight” in mind.

A way to avoid gun grabbing is to legally purchase an 80% lower and manufacture your own weapon if you live in the USA. (*check you local laws).

Just curious what is an 80% and lower?

Rick Joyner recommends .22 shells for bartering (like in the great depression, even a moose can be dispatched with a .22 when shot in the right place [eye]). Rick jokingly says he’s in trouble if there ever is a fire.

Pvc pipe capped at one end. Stand up-right. Place in rifle. Drop in some dry ice (displaces oxygen as it is heavier. Once dry ice has displaced O2, put a couple off boxes of ammo in that go with it. Cap and Bury.

Christopher Harris Aust. site Survive the Earth Changes had a video back at the beginning of the year 2019 titled ; Get Steel – ready to defend yourselves & your loved ones if necessary in time of severe threat… We need a Hiding place & a bunker.

Dave Hodges ( Common Sense Show ) had an interesting article few weeks ago – re a lady in Qld .Aust wrote to him re the threat of China & how they came for our baby milk formula.. They love our natural resources ..apparently Aust is termed the new China by them. Also China is teaching their people to despise Christianity. Included that subject as well.

Use Cosmoline to coat the firearm inside and out to prevent rusting (while buried). Remove before use (firing).

John Howard ex PM removed many guns from our society years ago. While this has certainly prevented murders of innocents, we are defenceless. If China or Indonesia want to invade we are sitting ducks. With a massive coastline our pitiful Australian defensive forces would be hopelessly inadequate. That’s my assessment and I don’t think I’m too far wrong. God bless USA, Phil

Agree with you Phil – Sydney …yes my son & myself remember very clearly re John Howard ; I think the year was 1996 ( National Firearms buy back occurred) spurred on by what I feel now was a Psych op.. Planned one which was the Port Arthur Massacre.. it was only after many years that I read a lot of research articles re the whole thing & that perhaps like with all of them : there was more than just 1 gunman / the accused & convicted one.

* agree also re the China ,Indonesia threat .. Christopher Harris dream / vision ? May 2018 . Also Pastor Daniel Nalliah Melb Vic. also had a dream re a Chinese invasion from the North only in maybe Jan/ Feb 2019 which confirmed Christopher Harris First post : and also confirms the Jack Burrell Prophecy of the 1970’s.too obvious I think of the threat from China& 1 other..) Joel Skousen Geo- political expert from the states also has many videos re the China threat to Aust. & their agenda. + a website.. Very informative. We need to prepare physically & spiritually for our life’s sake & sound the alarm for this country.

Hypocrisy at its best!

Oh, the irony of holier-than-thou Progressives throwing mud at the NRA whilst atop of their mountain of trash, garbage, feces and needle-infested dung heap. These ivory-tower hypocrites can’t even keep their own citizens safe (Kate Steinlee) and their city streets clean. Yet they have the temerity to berate and lambast an organization that works to ensure, We the People, still have a few gun rights left to temporarily stave off the tyranny of our own government.

The Founding Father’s understood the insidious and nefarious tyranny that rears its ugly head from government’s seeking to enslave their citizens. The Second Amendment was written for a reason – all free persons must understand that liberty isn’t always guaranteed nor free.

Well stated, LoriQ. The City Supervisors should rather spend their time, effort, and energy focusing on the momentous problems they currently face as you stated, rather than on law-abiding gun-owning citizens that may well help protect their city, since the city is grossly inadequate at accomplishing that themselves. Instead, they should reward gun owners with tax breaks for helping keep the city safe.
Rather than standing idly by and allowing this ideology to spread, maybe the rest of us should ban together and cease doing business with companies headquartered in San Francisco.

Agree with you, SAC.

There is a nefarious agenda (UN, Luciferians, NWO) to disarm law-abiding gun owners in this nation. We stand in their way of turning the USA into a disarmed third world garbage heap; freedom-loving citizens will be annihilated. They cannot allow us to run amok amongst the lobotomized minions for fear that we will infect them with ideas of freedom, liberty and other wild flights of fancy.

Resist the evilness that is already here slithering amongst the unknowing masses.

Before governments enslave and tyrannize their populace, they come for the guns first (ie. Hitler’s Germany to name just one).

Thank you for this