You are here: Home » News » Jesuit Agendas » Fake News/Propaganda » Media: ‘Hardcore Vaccine Refuseniks’ May Need To Be ‘Deradicalised’ Like ‘Terrorists’ And ‘Punished’

The UK media is running reports citing “experts” insisting that “hardcore vaccine refuseniks” may need to be “deradicalized” like “terrorists,” “punished” and subjected to vaccine mandates.

This is just the latest in a string of progressively escalating terroristic threats being directed at people who don’t want their body violated by Big Pharma.

A “deradicalisation” programme like those given to former terrorists or cult members might be the only way to dissuade some hardcore antivaxxers from their beliefs, according to one psychology expert.

Around six million eligible people in the UK have not received a single jab a year on from the first Covid vaccination being given in the UK.

Professor Stephan Lewandowsky, chair in cognitive psychology at the University of Bristol, was keen to stress that many of those are likely to be “marginalised” people who are “very difficult to reach for anything”, and for whom access is likely to be the biggest issue rather than psychological or ideological factors.

But for a small section of “hardcore refuseniks”, he said, it may be difficult to reach them by conventional means because their beliefs are so ingrained.

He told the PA news agency: “They’ll refuse anything – ‘I’m not going to wear a mask’, ‘I’m not going to get vaccinated’, ‘I don’t think climate change is happening’, ‘Covid is a hoax’, and, you know, ‘Hillary Clinton is actually a reptilian shapeshifter’.

“You’re getting to people who hold a cluster of very exotic beliefs – now, they’re very difficult to reach.”

Measures that could be used to reach more moderate people who remain unvaccinated, he said, include assigning vaccine appointments to people rather than asking them to book their own, or setting up pop-up clinics in places like supermarkets or shopping centres.

Another measure would be introducing a vaccine mandate, which he said “will disgruntle a few people” but “can be effective”.

Professor Stephan Lewandowsky cares deeply about your health (but clearly not his own).

But for those with more extreme views, he said, those methods may not be effective.

He added: “In the ideal world, time and money permitting, you can engage even those people in a very slow, long-term process where you affirm their right to have those beliefs… rather than telling them something about themselves they don’t want to hear, let’s put it that way.

“So you tell them something positive, and then engage in what is effectively the same as a deradicalisation process for former terrorists, or cult members.

“Because we’re really talking, when we get down to that small number of committed refusers, we’re talking about the psychology of cults and extremism, and it’s a very similar psychology.”

Mr Lewandowsky said online misinformation is a contributing factor, adding that while some steps had been taken to remove false claims, sites like Facebook and YouTube are “not doing enough”.

“One of the reasons these hardcore refuseniks exist is because they can live in their own ecosystem of misinformation,” he said.

It’s truly hilarious hearing a delusional libtard professor telling other people they live in a bubble. 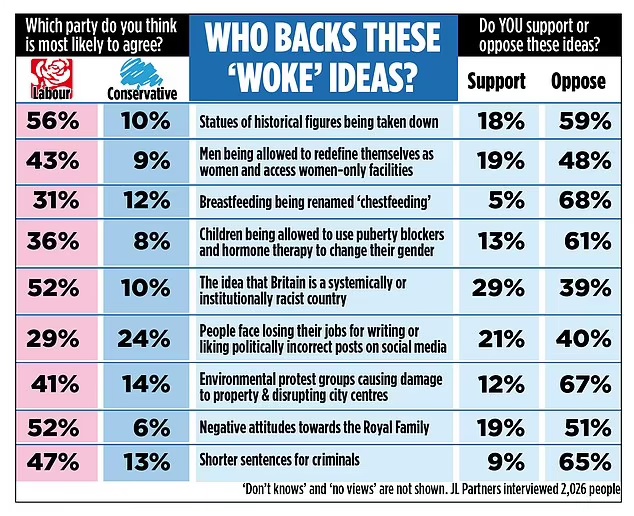 Maybe the state should force you to go on a diet?

Online Covid misinformation is “a very serious public health issue”, according to one expert.

Imran Ahmed, chief executive of the Centre for Countering Digital Hate, told PA: “People have died, and more still are at greater risk of suffering from Covid, because they got their medical information from Facebook and other social media sites.

“These platforms are chronically polluted because anti-vaxxers have been allowed to dump toxic misinformation into people’s feeds on a daily basis for years with impunity.

“Most people who haven’t been jabbed aren’t what you might refer to as ‘committed anti-vaxxers’ – they are merely vaccine-hesitant, because they’ve been deliberately and cynically targeted with a steady campaign of half-truths, baseless conspiracy theories and outright lies.”

The surest way to “deradicalize” people is to threaten them with violence and forced injections with Big Pharma juice.

While you’re at it, make sure you ban them off all the major social media platforms and make it against Big Tech’s terms of service to state documented facts about how the Big Pharma juice is failing.

Andrew Neil echoed the same propaganda in The Daily Mail in an article titled, “It’s time to punish Britain’s five million vaccine refuseniks: They put us all at risk of more restrictions, says ANDREW NEIL. So why shouldn’t we curb some of their freedoms?”:

There are still 5 million unvaccinated British adults, who through fear, ignorance, irresponsibility or sheer stupidity refuse to be jabbed. In doing so they endanger not just themselves but the rest of us.

If they contract Covid, it is they who will put the biggest strain on the NHS, denying the rest of us with serious non-Covid ailments the treatment that is our right. We are all paying a heavy price for this hard core of the unvaccinated.

As long as they can be numbered in the millions, the nation will remain unnecessarily vulnerable to the latest variant, meaning more lockdowns, more restrictions on our lives, more lost jobs, more failing business, less economic growth — all of which will follow the Government’s introduction of its so-called Plan B of enhanced restrictions this week.

[…] But for the rest it is simply selfish not to be vaccinated. We all have a responsibility to act in ways that don’t just protect our own health but also that of others.

All the arguments these hacks make in favor of vaccine mandates could be made far more fittingly in favor of fat camp mandates.

Beyond the massive costs of obesity when it comes to diabetes, heart disease and cancer, most of the people dying from covid are obese folks like Lewandowsky and Neil.

Mandatory fat camps and BMI passports for doughnut shops would undoubtedly save more lives than any “vaccine” mandate!